Home » Europe » Covid good news! The graphs that show lockdown could be lifted on June 21

Covid good news! The graphs that show lockdown could be lifted on June 21

June 21 is expected to mark ‘Freedom Day’ for much of the UK. If all goes to plan, social distancing measures will be scrapped, restrictions on hospitality and shops will cease, and life will largely return to normal for Brits after more than a year under COVID-19 restrictions. But speculation has been rife over the past week as to whether the Government will be able to press ahead with unlocking the country fully on June 21, due to the prevalence of the Indian variant in parts of the country.

The B.1.617.2 variant is now dominant in the Greater Manchester borough of Bolton and is behind a huge spike in cases that have resulted in surge testing and extra vaccines being deployed to the area.

Some 3,500 cases of the Indian variant have now been detected across the UK, with the number of people testing positive for the strain having more than doubled in a week.

But despite the spike and subsequent spread of the variant, Mr Johnson told the 1922 Committee of Tory MPs on Wednesday that he was confident about scrapping the one-metre plus social distancing rule as soon as next month.

Furthermore, an upbeat Matt Hancock led a Downing Street press conference last night where he claimed the Government had “increasing confidence” that current vaccines are highly effective against the Indian variant. 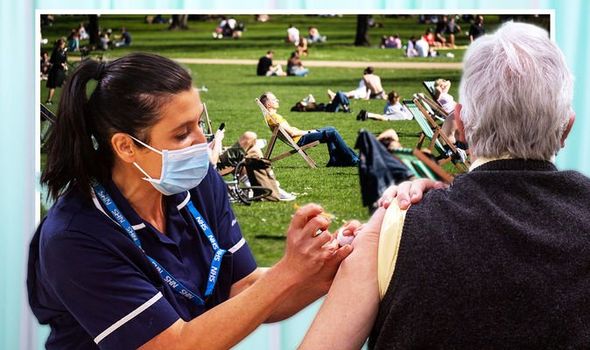 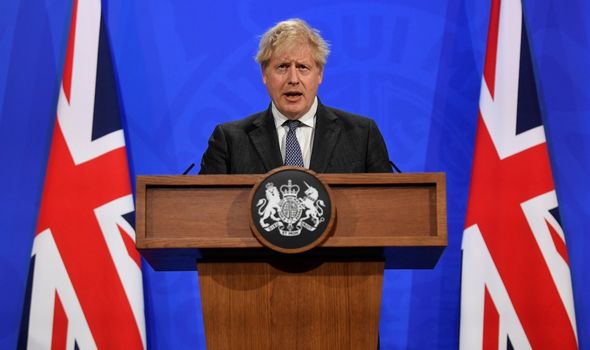 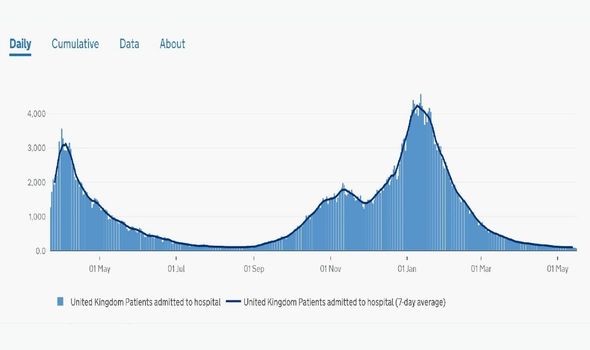 Will all restrictions be lifted on June 21?

Recent Office for National Statistics data reveals April was the first month since August 2020 where the number of deaths was below the five-year average, with fewer than 1,000 virus-linked deaths.

The overall death rate in England — 851.2 per 100,000 people — was the lowest rate for April since the ONS started recording mortality rates back in 2001.

Just ten areas across England and Wales had three virus deaths each, the highest amount in any UK postcode. 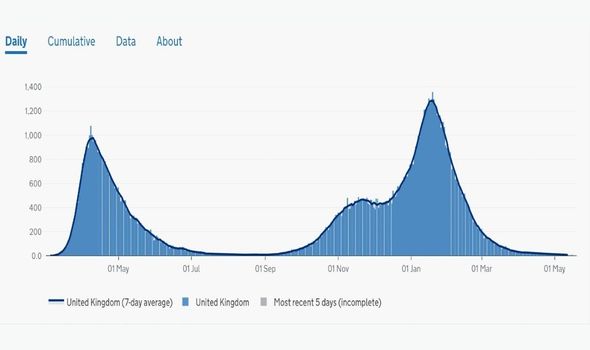 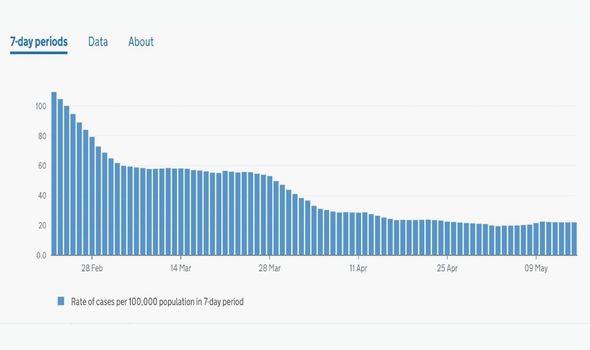 ONS data also reveals that coronavirus was the ninth leading cause of death in April, behind other big killers such as heart disease and dementia.

This is a significant drop from peak months of January and February this year, where on some days more than 2,000 deaths were recorded each day.

Scotland and Northern Ireland are currently recording a rate of 35.7 and 33.2 per 100,000 people respectively.

The rates in England and Wales are lower, with England recording a rate of 21 and Wales recording an incredibly low rate of 9.7.

Elsewhere, the UK’s vaccination programme has been one of the fastest moving in the world, with more than half of the adult population having currently received at least one dose. 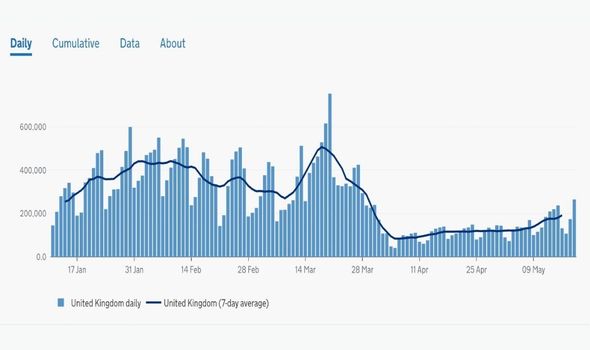 In light of increasingly good numbers across the UK, ministers yesterday offered hope that the June 21 plans would still able to go ahead because of fresh evidence that vaccines work against the Indian variant, and that the variant is likely not as highly transmissible as scientists first thought.

The Government’s official spokesperson said the optimism was based on daily figures, such as hospital admissions and testing rates.

But they warned it could take time before the Government was confident that plans for June 21 can become a reality.