COVID-19: Unvaccinated pregnant women make up one fifth of most critically ill coronavirus patients in England

Almost a fifth of the most critically ill COVID patients in England in recent months have been pregnant women, according to NHS England, which is urging expectant mothers to get their jabs.

Figures show that between July 1 and September 30 17% of patients receiving treatment through a lung-bypass machine were unvaccinated pregnant women.

Expectant mothers accounted for 32% of all females aged between 16 and 49 in intensive care on ECMO – a medical technique used when a patient’s lungs are so badly damaged that a ventilator cannot maintain oxygen levels. 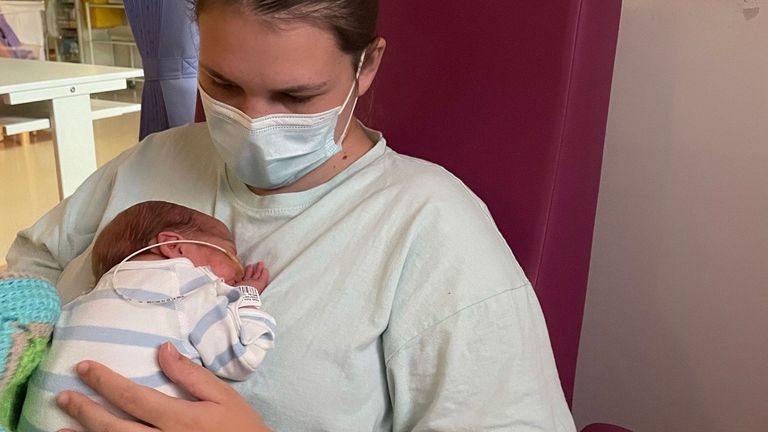 England’s chief midwife Jacqueline Dunkley-Bent said the figures act as a “stark reminder that the COVID-19 jab can keep you, your baby and your loved ones safe and out of hospital”.

The National Childbirth Trust said the statistics are a “damning indictment of the lack of attention given to this vulnerable group as restrictions have eased”.

Kelsie Routs, 23, had not been vaccinated when she contracted COVID in August. At the time she was 29 weeks pregnant.

She became so unwell that she was admitted to hospital, where her baby, Kobe, was delivered by emergency C-section.

Ms Routs was unconscious at the time and was then immediately placed into an induced coma to help her body recover.

She said she still “can’t quite get my head around what’s happened” and that it’s quite “hard to hear” what her family went through while she was in a coma. 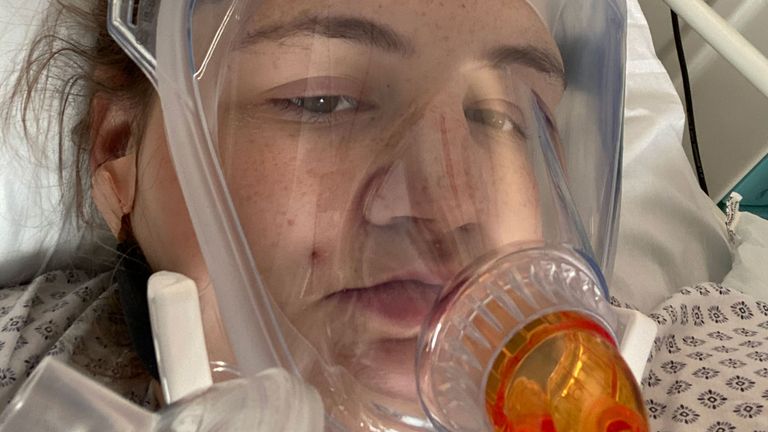 She said she regrets not being vaccinated, adding: “I think I’m going to get it now.”

Since mid-April 2021, mothers-to-be have been offered the Pfizer-BioNTech or Moderna vaccines. 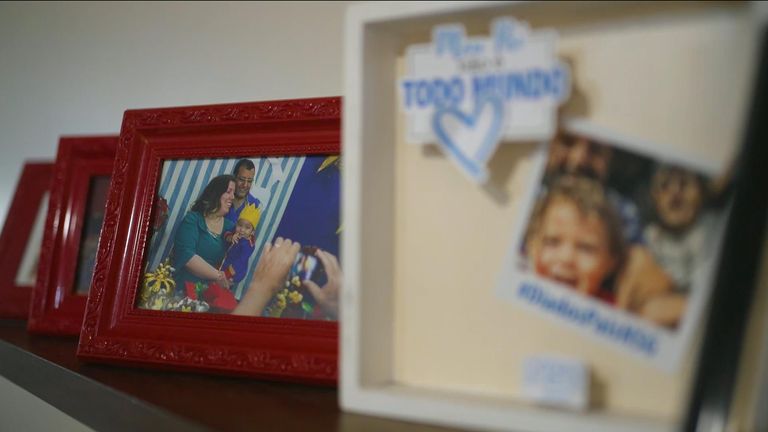 This is because there is more real-world data available for these jabs, as they are widely used in the US.

Medical professionals have stressed there is no data indicating the vaccine leads to worse outcomes for babies. 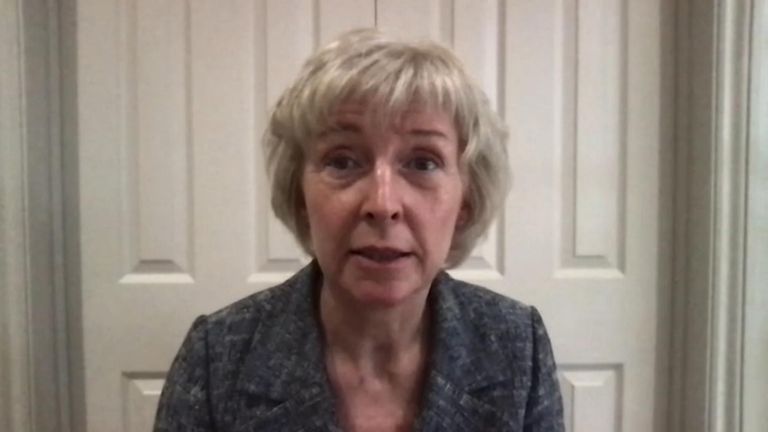 However, the disproportionate number of unvaccinated pregnant women in intensive care shows there is a significant risk of severe illness from COVID-19 in pregnancy, according to the RCOG.

Dr Mountfield believes the hesitancy among some pregnant women “hasn’t been helped by the fact we didn’t do any research right at the beginning on pregnant women” but that we are now at a point where there is enough efficacy data to say pregnant people should “consider getting the vaccine to protect themselves and their baby”.

Health Secretary Sajid Javid described the latest figures on expectant mothers in hospital as “desperately sad” and urged mothers-to-be to take advantage of the “significant protection” offered by coronavirus jabs.