Heathrow has opened a dedicated terminal for passengers on direct flights from red list countries, following concerns that they were mixing with those from green and amber nations.

Travellers on direct flights from red list destinations will now go through Terminal 3, although a dedicated facility for processing such travellers is eventually planned for Terminal 4.

It comes after airport staff raised fears for their safety because of overcrowding, amid concerns that travellers arriving from red list countries were mixing with those from green and amber.

People coming from different lists were getting stuck in a bottleneck before immigration, according to the GMB trade union which represents workers in the UK.

Currently, there are 43 countries on the UK government’s red list. However, direct flights can only be taken from a handful and only British and Irish nationals or UK residents are allowed to travel from countries on the list.

Under coronavirus rules, anyone who has been in a red list country is required to pay for hotel quarantine for 10 nights after their arrival.

A Heathrow spokesperson said: “Red list routes will likely be a feature of UK travel for the foreseeable future as countries vaccinate their populations at different rates.

“We’re adapting Heathrow to this longer-term reality by initially opening a dedicated arrivals facility in Terminal 3 from 1 June for red list passengers arriving on direct flights. 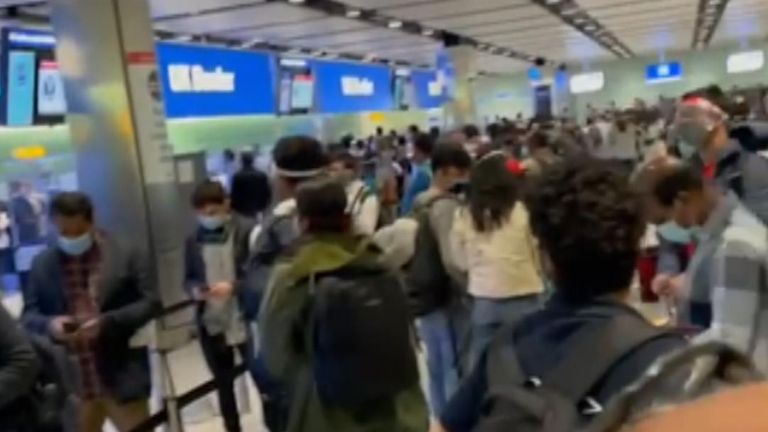 “While opening this facility will be logistically very challenging, our hope is that it will enable Border Force to carry out its duties more efficiently as passenger volumes increase in line with the green list.

“Until then, the current red list system will remain in place.

“This system has been designed by the government and has several layers of protection to keep passengers and colleagues safe – including mandatory negative COVID tests for all international arrivals, mandatory use of face coverings, social distancing, segregation and enhanced cleaning regimes and ventilation in immigration halls.”

They added: “We will move this facility to Terminal 4 as soon as operationally possible.” 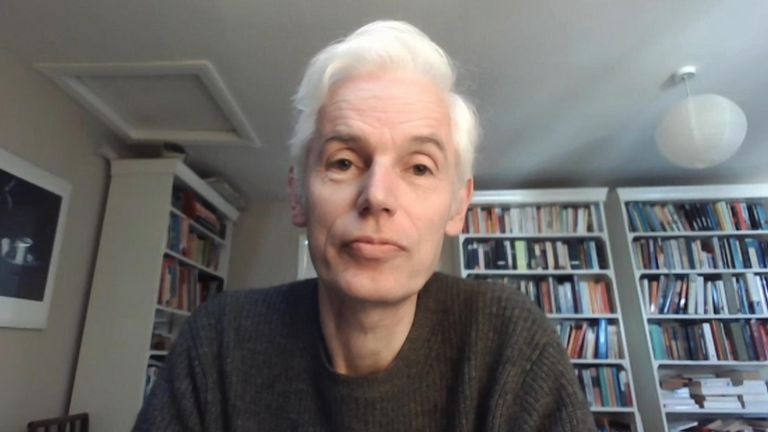 Heathrow previously said it is in negotiations with the government over the cost of the new facility.

Airport officials claim they need to recover some of the cost of it because it is government policy.

Heathrow says it has lost £2.4bn due to the pandemic and is suffering losses of £5m every day.

Bosses claim they have received limited financial support from the government and unlike retail businesses have had to continue to pay business rates in line with when they had 80% more passengers.

Downing Street has said it is up to airports to ensure those returning from red list countries were separated from other travellers.

It comes as a government scientist told Sky News there is a “significant chance” the government’s target of lifting remaining lockdown restrictions from 21 June will change.

Professor Adam Finn, a member of the Joint Committee on Vaccination and Immunisation (JCVI), cast doubt on whether Prime Minister Boris Johnson will be able to proceed with his timetable for easing COVID rules as planned.

He said that “things are much more up in the air” than they were earlier this month, due to the spread of the Indian variant of coronavirus in the UK.

UK coronavirus cases exceeded 3,000 on Monday for a sixth day in a row.

Before this, the UK had not surpassed that figure since 12 April.