Young people have been urged not to attend illegal raves as one of London’s most senior police officials warned that new laws clamping down on them are unenforceable.

Legislation intended to help police tackle those flouting coronavirus rules came into force on Friday, meaning organisers of illegal raves could be hit with £10,000 fines.

However, Metropolitan Police Federation chairman Ken Marsh complained on Saturday the law “could be good for areas outside London, but it means absolutely nothing to us here”.

“People just set up a music box in the middle of the street and say ‘it’s not mine’, it’s utter nonsense,” Mr Marsh explained.

Home Secretary Priti Patel defended the laws in an article for The Daily Telegraph, claiming they represented a crackdown on “the most serious breaches of social distancing restrictions”.

She added that the Metropolitan Police have responded to more than 1,000 of the “unacceptable” events since June. 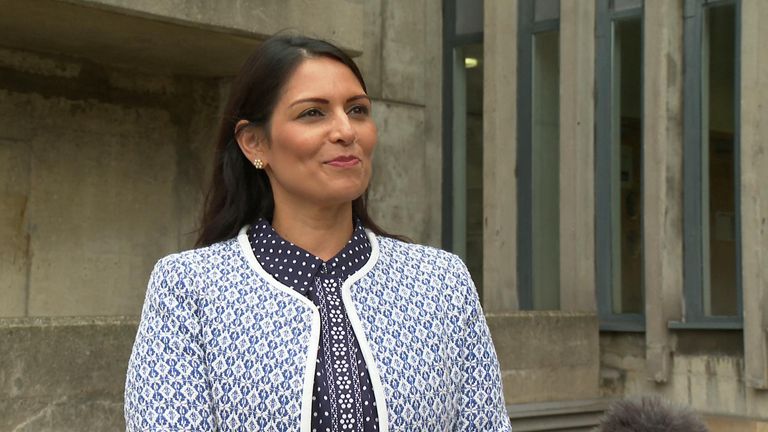 Andy Rhodes, the chief constable of Lancashire Constabulary, said that confusion over the lockdown rules was being used as an excuse by some to ignore distancing measures.

“We’ve had people who have clearly, fragrantly, ignored the rules and had a wedding for 200 people,” Mr Rhodes said.

“There’s no one anywhere who could misinterpret the current rules to say that 200 people in your back garden or in your house or in an area is going to be okay,” he added.

Writing in The Daily Telegraph, Ms Patel said: “It is critical that you consider the potential impact of these events, otherwise we risk undoing all the hard work the majority have done to stop the spread of this deadly virus.

“I urge you to seriously consider the risks you’re creating for everyone in attendance, as well as the wider community,” she added.

The new laws also mean that those not wearing masks and people participating in unlawful gatherings could be fined £100 for their first offence, doubling for each repeat offence to a maximum of £3,200.

Mr Rhodes said: “Given it’s the bank holiday weekend, what we’re saying to people is be sensible, respect the work that some of the people have put into trying to arrange events sensibly, if they’re online etc.

“Try and get the best out of those, but do it within the law and do it safely, without risking creating a spike in infections in your local community, because we have seen across the North West just how damaging that can be to the economy, to vulnerable people.

“It takes away some of those freedoms that we’re starting to get back, so our message is enjoy yourself but do it sensibly and don’t go anywhere near anyone who’s trying to organise events that are illegal.”