Home » Europe » Coronavirus WILL be beaten by Spring, Boris Johnson vows ‘I’m not alone in this optimism’

Coronavirus WILL be beaten by Spring, Boris Johnson vows ‘I’m not alone in this optimism’

But he told the Commons there is cause for optimism in the battle against the killer virus. He appealed to the country to “come together” to help save lives and prevent an NHS crisis by following the tough new rules. And he said making a success of the shutdown will mean people back in the shops next month preparing for Christmas.

Mr Johnson promised MPs the new restrictions will end on December 2 “whatever happens” and told MPs they will be given a vote on what measures replace them.

Major medical and scientific advances, including the “real prospect” of a vaccine and improvements in treatments, have been made since the virus first hit, the PM said.

A massive expansion quick turnaround tests in the next few days and weeks will also be a crucial part of the exit strategy, MPs were told.

“I believe that these technical developments, taken together, will enable us to defeat this virus by the spring, as humanity has defeated every other infectious disease,” Mr Johnson said. 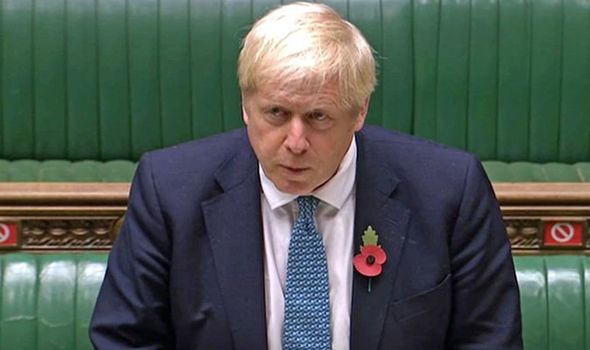 “And I am not alone in this optimism. But I cannot pretend that the way ahead is easy, or without painful choices for us all.

And so for the next four weeks I must ask the people of this country to come together, to protect the NHS, and to save many thousands of lives.”

He said: “I do think there is the prospect of a much brighter future ahead if we can make a success of these national measures, open up again in December, give people the chance of some shopping, some economic activity in the weeks leading up to Christmas and then beyond.”

Mr Johnson confirmed the details of his lockdown plan in the Commons as Britain had recorded the fewest daily coronavirus cases in a fortnight.

Department of Health figures showed 18,950 people tested positive for the disease, a fall of 9.3 percent in a week and the lowest since October 19 when 18,804.

But experts warned it was too early to say if the drop is down to regional restrictions or a glitch in the reporting system.

The Government said a further 136 people had died within 28 days of testing positive for COVID-19 as of Monday, taking the UK total to 46,853.

Mr Johnson confirmed the details of his lockdown plan in the Commons as Britain had recorded the fewest daily coronavirus cases in a fortnight.

Department of Health figures showed 18,950 people tested positive for the disease, a fall of 9.3 percent in a week and the lowest since October 19 when 18,804.

But experts warned it was too early to say if the drop is down to regional restrictions or a glitch in the reporting system.

The Government said a further 136 people had died within 28 days of testing positive for COVID-19 as of Monday, taking the UK total to 46,853.

Mr Johnson warned that “without action” there could be twice as many deaths over the winter as in the first wave, meaning there is “no alternative” but another national lockdown.

He said that COVID-19 presents an “existential threat” to the NHS, with doctors being forced to choose which patients to treat and “who would live and who would die”.

But the PM is facing a Tory rebellion over the lockdown when MPs vote on the new plan tomorrow .

Charles Walker, the vice-chairman of the 1922 Committee of Tory backbench MPs, predicted there will be up to 15 rebels on the Government’s benches. 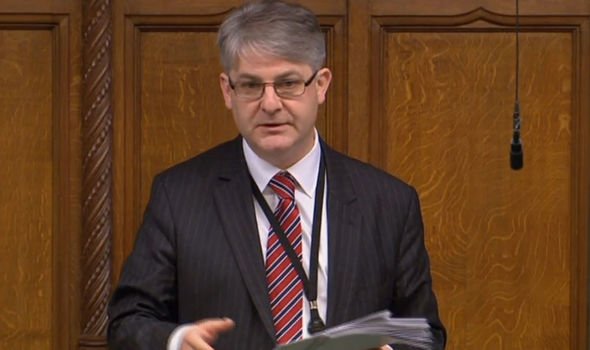 He said there is a drift towards becoming a “coercive and authoritarian state” and he will join the rebellion.

Backbenchers voiced their anger with the PM as he took nearly three hours of questions in the Commons.

“As a Conservative I don’t believe that collapsing the economy is ever the right solution to any problem,” he said.

The Conservative former Cabinet minister Andrea Leadsom said: “This lockdown since March has been devastating for so many people and only very reluctantly will I be supporting the latest lockdown measures when they come to this House on Wednesday.”

Chairman of the 1922 Committee Sir Graham Brady called for a full impact assessment of the “jobs that will be lost, businesses that will fail and the enormous toll on people’s mental and other aspects of their health, the lives that will be lost as a result of lockdown”.

Sir Bernard Jenkin, the Tory chairman of the Commons Liaison Select Committee, said that he will support the measures “because nobody has put forward a viable immediate alternative” that would avoid the overwhelming of the NHS.”

Mr Johnson attempted to reassure restive Tories that the restrictions will end on December 2 ahead of tomorrow’s vote. 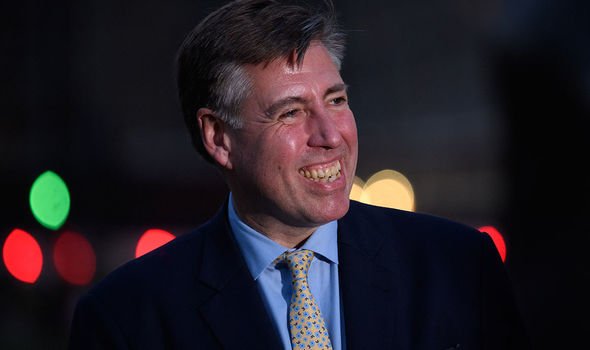 He is expected to secure a comfortable majority as most Tories as well as the Labour party will back the lockdown.

Mr Johnson had intended to announce the measures in the Commons yesterday but was forced into giving details on Saturday night in a press conference after the plans were leaked.

Commons Speaker Sir Lindsay Hoyle said the mole must apologise to MPs if they are identified in the inquiry launched into the leak.

Mr Johnson’s plan to revert to regional restrictions on December 2 has fuelled hopes of Christmas celebrations.

Cabinet Office Minister Michael Gove chaired a meeting of the government’s Cobra committee with ministers from Scotland, Wales and Northern Ireland who “!agreed to work together on a joint approach to the Christmas” coronavirus rules.

The government confirmed yesterday that it has met its target of making 500,000 daily coronavirus tests available.

Health Secretary Matt Hancock said: “I am so grateful to the teams who have worked tirelessly over the past few months to meet this milestone, building the UK’s daily coronavirus testing capacity to 519,770. More testing means more cases of coronavirus are identified, helping break chains of transmission and stopping this disease spreading.

“NHS Test and Trace is a crucial weapon against this virus – but it’s no silver bullet. As cases are rising, everyone must continue to play their part by following new restrictions and advice of NHS Test and Trace if they are contacted.”