Scientific advisers have pointed out a hike in infections in the UK relating to the South African strain, as well as a new strain originally found in Nigeria, iNews has reported. Data obtained by the news outlet suggests more than 470 cases of the South African variant, B1351, have been resisted in the UK.

One week ago the figure was significantly lower, with 400 infections of the strain.

At the start of February only 150 cases of the new variant had been discovered in the UK.

The Nigerian strain, labelled B1525, had infected fewer than 100 people at the end of February.

However, the number of infections surged to around 250 by the end of March and 300 by this week. 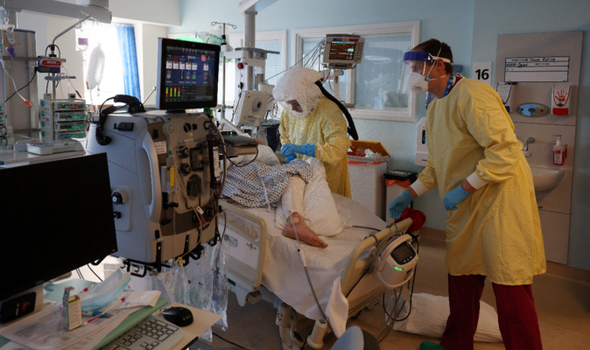 A senior Sage source told iNews: “If it can infect and transmit in vaccinated people, B1351 will increase in that population.

“It is slowly going up, but that might be because we are looking for it so hard.”

In its latest report on the advance of the coronavirus pandemic, Sage warned the South African variant remained of significant concern in the UK.

It said: “The widespread transmission of a variant that circumvents vaccine-induced and naturally acquired immunity is a realistic possibility.

“Some parts of continental Europe have relatively high prevalence of B1351, and this variant in particular is of great concern, given the known reduced protection against mild to moderate disease from certain vaccines for this strain. 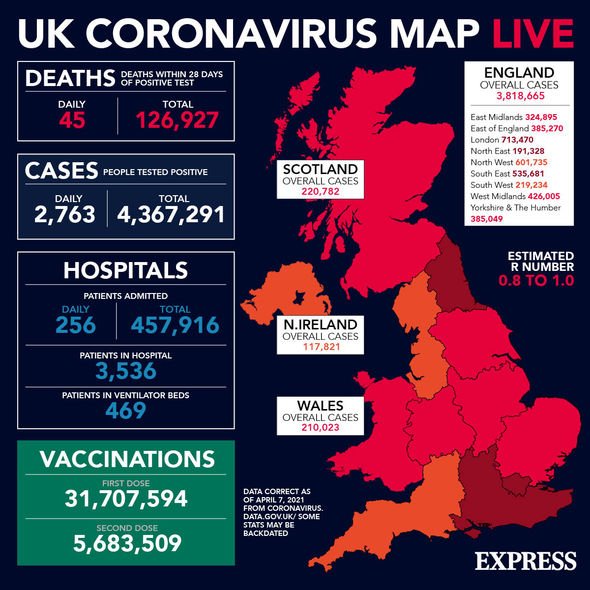 “A large proportion of the UK population would be susceptible to B1351, whether they have been vaccinated or not.”

On Monday, Professor Neil Ferguson, an adviser on the Government’s The New and Emerging Respiratory Virus Threats Advisory Group (Nervtag) committee said preventive measures at borders should be ramped up.

He said: “At the moment, there is a very long list of exemptions for jobs and professions – if you’re a truck driver or travelling on Government business, then you don’t have to quarantine and you don’t have to even test.

“I think it would be sensible for at least everyone to be tested when they are coming in.”