More than two million people are having to wait more than 18 weeks for hospital treatment in England, according to NHS data.

It is the highest number for any month since records began in August 2007.

NHS England data also showed 83,203 people are waiting more than a year – the highest for any month since November 2008.

It comes after all non-urgent elective surgery in England was paused to free up around 30,000 beds at the start of the coronavirus outbreak.

Professor Neil Mortensen, president of the Royal College of Surgeons, said it was “disappointing” to see waiting lists mount up.

He said people who have waited many months or years “cannot afford to wait until next spring”.

“For those unable to return to work due to their condition, this is not only a health issue, but an economic one too.” he added.

“We urgently need to build up our hospital reserves if we are to see this winter through. Flu, together with continuing local COVID-19 outbreaks, must not bring surgery to a standstill again, or thousands more will suffer.”

Owen Weir, 28, is one of many patients who have been waiting a long time.

After being diagnosed with cancer last year, he was due to start radiotherapy in March but received no active treatment for five-and-a-half months.

Three of his friends have died from cancer in the last couple of months and he wants the government to do much more.

“At the minute I’m in quite a stable place – we don’t know how long for,” said Mr Weir.

“Now the problem we are getting into is, it is going to be like a lottery for people who need treatment as it’s going to have to become a balance of urgency…

“Are we going to be the people who loses out next time when the second wave hits. Is this going to happen again?” 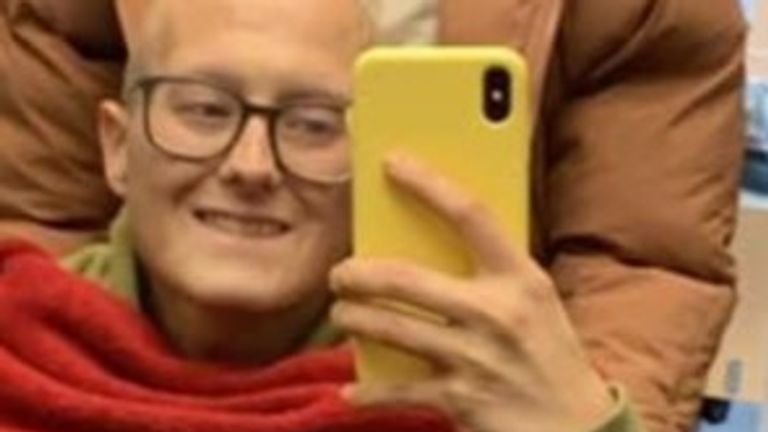 According to Gbemi Babalola, a senior analyst at The King’s Fund, these wait times are a “timely reality check on the challenges facing NHS services” as they continue to deal with a backlog of patients due to the coronavirus pandemic.

Ms Babalola said that while NHS staff are working towards restoring capacity “there needs to be honesty about what is achievable”.

She added that as winter nears “long waits for routine diagnostic and surgical procedures are likely here to stay”.

The number of people admitted for routine treatment in hospitals in England fell to 142,818 in July – more than half the figure the previous year.

However, the fall is not as steep as earlier in the COVID-19 pandemic. The year-on-year decrease in June was 67%, and 82% in May.

In another decrease attributed to the coronavirus outbreak, A&E visits in England fell 33% in June and 30% in July.