A full list of the countries exempt from England’s coronavirus travel quarantine has been released by the government.

A list of more than 70 countries and territories where English holidaymakers can visit without self-isolating on their return has been published by the UK government.

Fourteen British Overseas Territories are also included, with Ireland, the Channel Islands and the Isle of Man already exempt. 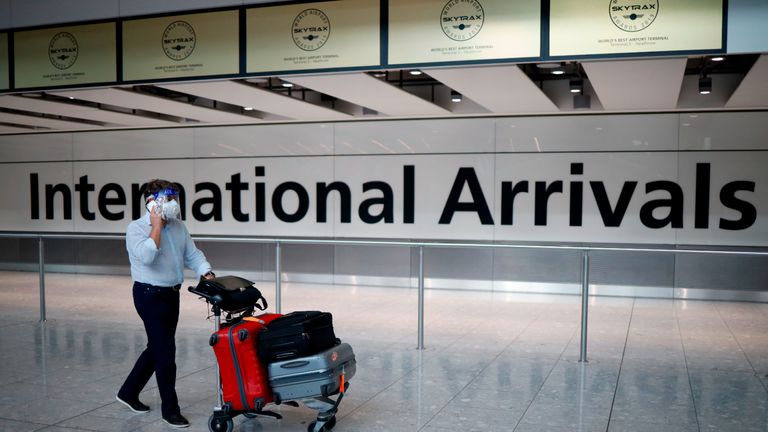 Among the countries not on the list are the United States, Portugal, Sweden, Mexico, Brazil, Russia, Iran, India, Pakistan, Bangladesh, China and Taiwan.

The exemptions will apply from 10 July.

The Department for Transport said the approved destinations pose “a reduced risk to the public health of UK citizens”, but the list will be kept “under constant review”.

It has indicated that reciprocal arrangements between England and overseas nations have not been confirmed.

It is Downing Street’s “expectation” that a number of exempted countries will also not require arrivals from the UK to self-isolate.

Officials “continue to work closely with international partners around the world to discuss arrangements for travellers arriving from the UK,” the government has said.

Scotland, Wales and Northern Ireland will “set out their own approach” to exemptions, the Department for Transport has said.

The first ministers of Wales and Scotland have criticised the UK government’s “shambolic” handling of its coronavirus travel quarantine.

The Foreign Office has also revealed which countries will be exempt from its advice against all but “non-essential travel”.

This will mean that people can travel to a number of destinations overseas with regular travel insurance policies.