The number of free HIV self-testing kits issued in London was 20% higher during the first eight weeks of lockdown than the same time last year, Sky News can reveal.

The data comes as the sexual health charity Terrence Higgins Trust (THT) says the UK has a “brilliant” opportunity to combat the spread of HIV during the coronavirus pandemic, by utilising the home testing kits, as well as social distancing.

Freedom of Information requests put out to London borough councils by Sky News show 48,452 kits were sent to residents across the city between 23 March and 18 May this year by the online service Sexual Health London.

In some parts of the capital, demand for home testing kits increased by over 70%.

The kits can be used by members of the public to take their own samples for HIV, as well as other sexually transmitted infections.

Ben, who lives in Yorkshire, is HIV negative and non-binary .

They said testing from home has helped them keep on top of their sexual health, but have also proved essential for difficult situations. “The first time that I tested was after a sexual experience with someone. Halfway through, I realised he was no longer wearing a condom.

“That was genuinely the most terrifying experience.”

As a non-binary person, Ben said, they also find using the kits a lot easier than having to go to a clinic.

They’re not alone – further figures seen by Sky News suggest the number of people who identify as non-binary that used the Sexual Health London service increased by over 100% in 2020 compared to 2019.

“When you’re trying to book appointments on the phone, receptionists don’t believe I am who I am. Even when I do give my birthday, my address.

“And then when I do speak to a doctor, I feel like the first 10 minutes is me telling them what non-binary means… and then the appointment’s over and I didn’t even get what I wanted to get fixed.” 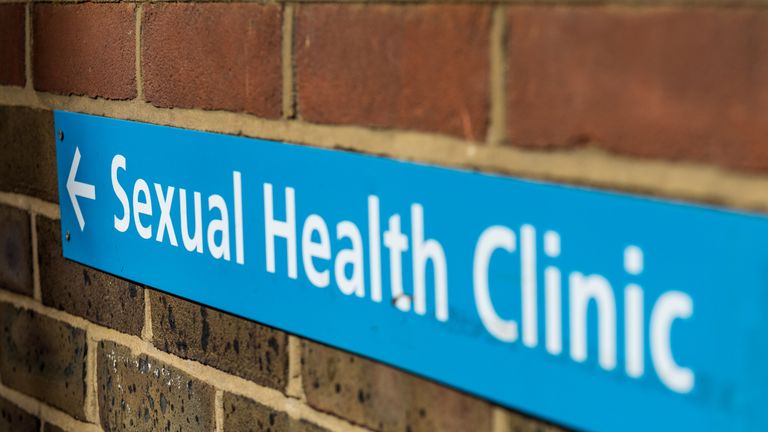 Since lockdown, many sexual health clinics in the UK have been unable to provide face-to-face services due to social distancing measures.

In April, during the height of the pandemic, the British Association for Sexual Health and HIV found just over half of all sexual health clinics had closed their doors.

But, for the last few weeks, THT, along with Public Health England, and regional HIV charities and health boards, have been helping provide free testing for all.