Boris Johnson has joined people across the UK in clapping to pay tribute to NHS staff on the health service’s 72nd anniversary.

Hospital staff gathered outside their places of work to take part in the nationwide round of applause at 5pm on Sunday. 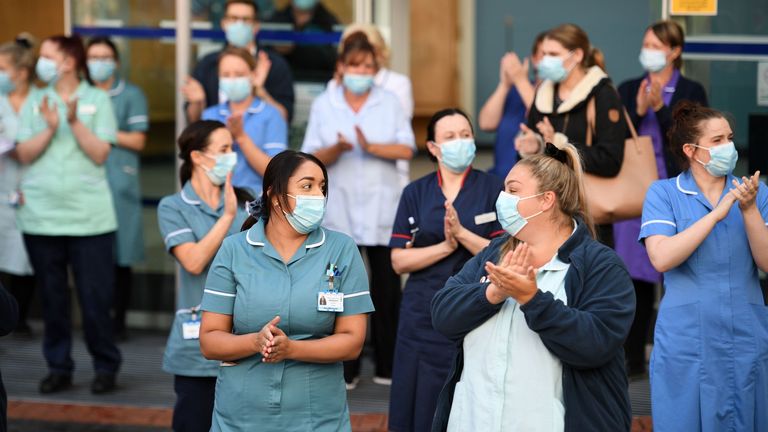 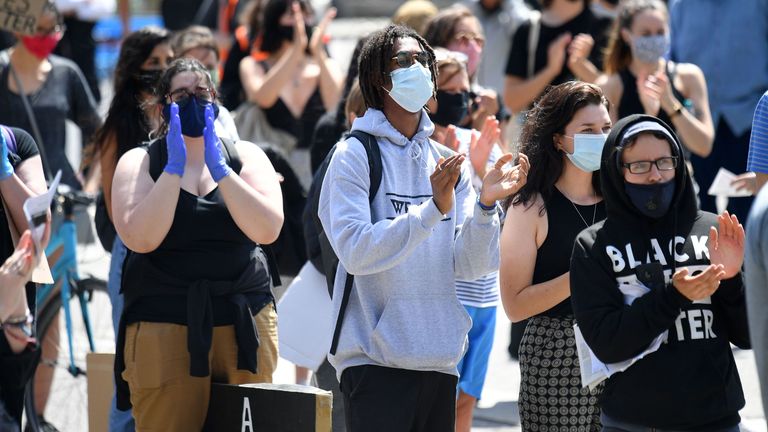 Members of the public had been encouraged to take part as a way of saying thank you to NHS staff who have worked throughout the coronavirus pandemic.

It follows the weekly nationwide clap for carers events, with those behind the plan hoping it will become an annual tradition.

The prime minister met NHS workers in the Number 10 garden on Sunday afternoon, while public buildings including the Royal Albert Hall, Blackpool Tower and the Shard were lit up blue in tribute to the health service.

Mr Johnson had previously urged the public to clap for “those who have worked tirelessly and selflessly to help the nation get through this pandemic”.

Earlier in the day, protesters who had gathered in support of the Black Lives Matter movement at Marble Arch in London paused to give a round of applause in celebration of the NHS anniversary.

Liverpool and Aston Villa players had also lined up to clap ahead of their Premier League match at Anfield. 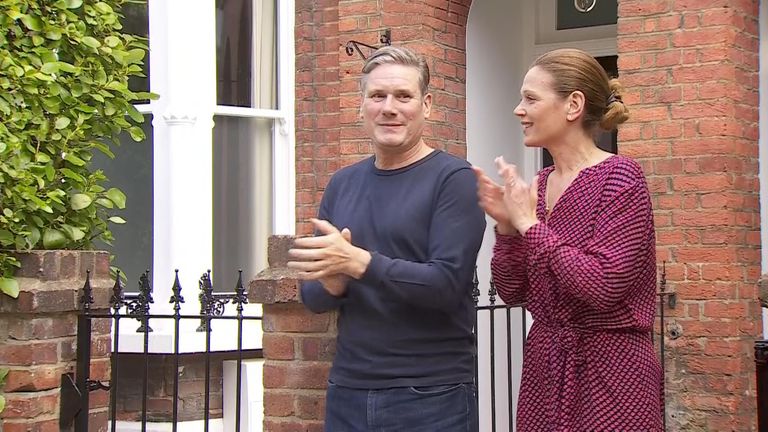 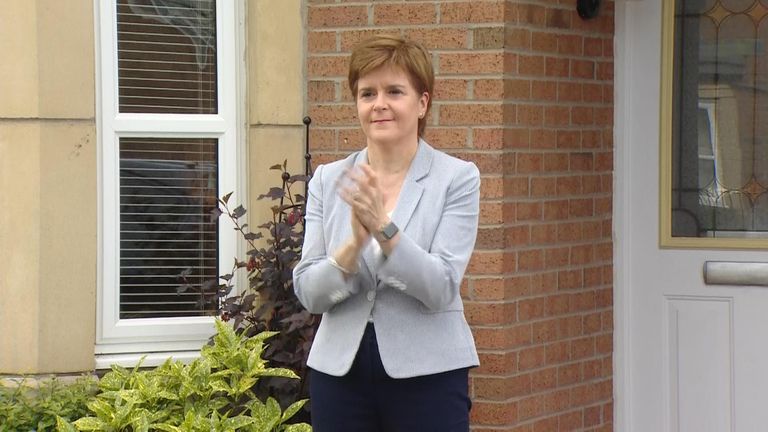 Paramedic William Young was among around 25 staff and patients who gathered to clap outside Bridlington Hospital in East Yorkshire.

“I’ve worked for Yorkshire Ambulance Service for over 12 years now and I’ve never felt prouder than I have this year,” the 38-year-old said.

“The NHS has really stepped up to the COVID-19 pandemic and some of my colleagues have made some tremendous sacrifices.

“I think today’s clap has reminded us all that while we are still fighting COVID we have so much to be grateful for in our NHS.”

And sharing a photo of himself clapping for the 5pm round of applause, Health Secretary Matt Hancock tweeted: “Fantastic to come together on the NHS’s 72nd birthday to once again clap for all our carers. Thank you all for everything you do.”

Mr Johnson was joined outside 10 Downing Street by Annemarie Plas, the woman who came up with the idea of the weekly Clap For Our Carers tributes. 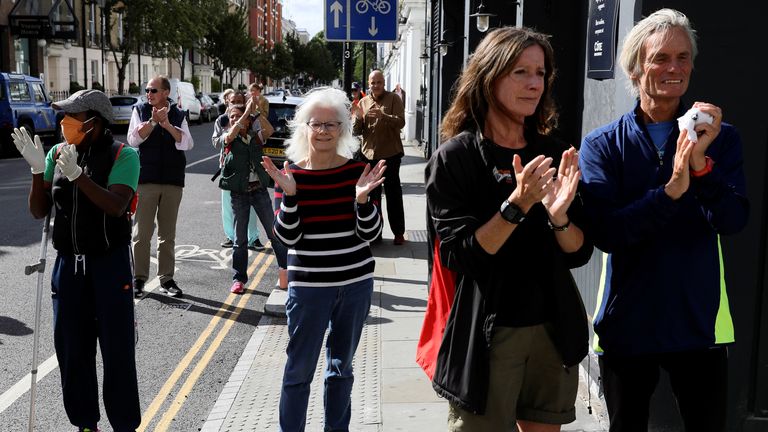 “I think it’s good to have the last of the series next Thursday, because to have the most impact I think it is good to stop it at its peak,” the 36-year-old from south London said at the time.

The practice had faced criticism from some who claimed the gesture was meaningless when, they said, the NHS has been chronically underfunded and its staff underpaid for more than a decade. 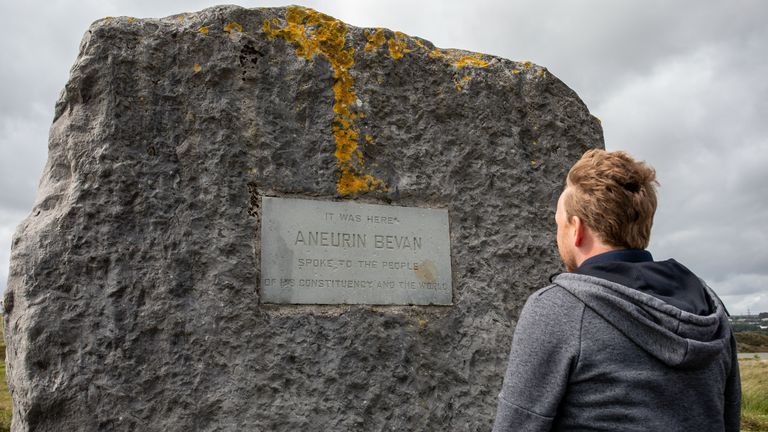 An anonymous doctor wrote to The Guardian in May, saying: “Don’t feel you need to clap. Enough with the rainbows.

“When this ends, people need to show their value of key-working staff in practical ways; pay them enough to be able to live in our cities, and recognise, support and welcome immigrant staff who prop this country up.”

The establishment of the NHS was led by Labour MP and then Minister of Health Aneurin Bevan after the Second World War to provide medical care free at point-of-need to all Britons, regardless of wealth.