Jimmy Lai, one of Hong Kong’s most prominent pro-democracy figures, was arrested on Monday under the new security law brought in by China. Following the arrest of the media tycoon and other individuals, Prime Minister Boris Johnson accused China of using the new law as a pretext to silence opposition.

A spokesperson from the Chinese Embassy in the UK issued a statement in response to Mr Johnson’s remarks.

It read: “The Chinese side expresses grave concern over and strong opposition to the UK side’s irresponsible remarks on the lawful arrest of seven individuals, including Jimmy Lai.

“Such remarks are in disregard of China’s solemn opposition and constitute yet another act of interference in Hong Kong’s judicial affairs, which are China’s internal affairs.

“Hong Kong is under the rule of law, where no one has extra-judicial privilege. 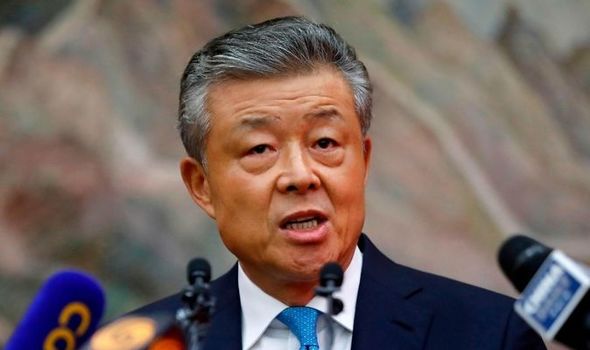 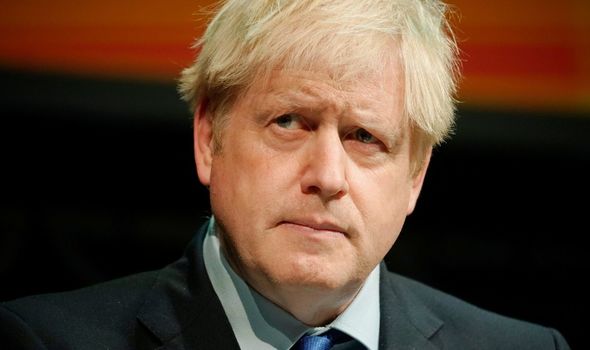 “Jimmy Lai and a small group of anti-China elements seeking to disrupt Hong Kong have colluded with external forces in acts and activities that jeopardize China’s national security and challenge the limits of law.

“Their arrest is a lawful act of duty and responsibility by the enforcement institution of Hong Kong SAR.”

Mr Lai’s media company, Next Digital Media, said it was “furious” about the raid and arrests. 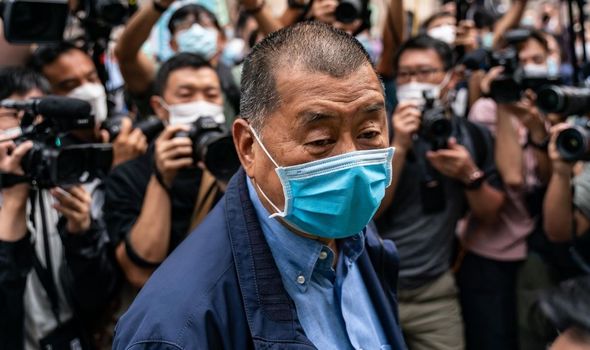 It warned how press freedom was “hanging by a thread” in Hong Kong but said its staff remained committed to defending it.

The media tycoon was arrested with six other individuals including his son on Monday.

In response to the arrests Mr Johnson urged Hong Kong to “uphold the rights” of its people.

He said: “This is further evidence that the national security law is being used as a pretext to silence opposition. The Hong Kong authorities must uphold the rights and freedoms of its people. 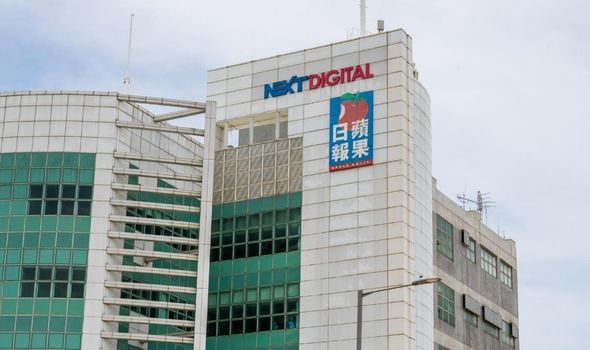 “We are deeply concerned by the arrest of Jimmy Lai and six other individuals in Hong Kong.

“Freedom of the press is explicitly guaranteed in the Sino-British Joint Declaration, and basic law, and is supposed to be protected under Article Four of the National Security Law.”

But the Chinese Embassy in the UK demanded Mr Johnson to stop using freedom of press “as an excuse to discredit” the new law.

“We urge the UK side to have a clear understanding of the reality and the overwhelming trend, immediately stop using freedom of the press as an excuse to discredit the National Security Law for Hong Kong SAR, stop supporting anti-China elements seeking to disrupt Hong Kong, and stop interfering in the affairs and judicial independence of Hong Kong SAR. 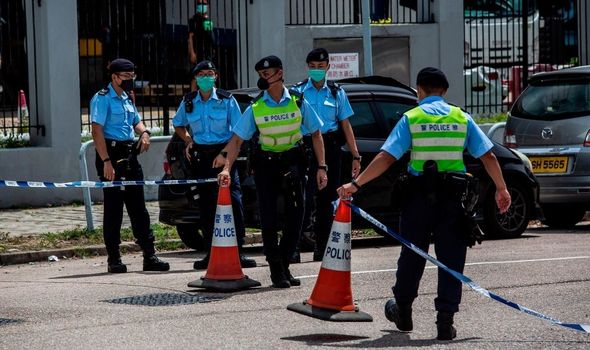 “Interference in China’s internal affairs in whatever form are self-defeating.”

The arrest of Mr Lai marks one of the biggest moves in Beijing’s crackdown against the pro-democracy movement in Hong Kong.

“Jimmy Lai should be released at once and any charges dropped.”