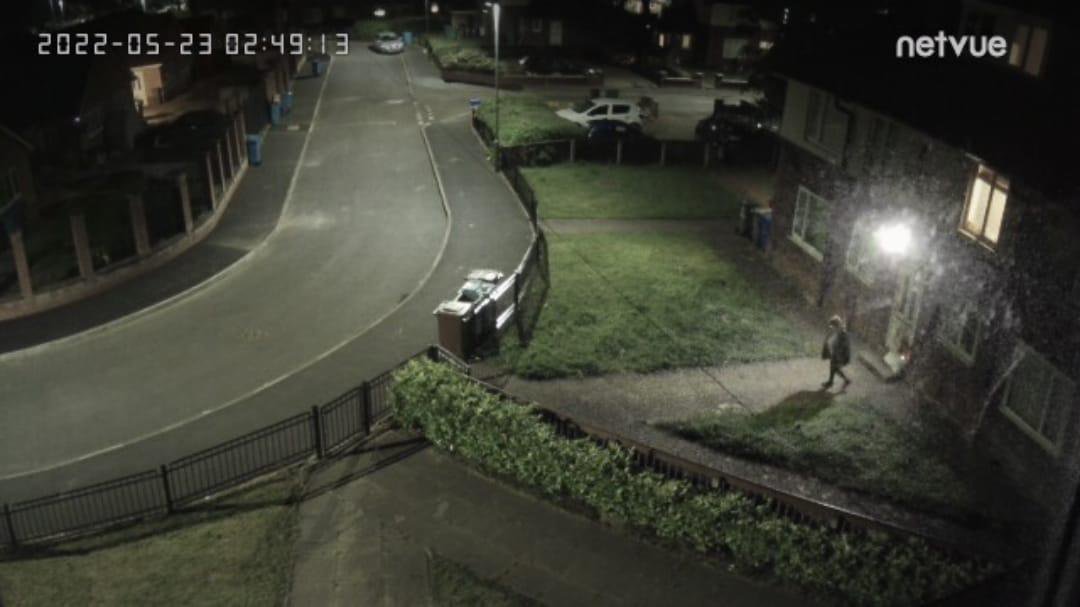 This is the disturbing moment a woman torched a block of flats as her neighbours slept, before calmly walking away.

Nora Ward, 62, set fire to the communal entrance after a 10-year dispute with locals came to a head in May this year.

CCTV footage shows her carrying something ignited and placing it by the door, which is the only exit for three families in Wythenshawe, Greater Manchester.

A court previously heard the residents could smell smoke in the early hours, before noticing the damaged door in the morning.

The dispute between Nora Ward and her neighbour Nicola Wilde had been going on for years, the court heard.

In the days and weeks leading up to the incident on May 23, two fires were started in the communal area and had to be put out.

Ward later told police she couldn’t remember what had happened as she’d been drinking.

Despite neighbours speaking of their fear at being killed, Ward was handed a suspended sentence for arson and allowed to continue living in the block.

It has forced Wilde to go and stay with her partner some 40 miles away.

Judge Nicholas Dean previously told Ward: ‘Starting a fire is arson and there was a risk to peoples’ wellbeing and they could have been harmed or killed, it’s a very serious offence.

‘Your neighbours are fearful about the persistence of you doing this again. I hope that you won’t do it again.’

A spokesperson for Wythenshawe Community Housing Group, who manage the building, said: ‘We are aware of the ongoing dispute between Ms Wilde and her neighbour Ms Ward.

‘Following Ms Ward’s release from prison we are liaising with the police and probation services to ensure the appropriate safety measures are put in place.

‘This will include replacing the damaged communal door which has unfortunately been delayed due to supply chain issues. In addition, Ms Wilde has been receiving assistance from our Living Well Team and we are supporting her request to be rehoused in another area.

‘We are committed to ensuring our customers feel safe within their homes and take these matters seriously.’