The Tory leadership contender’s arguments with his girlfriend have “nothing to do with his ability to be Prime Minister”, argued the columnist. Carole Malone also labelled Boris Johnson’s neighbours “Remainer sneaks” for passing on a recording of the row. Speaking on Sky News’ The Pledge, Ms Malone hit out: “So Boris Johnson has a shouty row with his girlfriend, having spilled red wine on her sofa and suddenly, he’s not fit to be Prime Minister.

“Apparently in La La Remainer Land, having shouty rows in the privacy of your own home is proof positive you’re a violent, despicable character not fit to hold high office.

“And the evidence of this comes courtesy of two Remainer sneaks, who taped the row between Boris and girlfriend Carrie Symonds, rang the police and then passed the recording to a Remainer newspaper, which published parts of their hacked conversation.

Ms Malone continued the fiery rant: “Sorry but Boris Johnson’s arguments with his girlfriend have absolutely nothing to do with his ability to be Prime Minister.

“He doesn’t owe the nation an account of what that row was about or the state of his relationship. 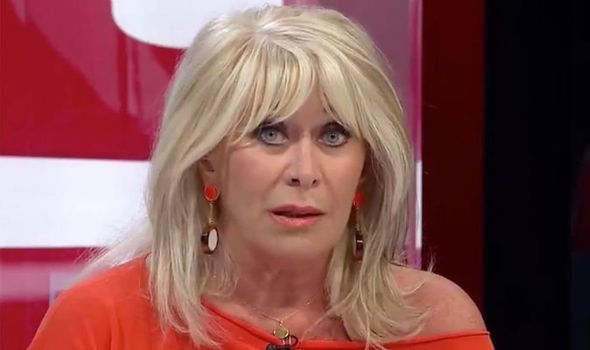 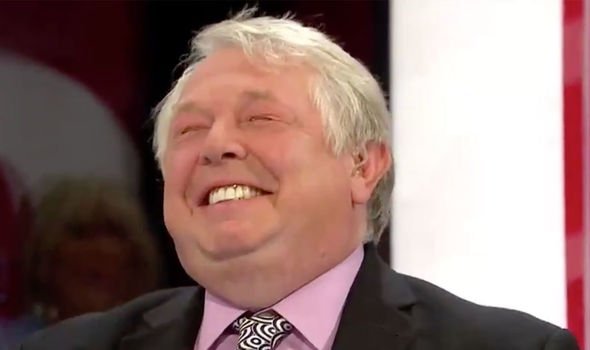 “Because contrary to what’s been claimed, it isn’t in the national interest. What is are his policies, his beliefs and his promise to deliver Brexit.”

The neighbour, Tom Penn, issued a statement after coming under fire from some Tory figures for releasing the recording of Mr Johnson having an argument with Miss Symonds.

Mr Penn, 29, said he heard the argument and only called police after knocking three times on Ms Symonds’ door and not getting a response.

The neighbour said he had since faced “bizarre and fictitious allegations” since the scandal broke.

Mr Penn said: “In the early hours of Friday morning, I answered a phone call from a takeaway food delivery driver. At the same time, I heard what sounded like shouting coming from the street. 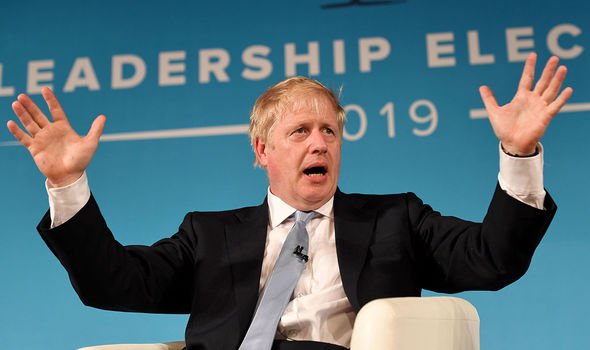 “I went downstairs, on the phone to the driver, and collected my food. On the way back into my flat, it became clear that the shouting was coming from a neighbour’s flat.

“It was loud enough and angry enough that I felt frightened and concerned for the welfare of those involved, so I went inside my own home, closed the door, and pressed record on the voice memos app on my phone.”

He added: “Once clear that no one was harmed, I contacted the Guardian, as I felt it was of important public interest. I believe it is reasonable for someone who is likely to become our next prime minister to be held accountable for all of their words, actions and behaviours.

Boris Johnson shamed by BBC debate host over Irish border row – ‘Can you hear me?’ [VIDEO]
Nick Ferrari interview ‘descends into farce’ with Boris Johnson on verge of walking out [VIDEO]
Tory leader LIVE: Boris says EU WILL renegotiate when they hear what he ‘really wants’ [LIVE BLOG]

“I, along with a lot of my neighbours all across London, voted to remain within the EU. That is the extent of my involvement in politics.

“The unpleasant things being said about myself and my partner, and some quite frankly bizarre and fictitious allegations, have been upsetting for not only us, but also for family, friends and fellow Camberwell neighbours, who are currently being harangued by the media. I would ask that you leave private citizens alone and focus instead on those who have chosen to run for power within the public eye.

“The attempts from some areas of the press to instead focus their stories on us, and in particular my wife, have been eye-opening, and very alarming. I would encourage anyone to record any instances where they feel concerned for another person’s safety.”

Mr Penn recorded the row and gave it to The Guardian newspaper. In the dispute, Mr Johnson can be heard shouting “get off my f****** laptop” before a loud crashing noise is heard.

Mr Johnson, who is up against Jeremy Hunt for the role of Prime Minister after Theresa May steps down on July 22, addressed the rumours earlier this week while speaking to supporters. A woman told the 54-year-old “we thought you were the best from the word go”. They added jokingly: “Just don’t have any more rows.” Mr Johnson said: “No more rows. No, no, no. All quiet, all quiet.”

The Metropolitan Police stated: “Police attended and spoke to all occupants of the address, who were all safe and well. There were no offences or concerns apparent to the officers and there was no cause for police action.”