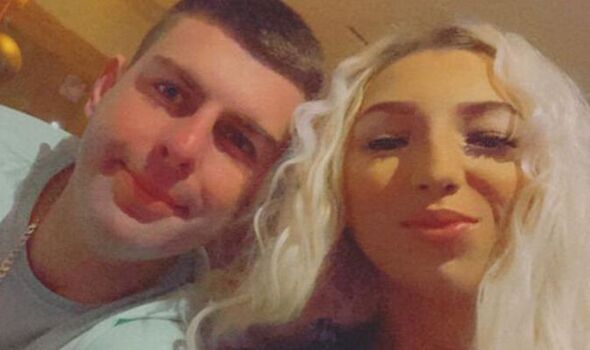 Darryl Morrey, now a delivery driver, and Rebecca Louise had spent a week enjoying an all-inclusive holiday in the Caribbean island of Barbados for a family wedding. However, when the pair arrived at Bridgetown Airport to return to Manchester, they found there was no record of their booking.

Mr Morrey said that the couple had frantically made around fifty calls to their travel agent’s emergency number, but were unable to fix the problem.

Their Aer Lingus plane took off without them in the evening on Wednesday.

With no local currency – as the holiday was all-inclusive – no hotel and no way back home, the couple were forced to seek refuge in a bus shelter for the night.

Mr Morrey described the experience as a “complete nightmare”, spending a night at a bus stop being “really scary for my partner”.

Mr Morrey and Ms Louise had spent £2,800 on the package deal, which had allowed them to attend Mr Morrey’s mothers wedding on the island.

All the other members of the party were able to catch their planes out of the country, but the couple were forced to leave their five collective children at home in Cheadle for even longer.

Mr Morrey told StokeonTrentLive: “When we got to the airport, they said they had no record of us being on that flight. We’d got there three-and-a-half hours early so I thought we’d get it sorted.

“I called Love Holidays’ emergency number but they kept telling us to wait. I rang 50-plus times and used 750 minutes of credit.

“They told us to speak to British Airways, a partner of Aer Lingus, but there wasn’t anyone there to help. They still wouldn’t let us on the plane and it took off without us.

“We’d been all inclusive at the hotel and we’d used all our spending money so we were completely stuck. All our relatives were uncontactable as they were in the air.

“We ended up spending the night at a bus stop. It was really scary for my partner, we didn’t get any sleep at all.

“There were men approaching her and drug deals going on. The hotel was really safe, but it’s a different story in Bridgetown at night. We were being harassed and my missus was so scared.”

He added: “My partner has four kids at home and I have one. We’re just glad we took the decision not to bring them with us. It’s been a complete nightmare.”

After spending a night on the streets of Barbados’s capital, the two were able to befriend another British couple, who let them use their internet to contact their relatives.

Mr Morrey’s mum was able to book TUI flights back around 24 hours after they should have flown out, at a personal expense of £1,200.

They were finally able to land back in Manchester after the travel ordeal on Friday morning.

Mr Morrey believes the error arose because Love Holidays had booked them on flights out on March 28 instead of March 30.

He explained: “After my mum paid for new flights Love Holidays rang me and eventually offered to pay for new flights. I’m now waiting to speak to a manager. We’ll be doing everything we can to get our money back.

“The holiday was great, we had a brilliant time celebrating my mum’s wedding. It’s just been ruined by what happened.”

Love Holidays is now investigating the complaint. A spokesperson said: “We are sorry to hear that Mr Morrey and his partner experienced difficulties with the return journey on their trip and had difficulties contacting Love Holidays via telephone.

“We appreciate any and all feedback from our customers and will be investigating this situation as a matter of urgency.”