Charity chiefs want a meeting with Foreign Secretary Dominic Raab after its Aid Match programme was put on hold for a year. It means 3,430 Afghan children due to receive education and training will now have to fend for themselves. Carey, who is global ambassador for the group which educates youngsters in conflict-torn regions, called the reversal “devastating”.

War Child has accused Mr Raab and PM Boris Johnson of breaking ­a promise to match £500,000 generated by the Daily Express-backed fundraising drive.

The charity’s vital projects in Afghanistan are in limbo after Aid Match payments were delayed from July to next April.

War Child set up the Torn from Home scheme to ­rescue children ­displaced by the almost ­continuous ­warfare in Afghanistan.

Carey, 35, the star of acclaimed movie Promising Young Woman, said backers and fundraisers offered support in the belief their donations would be doubled. 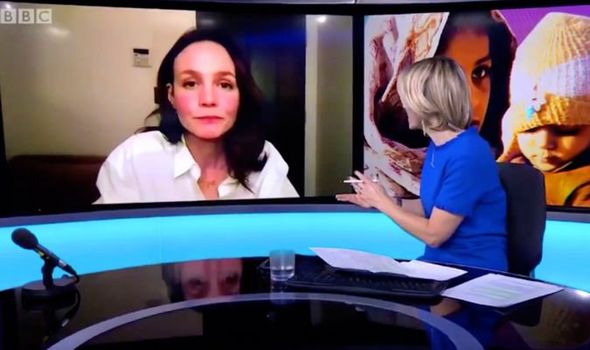 She told BBC2’s Newsnight on Tuesday: “People gave money in a time that was extremely difficult. And it was done with this promise that their money would go further. The Government are going back on their word.”

This financial year’s payments were stalled because aid expenditure has been cut by 0.2 percent of Gross National Income. Sarah Champion, chair of the Commons international development committee, said: “The Government needs to stop playing political games with the aid budget.”

A Foreign, Commonwealth and Development Office spokesman said: “The seismic impact of the pandemic on the UK economy has forced us to take tough but necessary decisions.”