Tourists were forced to either cut short their stay to make it back for Tuesday’s 4am ­deadline or settle for 10 days of isolation on their return. Those snapping up the emergency seats from carriers like British Airways and Ryanair could be forced to pay up to £250 more than usual. British Airways said it will operate extra homeward flights – but was charging £348 for fares from Faro to London Heathrow on Sunday and Monday, compared to just £137 on Tuesday.

Ryanair was asking £339 for a flight from Lisbon to Manchester on Monday, compared to just £75 on Wednesday.

Holidaymakers also face splashing out hundreds of pounds each for extra coronavirus tests before and after their flights to the UK.

The race began as the Government faced further criticism for downgrading Portugal from the green list of destinations with no travel restrictions to amber.

Communities Secretary Robert Jenrick insisted the “frustrating” move was not a “last minute” decision and was forced by the dangerous new Nepal Covid variant.

Mr Jenrick said: “Those ­countries are being reviewed every three weeks.

“So there was always a risk with a fast-moving situation with new variants that countries might either go on to that list, or indeed come off.”

He said of the Nepal variant: “We don’t yet know how much of a problem that is.” But he insisted a “cautious approach” is best.

Stranded Britons told of their turmoil yesterday as they chose between the early homecoming or the consequences of 10 days of quarantine. 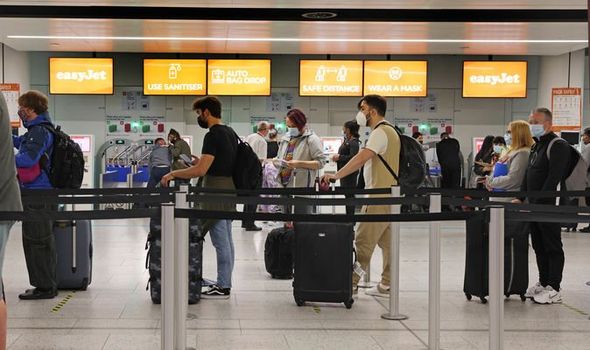 Property developer Simon Smith said he was due to fly back today anyway, but was struggling to get the extra Covid tests now needed.

Simon, of Stamford, Lincs, who was taking a break with his wife and two young children at the family’s holiday home in Lagos, said: “It’s been a bit of a scramble.

“There has just been no thought into it at all. I thought the whole idea of the green list was that they were going to monitor it and give people plenty of time.”

He added: “It’s a nightmare. We’re being told by local doctors that it can be up to three or four days’ wait for tests so that we can fly.”

Simon was told the airport had a small number of tests, so planned to turn up five hours early for their flight in the hope of getting one.

John Joyce, 44, from Newcastle, was holidaying in Lisbon. He branded the Portugal amber decision “unfair”. He added: “Everybody needed a little break. A change from being stuck at home.

“There are families bringing out kids and people who booked their holidays already – and the stress involved for people, including myself.” 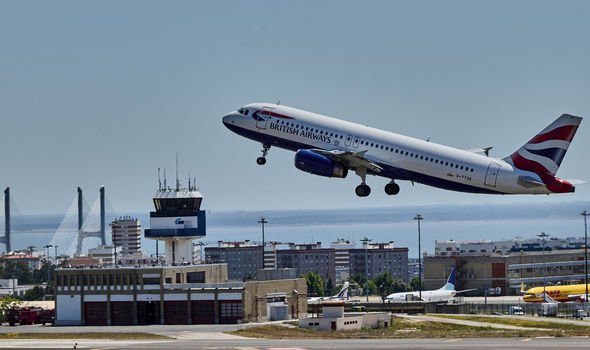 Alan Richards, who was due to travel back from the Algarve with his party of seven on Tuesday, said they stood no chance of beating the deadline.

But the status change will force him to isolate from his job with London Underground, and means his seven-year-old granddaughter will miss school. He will also be forced to pay a total of £960 for extra Covid tests, and has now called for Transport Secretary Grant Shapps to stand down.

Alan said: “No matter how you look at this, the timescales for returning are absolutely awful. We’re in a frantic situation.

“Mr Shapps needs to understand the awful situation that he’s put hundreds of thousands of people in. He needs to resign.”

Other holidaymakers told how they had hastily abandoned trips to Portugal after
it was moved from the safe category.

Retail worker Alexandra Teixeira, 24, said she was forced to postpone a family reunion at the last minute following Thursday’s announcement.

The 24-year-old said she was “sad and frustrated” after having to shelve her first meeting with relatives in more than 18 months. She said: “I was planning to go on Monday and decided to cancel it. 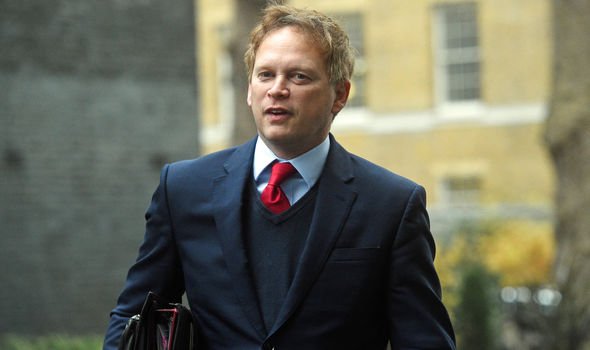 “I work in retail so quarantining at home for 10 days after coming back isn’t really an option. I haven’t seen my family in one-and-a-half years and, when things start looking up, there’s a glimmer of hope, it gets crushed in seconds.”

Stephanie Price, from Burnley, said the pandemic had forced her to cancel five trips to see her family in Portugal since 2019.

She added: “I have worked all through lockdown and was looking forward to getting away to see my family.”

Mobility data company Huq Industries said its most recent calculations put the number of British holidaymakers in Portugal at just over 112,000.

Huq chief executive Conrad Poulson said: “Assuming the largest capacity Boeing 737 or equivalent can carry around 230 people, that equates to around 487 flights to get all the remaining thousands home.”