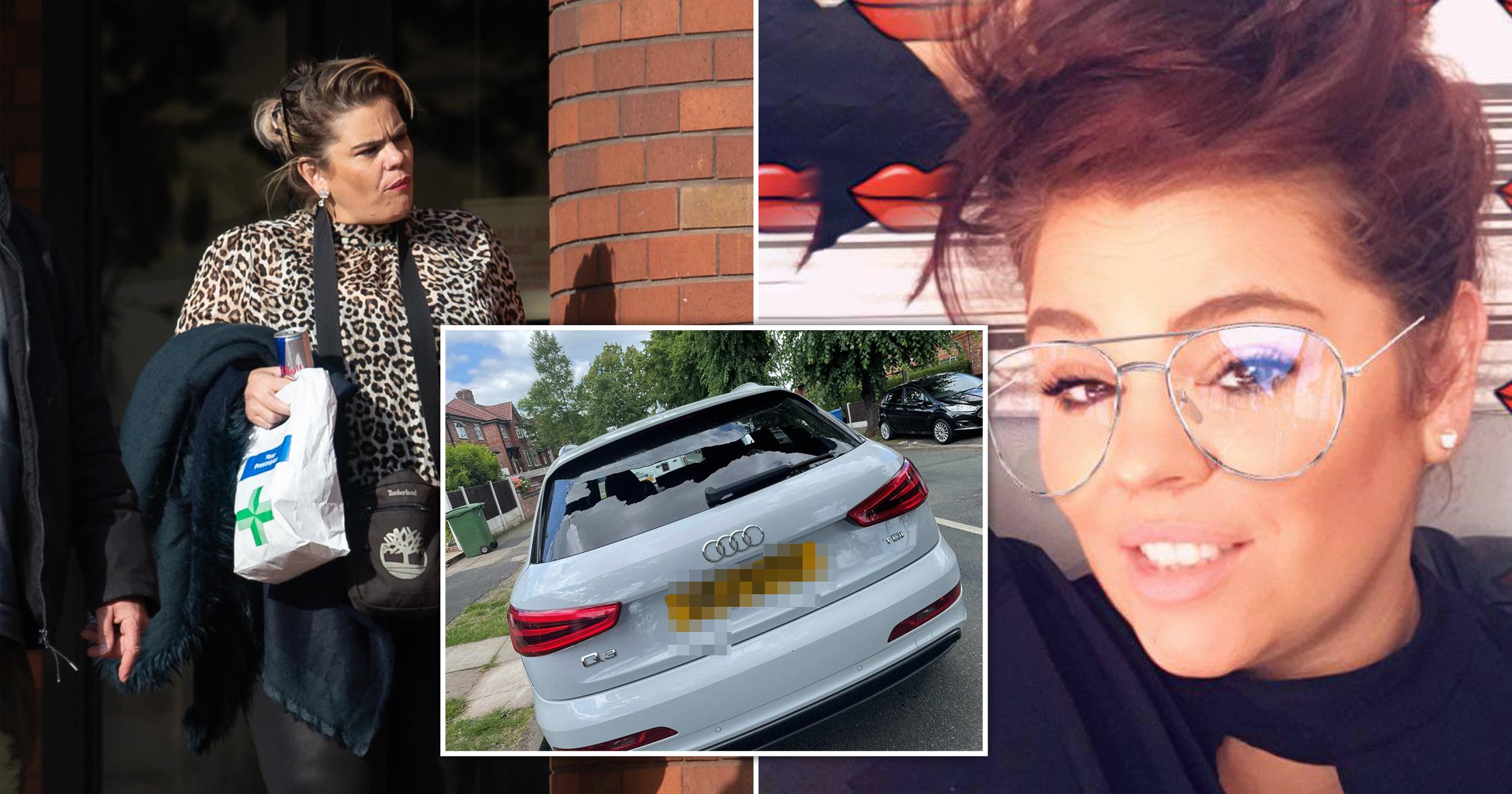 A mum-of-five dubbed the ‘worst imaginable neighbour’ has been forced out of an upmarket Greater Manchester estate by her fellow residents.

Gemma Lucketti, 37, smashed a woman’s Audi with a hammer where they lived in Oldfield Brow in Altrincham.

Neighbours spoke of living in fear of Lucketti’s drug and alcohol-fuelled outbursts throughout her 11-year stay.

They launched a petition demanding Trafford Council removes her from the three-bedroom home.

Tensions boiled over on June 15 when Lucketti took a hammer to beautician Sarah O’Brien’s Audi Q3.

Her boyfriend Mark Woods rushed out to disarm her of the weapon and of a 15” knife which she had in her other hand.

Describing the chaotic incident, prosecutor Catherine Allen said Lucketti was at the front of Miss O’Brien’s home ‘bouncing a weapon off’ her car.

She said: ‘Mr Woods ran out to confront the defendant but she shouted “get off my hammer’ as Miss O’Brien rang the police.

‘Mr Woods was trying to restrain this defendant and the hammer bounced off her car and hit Miss O’Brien in the face.

‘The defendant said “You are dead, you s***bag, you are dead”. There was a knife and a hammer next to the defendant on the floor. It was around 15 inches long.

‘The defendant’s daughter turned up shouting “Get off my Mum”. Her daughter was trying to pull her partner off her. Police then up and the defendant was screaming “You are all getting it”.’

Ms Allen added: ‘There has been problems over the years and incidents are worse when the defendant is under the influence of drugs and alcohol. A lot of the local residents have issues.’

Branding Lucketti a ‘menace’, Sarah, 36, said: ‘It took four or five men to restrain her that day. The police came with Tasers and she was walking towards the Taser as if something out of The Avengers.’

The court heard she has previous convictions for battery upon a relative and assault on an emergency worker from December 2019.

It emerged she has agreed to move out of the area, where homes cost around £400,000, under a ‘house swap’ arrangement.

She was ordered to complete an 18 month community order, attend a government ‘problem solving court’ and pay £100 costs.

The judge Miss Recorder Abigail Hudson told her: ‘It is extremely important that you have no contact with your neighbours before your house move. I hope that will take place soon as it is in the best interest for you.’

Resident Korina Arden, 34, said: ‘I’ve had to have a 15-foot fence put around my property.

‘I’m not comfortable going to the local shop as I’m worried I will bump into her.

‘I’ve spoken to a council housing officer and explained they need to do something because this is only going to escalate and it is only a matter of time before something really dreadful happens. She’s dangerous and there is no stopping her.

‘She’s the worst neighbour you could ever imagine.’