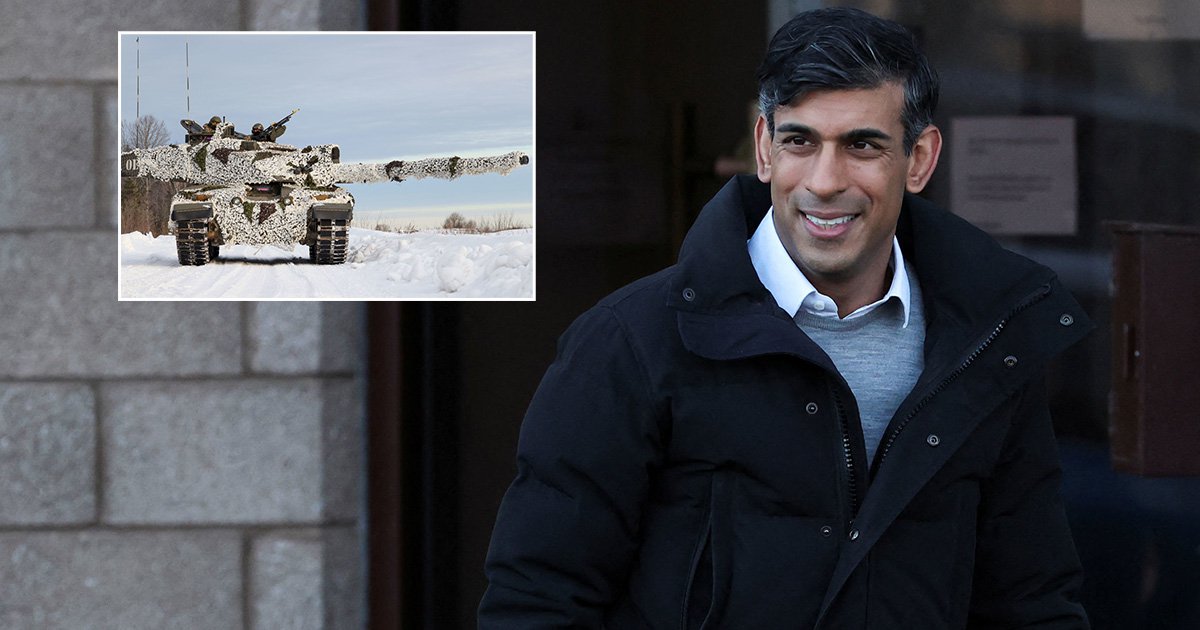 The UK will send Challenger 2 tanks to Ukraine to aid in the war against Russia.

He vowed to ‘seize the moment’ and help ‘push Russian troops back’.

Russia’s military has also largely been relying on tanks manufactured during the Cold War.

A No 10 spokesperson said: ‘The leaders reflected on the current state of Russia’s war in Ukraine, with successive Ukrainian victories pushing Russian troops back and compounding their military and morale issues.

‘They agreed on the need to seize on this moment with an acceleration of global military and diplomatic support to Ukraine.

‘The Prime Minister outlined the UK’s ambition to intensify our support to Ukraine, including through the provision of Challenger 2 tanks and additional artillery systems.’

Poland has also offered to provide a company of Leopard tanks to Ukraine.

No 10 added: ‘The Prime Minister stressed that he and the whole UK Government would be working intensively with international partners to deliver rapidly the kind of support which will allow Ukraine to press their advantage, win this war and secure a lasting peace.’

President Zelensky thanked the UK for making decisions ‘that will not only strengthen us on the battlefield, but also send the right signal to other partners’.

He tweeted: ‘Always strong support of the UK is now impenetrable and ready for challenges.

‘In a conversation with the Prime Minister, I thanked for the decisions that will not only strengthen us on the battlefield, but also send the right signal to other partners.’

Mr Sunak previously described the tanks as having ‘game-changing capability.’

His official spokesman had said: ‘It’s clear that battle tanks could provide a game-changing capability to the Ukrainians.

‘The prime minister told President [Volodymyr] Zelenskyy last week the U.K. will provide whatever we can.

‘The prime minister has asked the defence secretary to work with partners in the coming weeks to discuss how we can go even further and faster on our support to Ukraine including the provision of tanks.’