Almost 80 years ago, Winston Churchill and Franklin D. Roosevelt announced the Atlantic Charter to define the Allied goals for post-war recovery and publicly affirm their solidarity against the Axis. Today, Prime Minister Boris Johnson and US President Joe Biden will mark the start of the G7 summit in Cornwall having agreed to bolster that special relationship with a fresh agreement. Mr Johnson said: “While Churchill and Roosevelt faced the question of how to help the world recover following a devastating war, today we have to reckon with a very different but no less intimidating challenge – how to build back better from the coronavirus pandemic.”

Those commitments are said to include defending democracy, reaffirming the importance of collective security and ensuring a fair and open global trading system.

And Government defence advisor Nicholas Drummond says it is “ultimately” a “precursor to an Anglo-American trade agreement”.

He added: “I have no doubt that despite any differences politically, Boris Johnson and Joe Biden will have found much common ground.

“There is more that binds us together than separates us.” 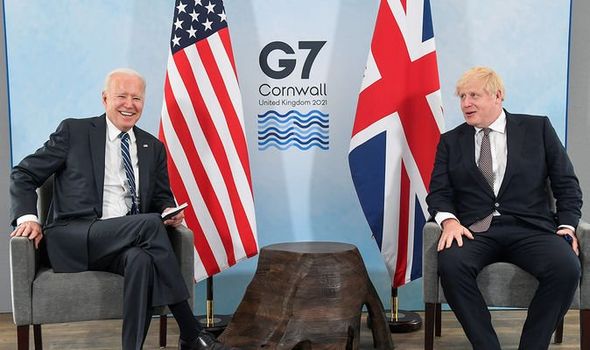 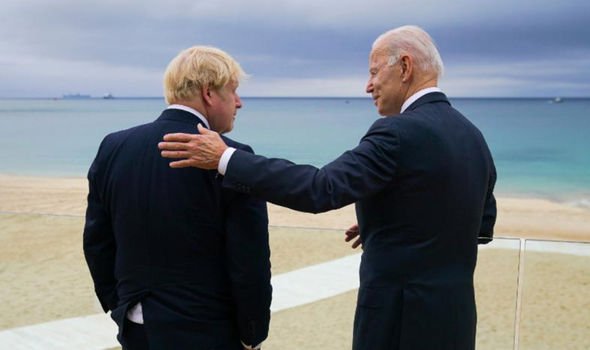 It comes after negotiations on a post-Brexit transatlantic trade deal appear to have hit a wall, but trade minister Greg Hands insisted yesterday that an agreement is “definitely plausible” in Mr Biden’s first term.

And former Army officer Mr Drummond says that while the pair did not mention the “special relationship” during their announcement, he believes it is now stronger than ever before.

He added: “In committing the two countries to work together to address global challenges, the principal concern is the threat posed by China as it pursues a more aggressive foreign policy through its continued Belt and Road initiatives.

“Equally, we need to work together to deter Russia and Iran.

“With the world as it is today, the Atlantic Charter is vital. If it harks back to the previous charter devised by Roosevelt and Churchill, it is because global alliances remain an essential tool to deter conflict. 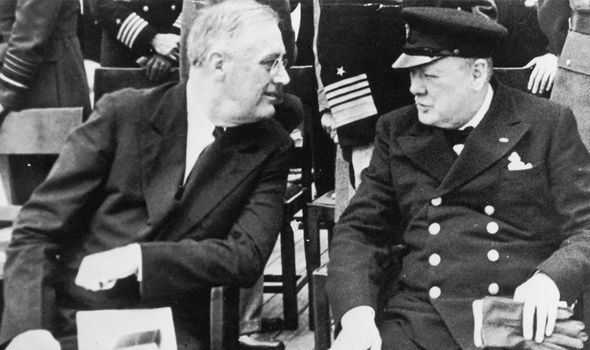 “The seamless integration of US Marines on HMS Queen Elizabeth is a testament to how good we are at working together with the USA.”

Tensions over the Northern Ireland Protocol have led some commentators to speculate Mr Biden may pull the plug on deepening ties with a trade deal.

It comes amid warnings from US envoys that Lord David Frost must compromise with the EU on border checks as a risk to the Good Friday Agreement “will not be welcomed by the US”.

There is growing frustration in Brussels with several leaders accusing Mr Johnson of “taking them for fools,” despite Number 10 insisting numerous resolutions have been submitted.

The issue is close to Mr Biden’s heart and the bloc is said to be pinning hope that this weekend will see a break in the deadlock. 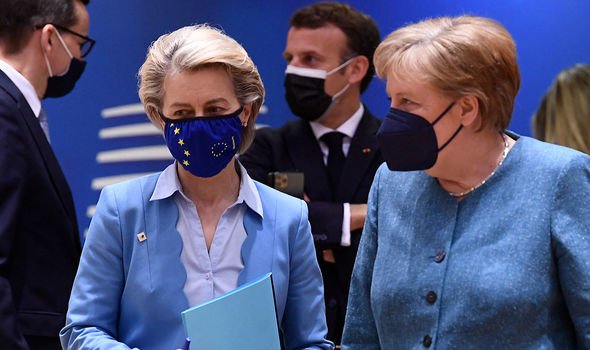 But Mr Drummond does not think Mr Biden’s concerns are solely focused on the UK.

He added: “Although some people feel Biden should not have interfered with ongoing UK-EU discussions about Northern Ireland and how the peace process is affected by the Brexit agreement, the US President was underlying how important it is not to undo all the good work done to secure peace.

“If that was advice to Boris Johnson to be more conciliatory, it was also aimed at [European Commission President] Ursula von der Leyen.

“We cannot respond effectively abroad if we have troubles in our own back garden.”

Mr Johnson appears to be ready to step in and tie up any loose ends this weekend. 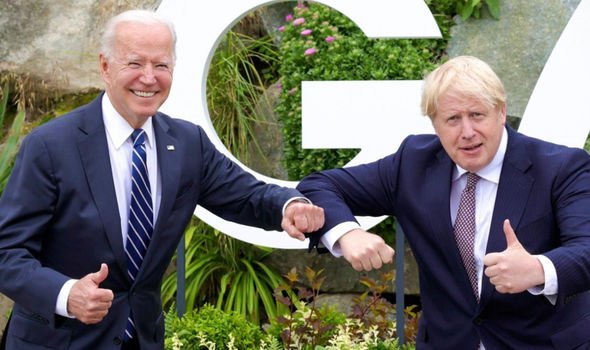 Asked about the row as he arrived in Cornwall for the G7 summit, he said: “I think that what we want is something that enables us to protect trade flows, east/west, as well as north/south, and that’s easily doable.

“The reason to do that is because it is the way to preserve the essential balance of the Good Friday Agreement, which has to look at things both north-south in the island of Ireland, but also east-west.