Brexit trade negotiations have been at a standstill for months but earlier this week Boris Johnson pledged to speed up the talks to ensure an agreement is in place by December. The Prime Minister insisted the European Union and the UK negotiating teams must ramp-up discussions over the summer to ensure a deal is implemented in time for Britain to conclude the transition period on time. But France’s Europe Minister Amelie de Montchaline on Friday hit back at Mr Johnson warning Brussels will not be squeezed by the UK timetable.

Speaking to Europe 1, Ms de Montchalin said: “We will not give in to this kind of calendar pressure, to this final sprint that the British want to impose on us hoping we will give in.

Ms de Montchalin insisted the ties binding the EU to Britain will not be severed because of Brexit but she insisted the bloc wants to ensure a future deal protects both sides.

She also suggested the UK would require an agreement “more” than the rest of the bloc because of the devastating impact a second wave of the coronavirus could have on the country.

JUST IN: Macron turns on Boris Johnson after visit with claim UK desperate for a deal 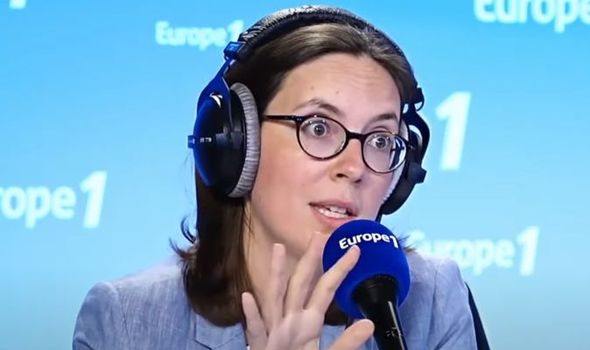 She continued: “The links of friendship we have with the British are not reducible by Brexit.

“In all honesty, those who need a deal are the British. They won’t be able to bear a second shock after COVID-19 and they don’t have access to the European safety net, the European fund.”