UK and EU’s post-Brexit relations have continued to deteriorate in recent weeks as Brussels hits out at Boris Johnson over the Northern Ireland protocol. The EU has warned it will retaliate “swiftly, firmly and resolutely” if the UK continues to challenge Brussels on the Northern Ireland protocol. The row comes as the Government is reported to be considering unilaterally extending the grace periods under the protocol that give businesses in Northern Ireland time to adapt to new rules – including for the import of chilled meats such as sausages and mince from Britain.

The grace periods are due to expire at the end of June but, according to the Telegraph, Prime Minister Boris Johnson is contemplating extending them in the face of a lack of progress towards a new agreement.

This comes amid tension over the City of London’s access to European markets and a recent furore in France over access to Jersey’s fishing waters.

While the UK left the EU to seek more independence, an expert believes Britain will “never entirely escape the gravitational pull of the EU”.

Martin Westlake of the London School of Economics warned in December that the UK will simply need “a relationship with its largest trading partner, whatever form it ultimately takes (and it is probably going to take a long time for the rhetoric to dissipate and the dust to settle).” 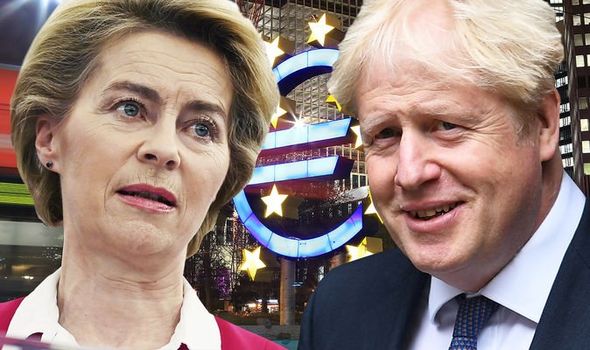 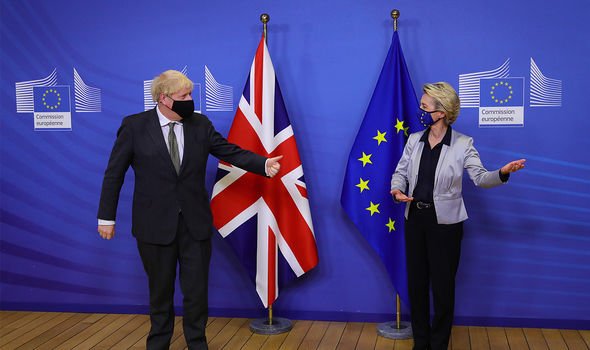 He also highlighted the UK will face similar dilemmas to that of countries like Switzerland, Norway and Iceland – all of which are not EU members.

Mr Westlake added: “To take some examples, countries like Iceland, Liechtenstein and Norway enjoy all the benefits of the EU’s internal market through their membership of the EEA, but they have had to accept in return that they will have no direct say in the market rules by which they have to abide.”

The expert concluded his essay saying: “Of course, the UK economy will not wither and die once the UK has entirely left the EU – far from it; but, because of the ‘Brussels effect’, it can never entirely escape the gravitational pull of the EU and its internal market.” 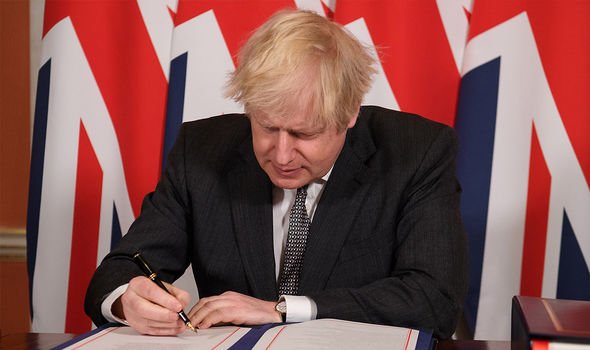 Switzerland and the UK find themselves in similar positions, as the government in Bern clashes with Brussels.

Switzerland has walked away from seven-year long talks with the EU for a framework agreement, marking a huge divide between Bern and Brussels.

The two sides had been in talks over a new framework that would replace the patchwork of treaties that govern Swiss access to European markets.

DON’T MISS
Macron claimed ‘too much English’ spoken in EU [INSIGHT]
Brexit: Ireland brags ‘Joe Biden in on our side’ [ANALYSIS]
Joe Biden hit with ‘slap in the face’ from EU as Brussels erupts [INSIGHT] 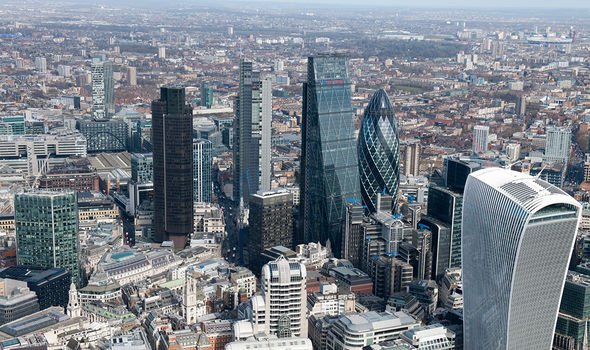 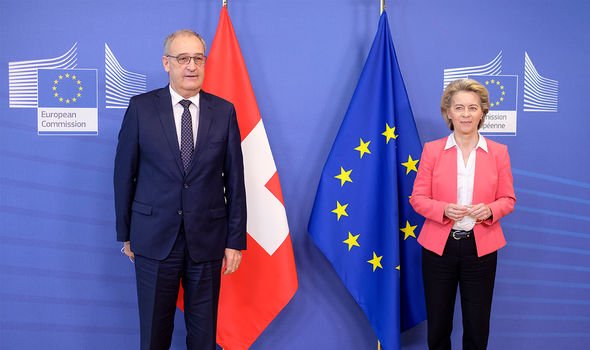 Earlier this month, Swiss foreign minister Ignazio Cassis pulled the plug on talks as the country’s government rejected the jurisdiction of the European Court of Justice and a free movement directive that would offer permanent residence to EU citizens, with access to social security services.

But Switzerland also faces its own economic conundrum, as the EU has not granted Bern equivalence – meaning it is excluded from parts of the European market.