Talks begin again today in Brussels, with both sides now admitting this is a week where progress has to be made – or the UK and EU face the prospect of failing to secure a trade deal ahead of December 31. The likes of Cabinet Minister George Eustice claimed that “things need to move”, while Ireland’s Foreign Minister Simon Coveney described the next five days as “move week”. The continuing row is stuck on a number of key sticking points for both sides – particularly over fish and the so-called level playing field.

And although chief Brexit negotiator David Frost claimed “some progress” had been made on reaching a deal, he said “we may not succeed”.

He added: “Either way, as the Prime Minister made clear on October 16, people and businesses must prepare for the change that is coming on December 31, most of which happens whether there is a deal or not.”

Mr Johnson’s demand for some compromise echoes another plea he made to EU negotiators, including Michel Barnier, to listen to the UK and alter aspects of the deal to secure a package last year.

The Prime Minister continually asked the EU, and the likes of German Chancellor Angela Merkel, to alter its position if it truly desired to reach a deal before a provisional October deadline. 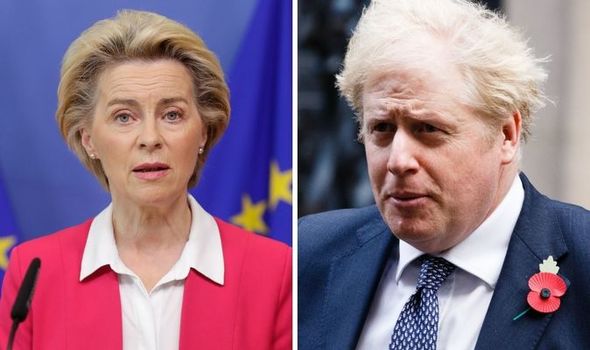 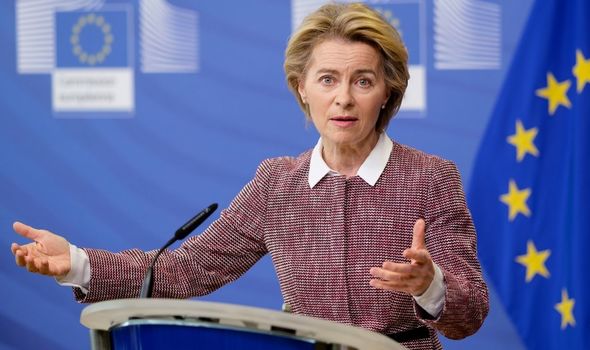 He admitted there would be “bumps on the road”, but added: “If everybody puts their minds to it, I have absolutely no doubt that we can get ready.

“I hope that they will compromise and that they have seen that Parliament has three times rejected the withdrawal agreement.

“The backstop it just doesn’t work. It’s not democratic and I hope that they will see fit to compromise.”

At the time of his comments in August 2019 to the Daily Mail’s YouTube channel, MPs had unanimously voted against the withdrawal agreement secured by former Prime Minister Theresa May.

JUST IN: 600 PAGES of Brexit deal agreed but sides ‘miles apart’ on fishing 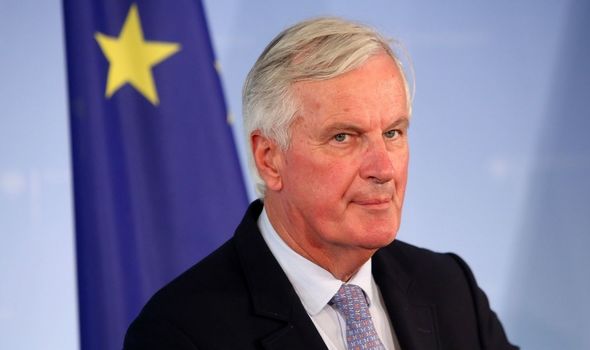 But the pressure is now building on both sides, and Mr Coveney insisted that it was “now-or-never” with regards to a deal.

He told Sky News: “If you want to use sporting parlance, this is move week.

“We have got to make big progress this week, hopefully we have got to get the big issues resolved in principle this week so then we can finalise text and get this deal ratified.”

Yet, the Irishman added that there would be “no way” the EU will agree a pact unless the Government opts to stop its plot to bring in the Internal Market Bill, which critics say could harm peace on the island or Ireland. 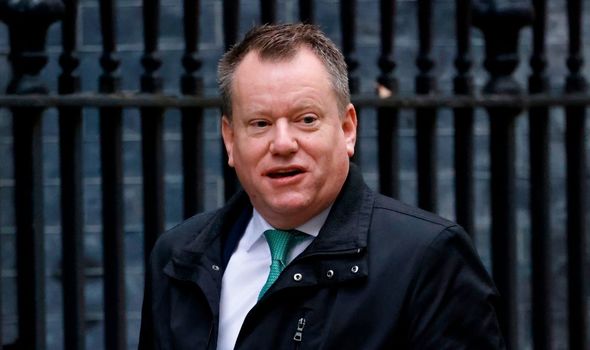 As a result of Parliament’s decision to back the bill, the European Commission’s President, Ursula von der Leyen, said the EU would launch legal action against the UK.

In a final plea, Mr Eustice added: “Both sides recognise that time is very, very short.

“It’s not long ago that we were saying we needed to get some kind of conclusion by the middle of October and people have persevered with these talks.

“But there does come a point, frankly, where businesses need to know what they are preparing for.”