BRUSSELS (Reuters) – EU leaders will consider Britain’s request for a Brexit delay on Wednesday, and are likely to move quickly to extend the Oct. 31 deadline, with officials expecting a three month postponement that could be cut short if Britain passes legislation sooner.

European Council President Donald Tusk said on Twitter he had recommended late on Tuesday that EU leaders back a delay. British Prime Minister Boris Johnson was forced by parliament to ask for three months, but there is still a chance that some EU countries, notably France, could demand a shorter extension.

Johnson paused his bill over the Brexit deal he struck last week with the European Union’s 27 other member states, after dramatic votes on Tuesday in which parliament accepted the deal in principle but rejected a three-day timetable to enact it.

The government had argued the tight schedule was necessary to meet next week’s deadline but lawmakers said they need more time. Johnson had already reluctantly submitted a request on Saturday for the three-month delay, while insisting he still aims to leave on time.

As the clock ticks down to the deadline, Brexit is hanging in the balance as divided lawmakers debate when, how and even whether it should happen more than three years since the 2016 referendum that kicked the tortuous process off.

It is now for the leaders of those 27 member states to decide whether the Oct. 31 deadline should be pushed back.

“The most likely outcome is an extension until January 31, as requested by London, with the possibility of Britain getting out earlier, providing it finishes its legal processes,” said an EU diplomat involved in Brexit discussions. “Basically as soon as Britain is ready itself, it can go.”

The one big uncertainty is whether France will agree.

A diplomatic source said on Tuesday Paris was ready to grant an additional few days to facilitate parliament’s vote but was opposed to any extension beyond that.

Any extension must be agreed unanimously among the EU 27. They have already agreed twice to postpone Brexit from the original deadline of March 29 this year. Both times, the French complained but eventually relented.

A second EU official said the ambassadors of the EU27 would meet in Brussels late on Wednesday to consider Tusk’s recommendation and his proposal to seek their consensus by “written procedure”.

An agreement was not likely to be reached on Wednesday, and it was possible that some leaders request an emergency summit in Brussels to decide the matter, the official said.

Johnson has confounded some of his critics by emerging last week with a deal with the EU, which differs from an agreement reached by his predecessor Theresa May mainly over how it handles the land border of British-ruled Northern Ireland.

May had agreed to apply some EU rules across all of Britain unless a new arrangement could be found to keep the Irish border open. Johnson would effectively create a new border in the Irish Sea, leaving Northern Ireland to apply EU rules while the rest of the United Kingdom goes its own way.

That has cost him the support of a Northern Irish party that had propped up his minority government, but could unlock an agreement in parliament that eluded May. 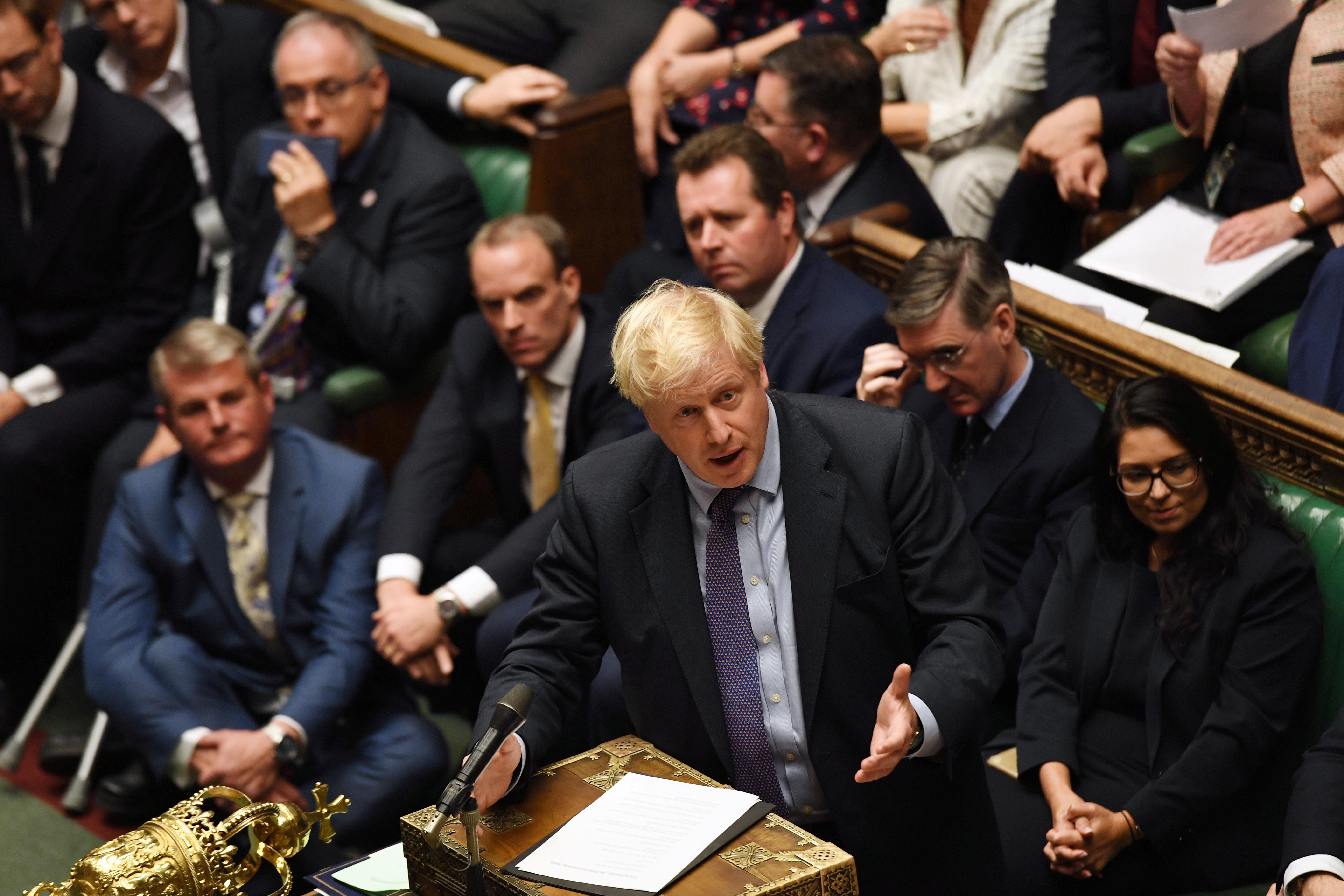 In the latest day of Brexit drama in Britain’s Westminster seat of power on Tuesday, lawmakers handed Johnson the first major parliamentary victory of his premiership by signalling their support for his deal in an early legislative hurdle.

But that was overshadowed just minutes later when lawmakers defeated him on his timetable. Johnson had hoped to make the delay request unnecessary by passing the Brexit law fast enough to leave on time.

Johnson has suggested he would push for a new election, campaigning on a platform to “get Brexit done”, if the EU agrees the full three month delay that lawmakers forced him to request.

“If parliament’s delay is agreed by Brussels, then the only way the country can move on is with an election,” a source in his Downing Street office said.

Johnson cannot however call an election without the support of the opposition Labour Party, which has suggested it will not back one unless Brexit is postponed until afterwards.

The length of any extension could decide the course of Brexit: a long delay would allow time for an election and for opponents of the divorce to push for another referendum. A short delay might increase pressure on parliament to approve a deal.

Although Johnson’s deal has now passed parliament on its second reading, its final passage is still not a certainty: lawmakers could change it by passing amendments, which then might push other colleagues to withhold support.

To pass it, Johnson needs the backing both of some opposition Labour lawmakers and some Conservatives pushed out of his parliamentary party for rebelling on other Brexit votes.

EU officials welcomed the vote nevertheless, because it removes some uncertainty around the Brexit process.

“For the first time the UK has not rejected a Brexit deal, and there is also agreement among members of parliament and the government that there is not enough time to approve it before the Oct. 31 deadline,” said a second EU official.

“That makes the principle of an extension completely uncontroversial for the 27.”