Home » Europe » Boy, 6, 'fed salt and starved before dad and stepmum murdered him'

Boy, 6, 'fed salt and starved before dad and stepmum murdered him' 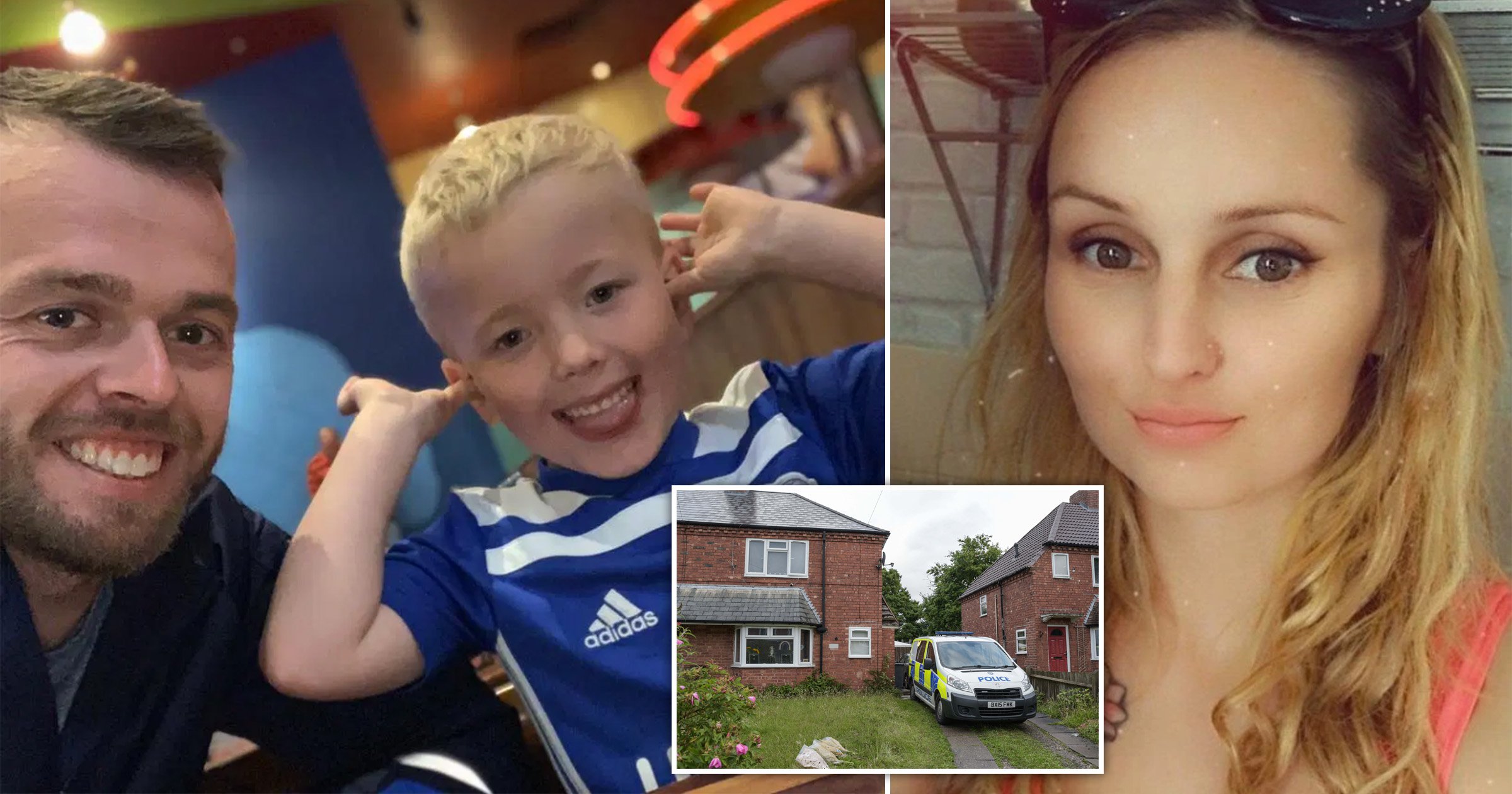 A six-year-old boy was subjected to months of abuse by his father and stepmother before they killed him by banging his head ‘repeatedly against a hard surface’, a court has heard.

Thomas Hughes, 27, and his partner Emma Tustin, 31, are on trial accused of murdering young Arthur Labinjo-Hughes by leaving him with an ‘unsurvivable brain injury’ in June 2020.

Tustin allegedly assaulted Arthur while looking after him at her home in Solihull, West Midlands, and took a picture of him as he lay dying.

Despite having her phone she did not call 999 until 12 minutes later, telling medics he had headbutted her and, after falling and hitting his head, ‘banged his head another five times’ by himself.

Paramedics found him in cardiac arrest and managed to resuscitate him and take him to hospital, where medics discovered ‘extensive bruising … all over his body’ and tests revealed he had been ‘poisoned with salt’, prosecutors said.

Arthur was taken to intensive care after suffering two further cardiac arrests but doctors decided he could not be saved and he died later that night.

Jurors at Coventry Crown Court heard how Arthur was ‘physically and verbally abused, isolated, access to food and drink were controlled or restricted, he was deprived of basic living comforts; a bed, clothing’.

Arthur had been in the full-time care of his father after his mother, Olivia Labinjo, was convicted of manslaughter in 2019.

The boy and his dad moved into Tustin’s home a few months before he died, yet there was ‘no clear evidence of the presence of Arthur living in that house’, Jonas Hankin, prosecuting, said.

Mr Hankin said it appeared Arthur was ‘made to sleep on the living room floor’ and that ‘a duvet was found in a cupboard under the stairs’.

He added: ‘And he suffered psychological maltreatment – bullying, in ordinary language.’

Tustin took pictures and more than 200 audio files of Arthur being punished, which she sent to Hughes.

Jurors were told he was forced to stand for hours ‘in isolation’, sometimes on a step by the front door, where he would be ‘punished for unauthorised movements, including attempts to sit down’.

On one occasion Hughes texted Tustin: ‘Tell him not to move a muscle – put him by the fridge, put him outside or wherever, give him away. Put him out with the rubbish.

At another point he wrote: ‘Just end him’ and ‘I’ll fill him in when I get back’.

Days before Arthur died, his dad was said to have told a neighbour: ‘If you hear anyone saying “don’t kill me”, ignore it, I’m not hurting him.’

Tustin has admitted to one charge of child cruelty by ‘forcing [Arthur] to stand, isolating him within the family home, and physically or verbally intimidating him’, with Huges denying a similar charge.

Hughes and Tustin are charged with three further counts of child cruelty against the boy by administering salt, assault on multiple occasions, and withholding food and/or drink.

Both deny murder as well as the further charges. The trial continues.