Home » Europe » Boy, 12, took his own life after months of abuse from violent school bullies

Boy, 12, took his own life after months of abuse from violent school bullies 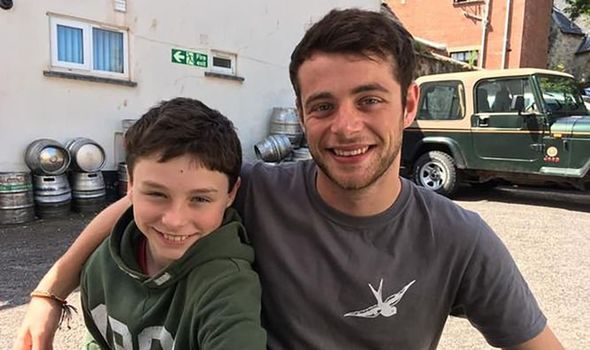 Riley Hadley’s ordeal at the hands of vile tormenters became so bad his mum decided to homeschool her son. He was also targeted at a park and his mum said he was fearful of leaving his home as a result.

Riley saw his GP hours before his death for a routine appointment but became upset when a return to school was discussed, reports Devon Live.

The youngster was later found dead in his room, and a post mortem examination confirmed the cause of his death was asphyxia due to hanging, his inquest on Thursday heard.

The hearing was told cruel bullies at Sidmouth Community College turned on Riley when he started to question his sexuality in the months before his death.

Speaking at Exeter’s County Hall, heartbroken mum Alison Holmes recalled how he had been hurt in the local park by bullies, on another occasion had been kicked into a road, and was repeatedly kicked or pushed in the corridors at school.

Miss Holmes said: “He was afraid to go to school and the local park in fear of being bullied.” 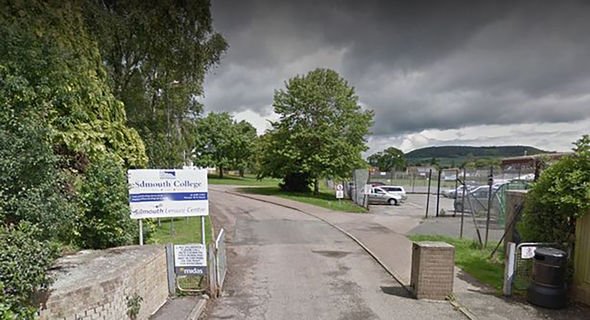 It must be heartbreaking to lose someone so young in these circumstances. I can’t imagine how difficult it has been for you all

Riley’s friends had told his family how he had self-harmed and made threats to in the past, but they did not believe he was being serious.

Miss Holmes, from Sidmouth, Devon, described Riley as a “gentle, caring boy” who struggled being in large groups, and had begun being bullied while in Year 7 in 2019.

She made the decision to homeschool Riley in September 2019 due to the bullying he had suffered in the months previous. It had been “difficult” as she also had to go out to work during the day, the inquest heard.

During this period, Miss Holmes also supported Riley when he began to question his sexuality and thought he may prefer boys.

The mum said: “As he was still young I did not see it as a big concern.

“I think we had good relationship and he would tell me if something was worrying him.”

Samaritans- The art of listening

In the days leading up to his death in October 2019, Miss Holmes said he had met up with friends at the weekend and seemed happy.

On the morning of his death, they had visited his doctor for a routine check-up following a change of address, during which he reported some anxiousness regarding his school situation.

Back at home, Miss Holmes said they had a conversation about whether he should go back to school or get a tutor at home.

She recalled: “He had a cry. We talked and he seemed a bit better.”

Riley was then left alone while she went to work and on her return at around 4.10pm, she found him unresponsive and cold to the touch in his bedroom and called 999.

Miss Holmes had been separated from Riley’s dad, Jody Hadley, for around 10 years and the inquest heard the boy had chosen not to see his father for the few weeks before his death.

But he described their relationship as “very good”.

He told in a statement how he was wasn’t aware Riley was being homeschooled or was being bullied.

He said: “I would have intervened if I knew. I spoke extensively about bullying with him, but he never said he had a problem.”

Detective inspector Charlotte Heath, the officer in the case, told how Riley had previously been reported missing to police in July 2019, due to ‘pressures at school’, but was found a short while later.

On the day of his death, after returning home from the GP visit, a text was found on his phone to a friend at around 11am which said, ‘I have to come back to school’. The friend replied, ‘why?’, but the message was never read by Riley.

Devon and Cornwall Police interviewed nearly 30 children who knew Riley and the consistent themes were bullying as he was conflicted about his sexuality, and self-harm tendencies.

One friend said Riley had claimed he had tried to hang himself previously, and another said Riley told him he did not think he would be alive long in the future.

Others recalled how bullies had told Riley in the past how they wished he would be dead, and to ‘do us all a favour and slit your wrists’. However, they were not aware of any comments made recently before his death.

Police concluded there was no third party involvement or criminal act in his death.

Recording a conclusion of suicide, assistant coroner for Exeter and Greater Devon Alison Longhorn said: “I am satisfied that on the balance of probability, Riley put a ligature around his neck and, in doing so, very sadly intended to take his own life.”

Addressing his brother who attended the inquest, she said: “It must be heartbreaking to lose someone so young in these circumstances. I can’t imagine how difficult it has been for you all.”

If you are struggling and have suicidal thoughts, know you are not alone and that help is available. Please contact any one of the following. In the UK, you can call the Samaritans free on 116 123 (the number will not appear on your telephone bill) or email [email protected] In America, The National Suicide Prevention Lifeline is a network of more than 160 crisis centres that provide a 24-hour-a-day service via a free hotline on 00-1-800-273-8255. Lifeline is a national charity providing all Australians experiencing a personal crisis with access to 24-hour crisis support and suicide prevention services. Call 13-11-14. Help is ALWAYS available. If you need it, reach out.