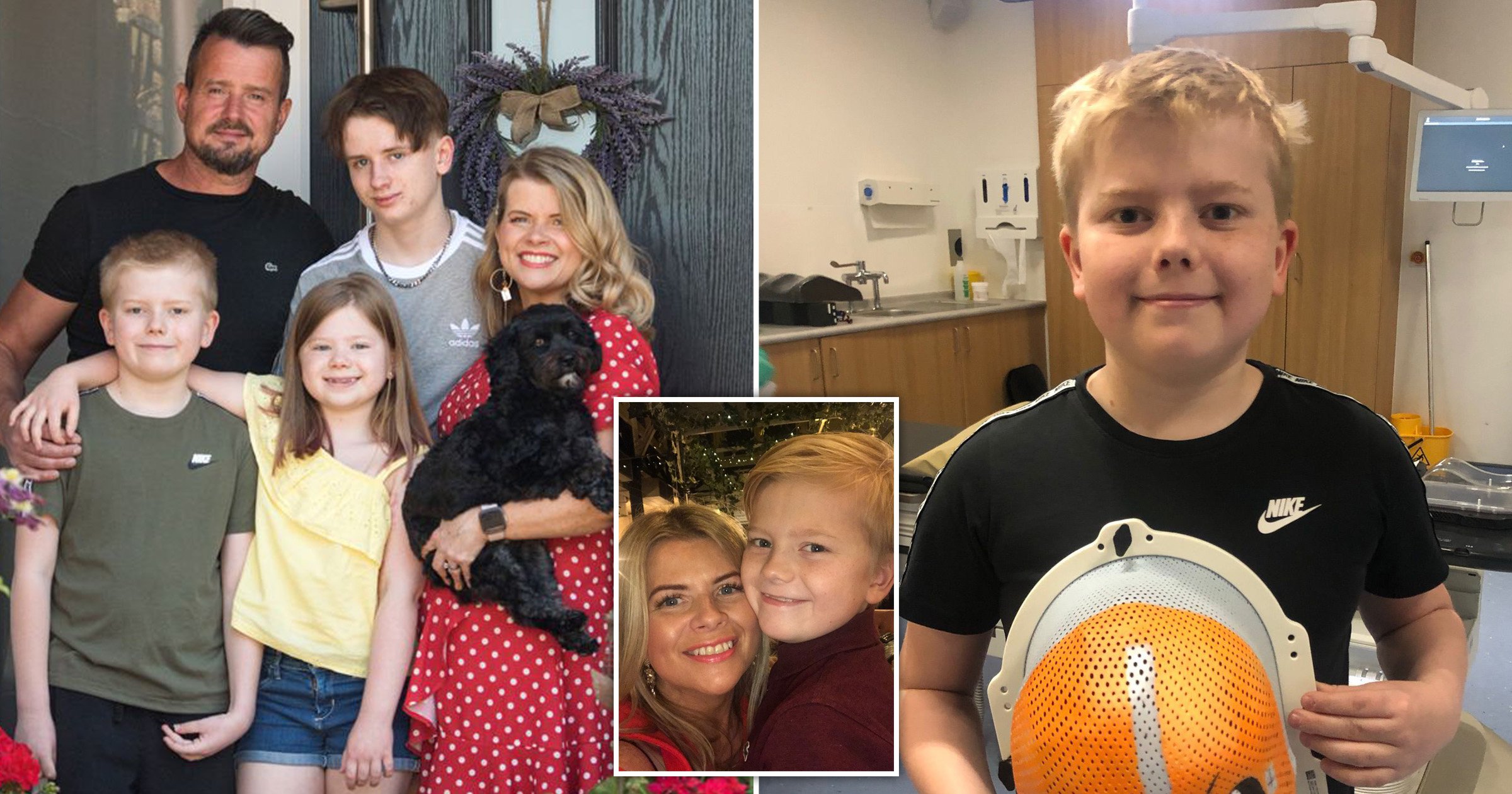 A schoolboy is to begin pioneering brain tumour treatment after donations topping £350,000 were pledged in less than four months.

George Fox, 12, underwent emergency 10-hour surgery to remove his five-centimetre tumour, but it grew back to a similar size within five weeks.

Tests revealed he had glioblastoma multiforme (GBM), the most aggressive and lethal form of brain cancer, which rarely affects children.

The youngster from Bedfordshire was told he may have as little as six months to live.

His mum Louise, 47, said: ‘We were told there is no cure and advised to make the most of our time with our son.

‘His tumour is high grade and stage four, there’s no cure. He’s been through so much, but this type of cancer is so aggressive we don’t have many treatment options.’

According to the Brain Tumour Research charity, less than 20% of people diagnosed with a cancerous brain tumour survive beyond five years.

After George’s severe headaches returned he began a six-week course of chemotherapy.

His limited options to get better included taking part in trial in Germany of either dendritic cell work or personalised immune therapy, which strengthens the immune system.

Both treatments work like a vaccine. Attaching to abnormal cells, they stimulate the patient’s immune system to fight the cancer.

But they are extremely expensive and Louise and husband Matt, 51, called on the support of the community in Barton-le-Clay.

They staged sky dives, fun runs, endurance challenges and school bake sales to drive George towards the £500,000 he needed.

Dad Matt said: ‘We have been completely overwhelmed by the support we’ve received from our community.

‘Ever since George was diagnosed, everyone, from friends and family to teachers and children at George’s school, have been fundraising tirelessly.’

On Sunday, George set off for Germany to begin his first round of treatment.

Louise said it gives her boy ‘a fighting chance’ and lets them ‘keep enjoying each and every moment we have with him for as long as we possibly can’.