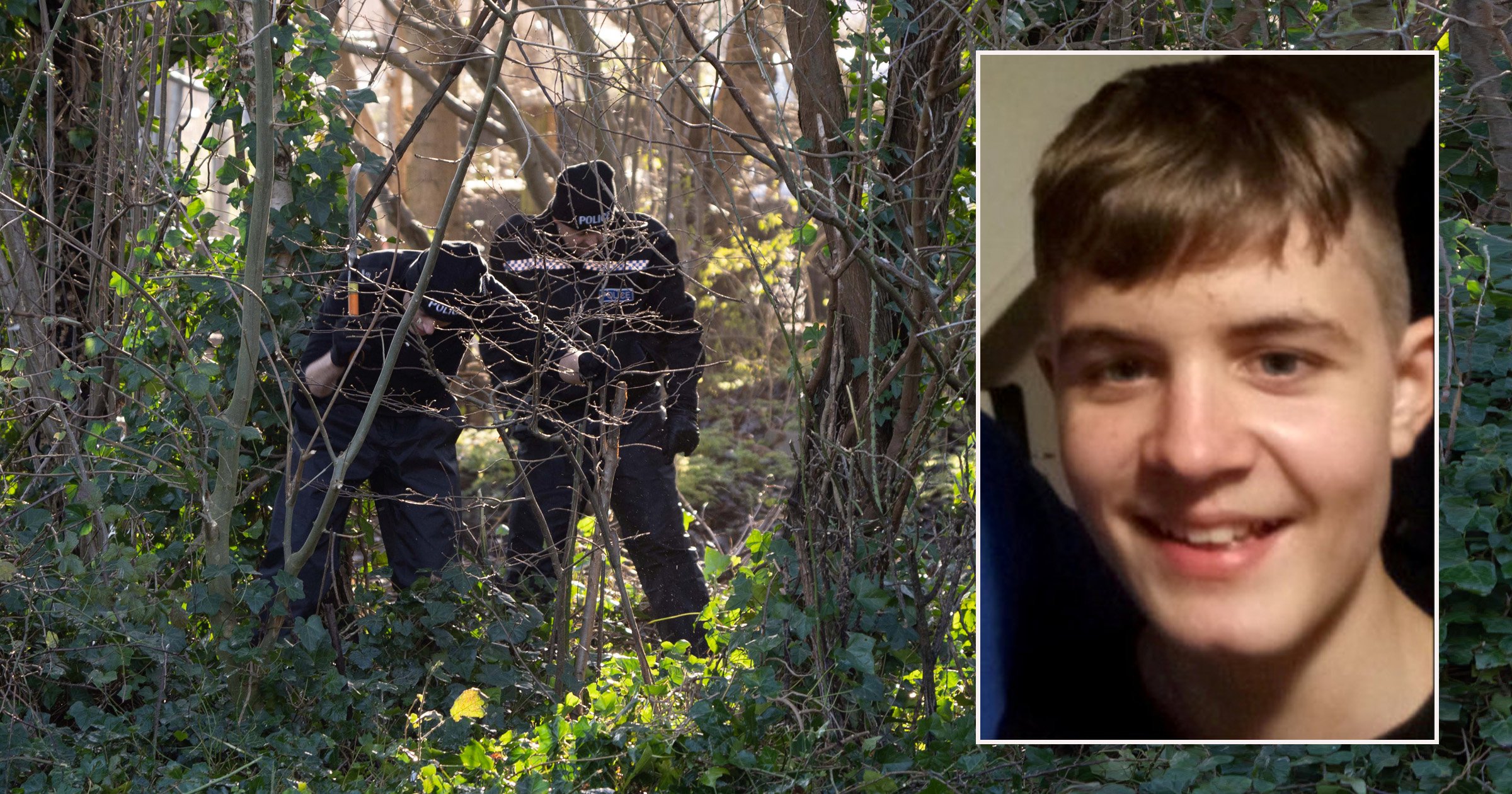 A 12-year-old schoolboy was ‘lured’ from his home before being stabbed to death by an older youth who suspected he may have been a ‘snitch’, a court heard.

Roberts Buncis was repeatedly knifed in the neck, chest, abdomen and head with such force that the tip of the blade was left embedded in his skull.

The youngster’s body was found in a wooded area on Alcorn Green in Fishcroft, Boston, Lincolnshire, on December 12 last year – two days before his 13th birthday.

The older boy, a 14-year-old who cannot be named, is on trial at Lincoln Crown Court charged with Roberts’ murder.

Jurors heard Roberts was subjected to a ‘savage and prolonged attack’ in the early hours then left to die on the village green where his body was discovered later that morning.

Prosecutor Mary Loram QC said: ‘In this case the person accused of carrying out that attack and of killing Roberts is this defendant, who is 14-years-old and seems to be a friend of Roberts from the evidence we will be looking at.

‘We say that this defendant lured Roberts out of his home in the early hours of December 12 last year to this wooded area nearby where his body was ultimately found.

‘We say that he lured him out of his home to kill him because we have the phone records of the phones belonging to both Roberts and the defendant.

‘Evidence from phones also tells us that the defendant was to admit, in effect, that he was responsible to one of his friends.

‘On the morning of December 12, he sent this message to his friend: “Things went wrong”, and then said, ‘This wasn’t supposed to go down like this”.’

Ms Loram also told jurors that the messages suggested ‘these children did not live lives that many 12, 13 and 14-year-olds do’, adding: ‘There is a lot of talk of drink and drugs in the chat then you would ever want to see between those who are so young.’

He also suffered a particularly serious hand wound which gave the impression the killer had ‘tried to cut it off’, it was said.

The court was told the defendant had attacked another schoolboy for being ‘a snitch’ days before Roberts was killed.

Ms Loram said: ‘In messages between the defendant and his friend they speak about hoping Roberts isn’t a snitch.

‘One message read: “Just let’s hope Roberts don’t snitch else he’s going to be this kid”.’

The prosecutor told jurors that other messages between the older boy and victim ‘look as though the defendant encourages Roberts to sell drugs for him’.

She said the boys arranged to meet-up shortly after 2am on December 12, eventually agreeing to see each other at 3.30am with Roberts being asked to sell drugs for £50.

Ms Loram added: ‘Something is planned which Roberts doesn’t know about and we say there is a clear inference to be drawn from these messages that Roberts is lured out of his house with the promise of money.’

She said Roberts was told to call the defendant when he arrived at the agreed place, which he did at 3.26am, adding: ‘It must have then been shortly afterwards that he was attacked and killed.’

The court heard the defendant put on a balaclava and latex gloves before attacking Roberts by stabbing him ‘again and again’.

Ms Loram said: ‘There is no possible defence here to the charge of murder.

‘The defendant may be nearly 15-years-old now but the savagery of the attack can have no explanation that amounts to any defence.

‘The prosecution says this was a planned assault on Roberts. The defendant went to that meeting armed.’

The trial, which is due to last two weeks, continues.