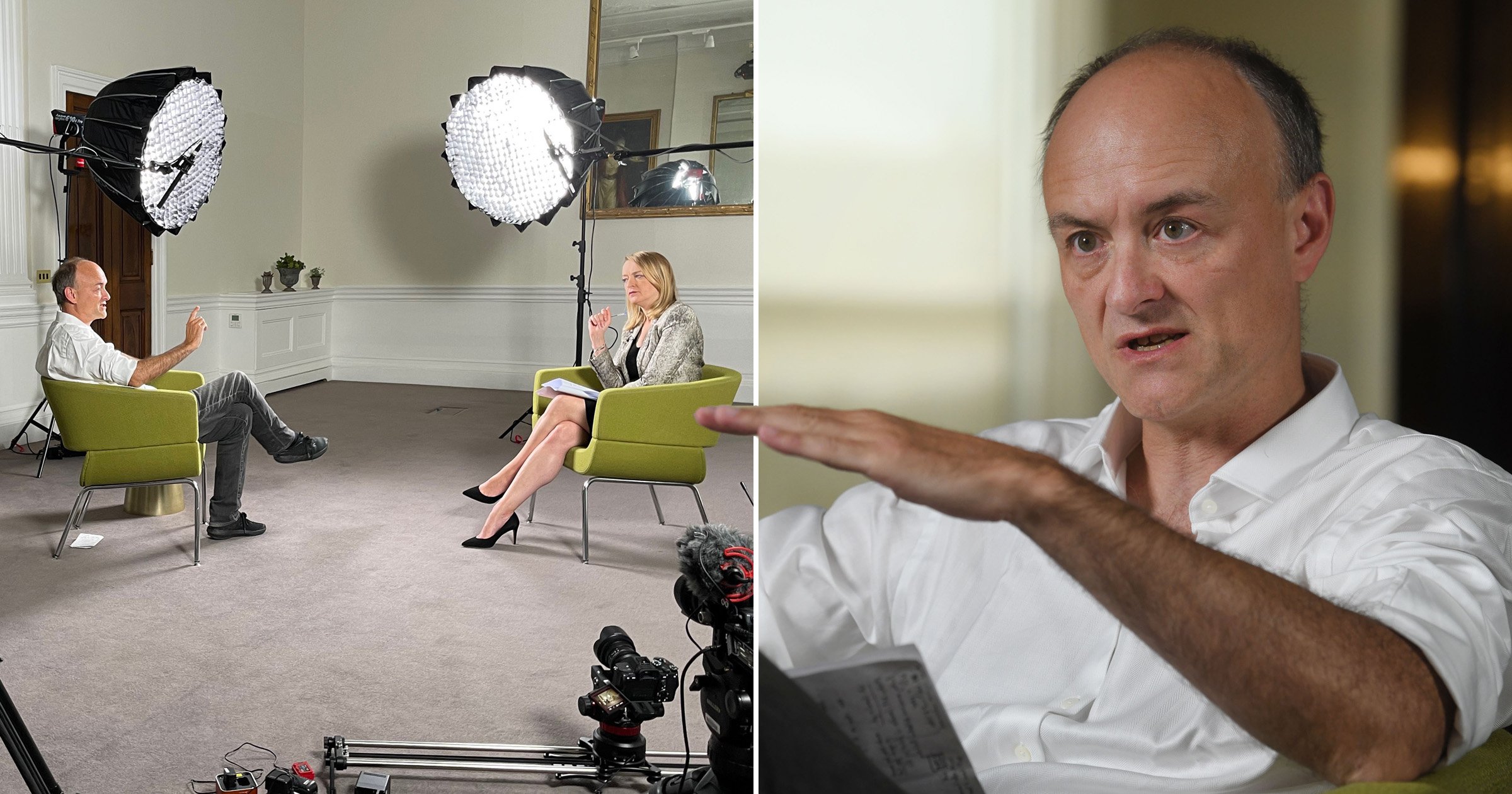 The prime minister played down coronavirus, saying that those dying were almost all over 80, his former aide Dominic Cummings has claimed.

Boris Johnson is also said to have written in Whatsapp messages that he no longer believed ‘all this NHS overwhelmed stuff’.

The messages were shared with the BBC in a broadcast interview Mr Cummings gave to Laura Kuenssberg, his first since leaving power.

He claimed that the prime minister’s attitude towards the pandemic last autumn was partly a sense that ‘it’s all nonsense and lockdowns don’t work anyway’ and partly ‘We can’t kill the economy just because of people dying over 80’.

In a series of messages from October 15 that appear to be from Mr Johnson to aides, the PM allegedly wrote: ‘I must say I have been slightly rocked by some of the data on covid fatalities.

Dominic Cummings: The Interview will air on BBC Two at 7pm on Tuesday