LONDON — Prime Minister Boris Johnson on Wednesday announced plans to lengthen an upcoming parliamentary break, a surprise maneuver that would make it harder for lawmakers to prevent Britain from exiting the European Union without an agreement with the bloc.

Mr. Johnson has repeatedly said that he wants an agreement with Brussels before Brexit takes effect, but that Britain will leave as scheduled on Oct. 31, with or without a deal. Economists say such a “no-deal” exit would be chaotic and economically damaging, and could plunge Britain into a recession, but Mr. Johnson and the hard-line pro-Brexit faction in Parliament insist that it would be fine.

Opposition politicians — and some of Mr. Johnson’s fellow Conservatives — reacted angrily to the news, which pushed the British pound down sharply, to as low as $1.2157 in morning trading before rebounding.

John Bercow, the speaker of the House of Commons, released a statement calling the move “a constitutional outrage,” one designed “to stop Parliament debating Brexit and performing its duty in shaping a course for the country.”

Parliament, currently on vacation, is scheduled to meet during the first two weeks of September, and then to be suspended for annual political party conferences. Parliament had been scheduled to reconvene on Oct. 9.

But in a letter sent Wednesday to all members of Parliament, Mr. Johnson said he intended to resume on Oct. 14, with a speech by Queen Elizabeth II, laying out the agenda of the Conservative government under Mr. Johnson, who took office last month.

A new session of Parliament begins with a queen’s speech, an elaborate ceremonial occasion that requires a significant chunk of parliamentary time, and the prime minister has great leeway in deciding on the timing. By scheduling it before the Brexit deadline, he would further limit the time available to opponents of a no-deal Brexit. 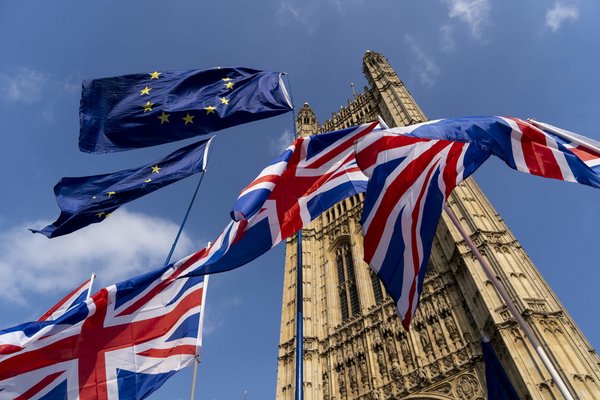 The queen must approve the timing, but that is usually considered a formality.

In a video interview on Wednesday morning, Mr. Johnson said he had made the decision in order to progress with “our plans to take this country forward” and to “get on with our domestic agenda.”

“To do that we need legislation, we’ve got to be bringing forward new and important bills and that’s why we are going to have a queen’s speech and we’re going to do it on Oct. 14,” he said. “We’ve got to move ahead now with a new legislative program.”

A majority in Parliament is on record opposing a no-deal Brexit, and many of those lawmakers hope to organize a vote that would prohibit the government from going through with it. On Tuesday, a group of opposition lawmakers agreed to coordinate toward that end.

Their time and room for maneuver were already limited, and a longer suspension would restrict them further, forcing rebel lawmakers to accelerate their efforts.

Yvette Cooper, an opposition Labour lawmaker strongly opposed to a no-deal Brexit, wrote on Twitter: “Boris Johnson is trying to use the Queen to concentrate power in his own hands — this is a deeply dangerous and irresponsible way to govern.”

Philip Hammond, a senior Conservative lawmaker, tweeted, “It would be a constitutional outrage if Parliament were prevented from holding the government to account at a time of national crisis.”

Dick Newby, leader of the Liberal Democrats in the House of Lords, wrote: “Suspending Parliament to stop debate and possible defeat is what dictators do. It must be resisted by every possible means.”

A Brexit deal with the European Union would be exceedingly complicated, covering tariffs, product standards, fisheries, immigration, financial services, the border with Ireland and other issues. Mr. Johnson’s predecessor, Theresa May, negotiated a withdrawal agreement that was nearly 600 pages long, just to cover a transition period while long-term arrangements were made.

Parliament rejected Mrs. May’s deal three times this year, and nonbinding votes on a range of alternatives made it appear that in fact, no particular approach had majority support.