Birmingham University professor Alex de Ruter and director of Brexit Studies argued that the Tories are currently “terrified” of losing more seats in future elections. He explained that the Conservative Party is hoping that Boris Johnson may be the answer to Brexit Party leader Nigel Farage despite insisting that the UK would leave without a deal come October 31. MPs have remained confident that Parliament would vote down a no deal Brexit as Tory candidates pitch their plans for Brexit.

Mr De Ruter told RT: “So here we are facing an October deal or no deal.

“It is interesting that 114 MPs are behind Boris Johnson.

“Does that then indicate that there is a willingness in the party to let a no deal Brexit happen?”

Mr De Ruyter replied: “ Possibly, I think the main thing, of course, is that the European election results clearly spooked the Conservative Party with its abysmal performance in the face of the Nigel Farage Brexit Party. 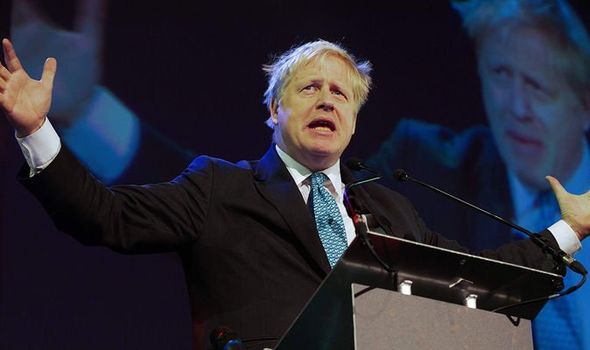 “Again the Peterborough by-election was another example where the Brexit party took away a lot of their vote in effect.

“Yes Labour won it by a small margin but if that sort of result was to be repeated in a general election they would lose scores of seats.

“They are clearly terrified of that prospect.

“I think that they see Boris Johnson as the one person who can match Nigel Farage in terms of rhetoric that might appeal to Tory voters more.”

Boris Johnson remains the heavy favourite to win the Tory leadership contest however some political commentators have warned that he could face a vote of no confidence early into his premiership.

Finance expert Frederique Carrier has argued that if Mr Johnson attempts to push a no deal after coming back from Brussels with no additions to the current withdrawal agreement, he could face a second vote of no confidence.

She did note that Mr Johnson would likely survive the first vote of no confidence.