Home » Europe » Boris Johnson rows back on lockdown: Lovers can meet and grandparents can hug children

Boris Johnson rows back on lockdown: Lovers can meet and grandparents can hug children 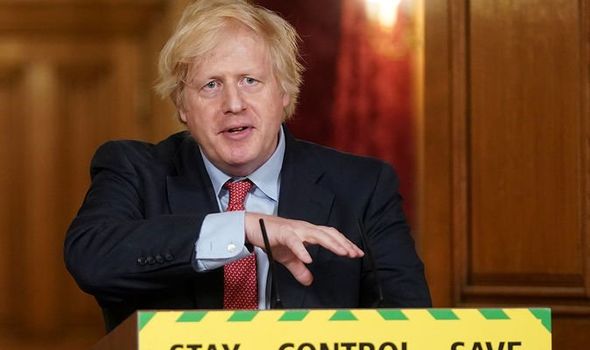 This means they will be able to spend precious time together indoors and also stay overnight without having to observe social distancing rules. Widowed or divorced grandparents will be able to hug and play with their grandchildren. And couples who live apart can spend the night under the same roof. One-parent families will also be able to get help babysitting and other childcare needs from others in their bubble.

The Prime Minister said: “We are making this change to support those who are particularly lonely as a result of lockdown measures.

“It is a targeted intervention to limit the most harmful effects of the current social restrictions.”

He also hinted that the two-metre social distancing rule could soon be relaxed by insisting the measure is kept under “constant review”.

Mr Johnson announced the latest easing of lockdown in England after revealing the average daily death toll from coronavirus has fallen to 200 over the last week, down from 300 two weeks ago.

Speaking at his Downing Street media briefing on the virus, the PM acknowledged that loneliness had blighted many lives under the rules imposed to curb the epidemic.

He said: “I know how difficult the past months have been for people cut off from their friends and family.

“There are still too many people, particularly those who live by themselves, who are lonely and struggling with being unable to see friends and family.

“From this weekend, we will allow single adult households – so adults living alone or single parents with children under 18 – to form a ‘support bubble’ with one other household.

“All those in a support bubble will be able to act as if they live in the same household, meaning they can spend time together inside each other’s homes and do not need to stay two metres apart.”

Mr Johnson emphasised that the move did not mean several households could link together into one “bubble”.

He said: “I want to stress that support bubbles must be exclusive – meaning you cannot switch the household you are in a bubble with or connect with multiple households.

“And if any member of the support bubble develops symptoms, all members of the bubble will need to follow the normal advice on household isolation.”

He insisted the move was not a green light for others to begin ignoring the Government’s rules on social distancing.

The PM went on: “It is emphatically not designed for people who don’t qualify to start meeting inside other people’s homes – that remains against the law.”

Vulnerable people currently shielding from the virus were not advised to join a support bubble, he added.

Mr Johnson promised further guidelines next week about how their situation may change from next month. 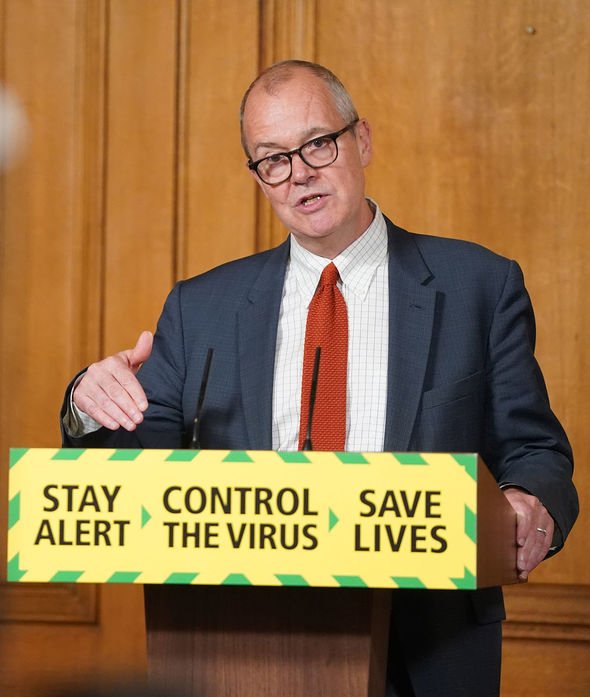 Figures suggested around six to seven per cent of the population had been infected with Covid-19 at some point during the epidemic.

He said: “The epidemic is shrinking, but not fast. Numbers are coming down but are not yet very low.

“The vast majority of the population remains susceptible to the infection.

“That urges caution, it urges going slowly with changes and it urges measuring very carefully to see the impact and being prepared to reverse things where measures have been taken that have an impact on this.”

He said it was also important to look out for and deal with local outbreaks fast.

Speaking at the Downing Street briefing, he said: “We are obviously having, in government, to balance a large number of risks.

“But what you are trying to do is manage those risks as best we can with the information we have to minimise the risk for the bad outcome and to maximise the possibility of a good outcome. 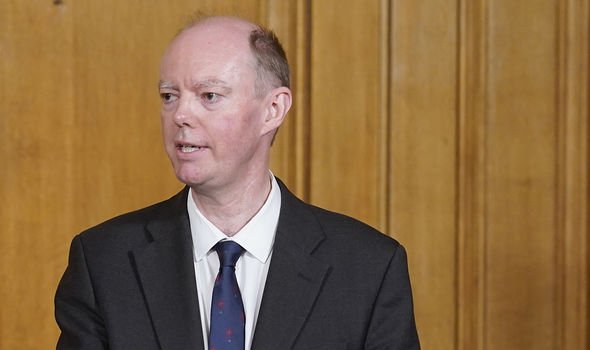 “But the idea that there is some option that is completely safe and all fine is clearly not true.

“Our view is this is a reasonable, balanced, sensible way to do it at this point.”

Earlier, Mr Johnson appeared to signal that the future of the two-metre rule is being discussed by ministers.

Many Tory MPs, including several Cabinet ministers, want it relaxed because many businesses claim reopening is impossible as long as the restriction remains in force.

Speaking at Prime Minister’s Questions in the Commons, he said: “I believe that those measures, the two-metre rule, need now be kept under review.

“As we drive this disease down, as we get the incidence down, working together, I want to make sure we keep that two-metre rule under constant review.”