LONDON (BLOOMBERG)- Boris Johnson defended the “tough” coronavirus rules facing most of England when a national lockdown ends this week, and said he hopes a vaccine will be approved before Christmas to help end curbs that have triggered anger in his Conservative Party.

“I know that lots of people think that they are in the wrong tier and I understand people’s frustration,” the prime minister said in a pooled television interview on Monday (Nov 30), ahead of England’s return to a three-tier regional system of rules on Wednesday.

“The tiering system is tough, but it’s designed to be tough and to keep it under control.”

Johnson is seeking to convince Tory MPs to back his plans in a key vote on Tuesday, amid reports that as many as 100 may rebel because they say the new rules are too tough.

While the measures are likely to be approved after the opposition Labour Party said it will abstain, a big rebellion would embarrass the premier and highlight his conflict with a growing number of his own party.

Health Secretary Matt Hancock urged MPs to back the new rules to build on the success of the four week lockdown, which he said had got the virus “back under control” and resulted in a 30% fall in the number of cases in the past week.

“It is the best way to avoid a third lockdown, and it is the most proportionate way to take the action that we need to keep people safe,” Hancock told a televised press briefing later on Monday.

“While we can let up a little, we can’t afford to let up a lot.”

In a bid to calm the potential rebels, ministers published a 48-page document on Monday analysing the health, economic and social effects of the tiering system. But there was little of the detail demanded by Tory MPs on how the new rules will change the economic picture in comparison to alternative approaches.

The analysis acknowledged “major impacts on the economy and public finances” as a result of curbs so far, but said “it is not possible to forecast with confidence the precise impact of a specific change to a specific restriction.”

The authors emphasised the consequences of not bearing down on the virus, saying that without “tough” measures, the transmission rate would spiral “significantly,” leading to exponential growth.

“It is an inescapable fact that exponential growth leads to a situation where the NHS would become overwhelmed and there would be insufficient capacity for those patients most critically in need of it,” the document said.

“The corresponding cost to society of higher death rates is not one that any government or country would willingly tolerate.”

Mel Stride, the chairman of the House of Commons Treasury Committee who wrote to Chancellor of the Exchequer Rishi Sunak on Nov 3 to ask for the analysis, was not impressed. He accused ministers of recycling the forecasts produced by the Office for Budget Responsibility for last week’s Spending Review.

“With little over 24 hours until MPs vote on the new tiered system, this rehashed document offers very little further in economic terms other than that which the OBR published last week,” the Tory lawmaker said in a statement.

“Those looking for additional economic analysis of the new tiered system will struggle to find it in this document.” While MPs argued about the latest restrictions in England, Welsh First Minister Mark Drakeford announced that from Friday Welsh pubs and restaurants will have to close at 6pm and will be banned from serving alcohol. Indoor entertainment venues will also have to close to stem the spread of the virus, Drakeford told a news conference.

Ministers hope the prompt roll-out of a vaccine could help a revival of the UK economy, particularly the beleaguered hospitality and entertainment industries which have been battered by restrictions imposed to stop the spread of the virus.

No vaccine has yet been approved but the UK regulator is reviewing data from Pfizer Inc. and BioNTech SE, as well as AstraZeneca and Oxford University.

Johnson said a vaccine could be available “in just a few weeks,” adding: “This could – and I stress could – really be the salvation for humanity.”

Earlier, Vaccines Minister Nadhim Zahawi said restaurants, bars and entertainment venues in the UK could require people to provide proof they have been vaccinated before they are allowed in. It’s likely venues will use technology similar to the Covid-19 contact-tracing app to check if customers have had the shot, Zahawi told BBC radio. 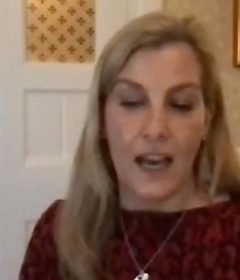