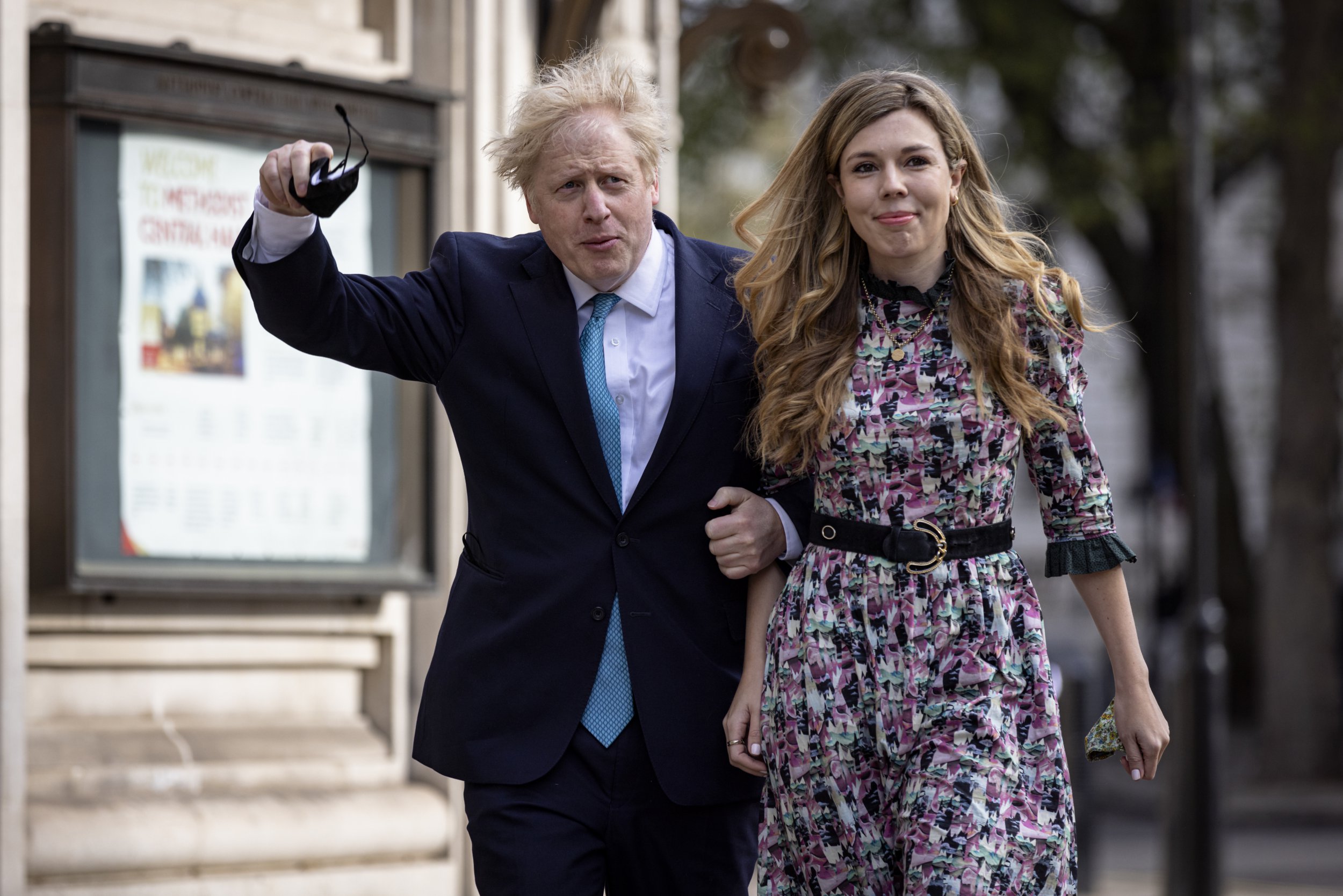 Boris Johnson and fiancee Carrie Symonds are set to get married in summer next year, it has been reported.

The couple have sent out save-the-date cards to friends and family to ‘celebrate their wedding’ on Saturday July 30, 2022, according to The Sun.

The prime minister, 55, and Miss Symonds, 33, have been engaged since late 2019 but, like many couples, they have had to postpone their nuptials due to the pandemic.

Currently, a maximum of 30 guests are allowed to attend a wedding but the PM is expected to lift restrictions next month.

Details of where the couple will tie the knot remain a secret but friends say they are holding off until next year so they can throw a grand, Covid-safe celebration.

However, it is understood that the PM’s sprawling Buckinghamshire country residence, Chequers, is tipped to host the ceremony.

Another venue that could be on the cards is the Port Lympne safari park in Kent, where Miss Symonds works for a conservation charity.

A source told The Sun: ‘It would be nice for Chequers to be in the news for happy reasons for once.’

It had previously been reported that the parents could marry in Italy, where Miss Symonds has relatives.

This will be Mr Johnson’s third marriage – having finalised his divorce from second wife Marina Wheeler in 2020 – and the first for Miss Symonds.

They became the first unmarried couple to move into Downing Street in 2019 after Mr Johnson won a landslide General Election, with Miss Symonds being one of the youngest partners of a prime minister in history.

The PM reportedly proposed while the couple were on a 10-day Caribbean getaway in Mustique – a £15,000 trip that is now under investigation by the parliamentary watchdog to see if he broke funding rules.

The couple announced their engagement along with the news that they were expecting their first child in February, last year.

Baby Wilfred Lawrie Nicholas Johnson was born in April, last year, and was named after their grandfathers and the doctors who treated Mr Johnson when he was in intensive care with Covid-19.

Mr Johnson and Ms Symonds also have a dog, Dilyn, who lives with them in their four-bedroom flat above No 11.

Downing Street and aides to the prime minister declined to comment on the report.