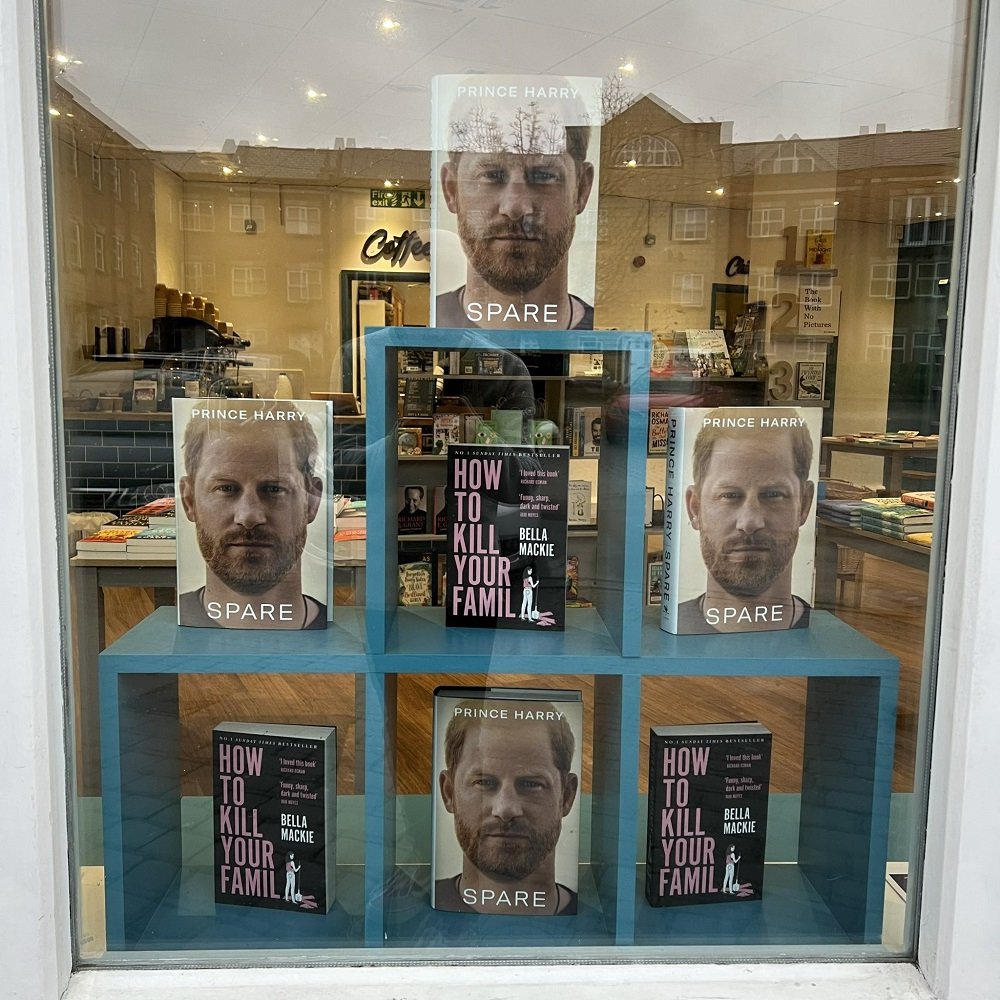 A cheeky bookshop owner has put Prince Harry’s new memoir Spare next to Bella Mackie’s book How to Kill Your Family.

Bert’s Books, in Swindon, Wiltshire, set up the display to mark the first-day copies of Harry’s book hit shelves in the UK.

Manager Alex Call, 35, said: ‘To be honest it was a light-hearted joke with the first customers of the day and to be fair Bella Mackie’s book was already in our window.

‘It was the best-selling book in our shop and we thought it would make everyone laugh and it has.

‘Most people have taken it in the spirit it was intended but some people think we are being a bit mean about it.’

Last night barely a handful of people turned up at stores that had midnight launches of the book.

Alex added: ‘We have sold a couple but it is quiet in the shop – it always is on a Tuesday morning.

‘I’m not expecting a rush but a couple of copies have been sold.’

Anyway, we do have some spare copies of Spare if you want one pic.twitter.com/uOFbiPdMaW

People were quick to react to the photo once it was posted on Twitter.

Get all the latest updates on Metro.co.uk‘s dedicated Prince Harry page.

Cindy tweeted: ‘Based on this window display, I want to support your shop. Do you ship to Canada? This is just brilliant….’

While Steve Antony tweeted: ‘This is my local indie, and I now feel like I need to pop by just to get my picture taken by this superb display. (I’ll swing by soon).’

But not everyone saw the funny side to it, with Carol Pike tweeting: ‘No thanks. Can you recommend something more likely to grip my attention please?’