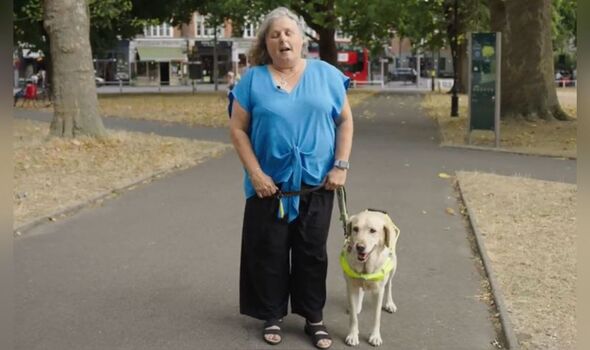 A blind woman fell into a road due to overhanging branches and vegetation blocking the pavement, which the council did not clear.

Penny Hefferan says she has been left with a badly scratched face and eye because of vegetation obstructing a footway that she was unable to see.

The guide dog owner, who had been called as a witness to a call-in debate on January 19, that ultimately agreed that Essex County Council should proceed with scrapping its £860,000 a year discretionary commitment to fund the ranger services run by district councils, reports Essex Live.

It means funding responsibility for the rangers, who cut grass verges, clean and repair road signs and bollards, and trim vegetation to improve visibility of signs, is to be passed down to district and borough councils, even though these authorities face tough financial conditions themselves.

Some councils have pledged to continue the service for at least another year but there is no guarantee they all will given the budget pressures face by all local authorities.

Ms Hefferan, who works for Guide Dogs for the Blind, warned the committee that ignoring obstructed pavements can have dangerous consequences.

She said: “I have ended up at my destination with blood on my face. One of my eyes fortunately doesn’t get damaged but the other one, with a little bit of sight that I have, has been damaged before.

“But more worrying than all of that is that I’ve actually fallen off the curb, landed in the road and you can imagine I’m sure how frightening that is but also how dangerous that is.”

The county council budget has said it has made the decision to help preserve its priority in adult and children social services.

It has pledged to deal with dangerously obstructed pavements by sending out Essex County Council highways staff.

Councillor Lee Scott, cabinet member for highways, said: “I sincerely hope and believe that the works which we’ve heard from Penny that she is concerned about do count as some of those aspects of being dangerous and would be picked up by Essex County Council.”

He added: “This whole decision I want to put to you is of course about budgets.

“Quite rightly our priority has to be adult and children social services which take up a vast percentage of our monies and I think everyone would agree that needs to be the case.”

Some districts such as Rochford will be carrying on the service for the next year but it is up to each individual district to decide whether to continue it.

Cllr Scott said: “There isn’t a case here of we’re doing this for no good reason.

“We’re doing it because we need to protect the services and anything that is dangerous that’s been mentioned, as Penny has, would either be taken up by Essex County Council or if it’s a landowner we would use enforcement powers with our enhanced enforcement team to make sure that work is done.”