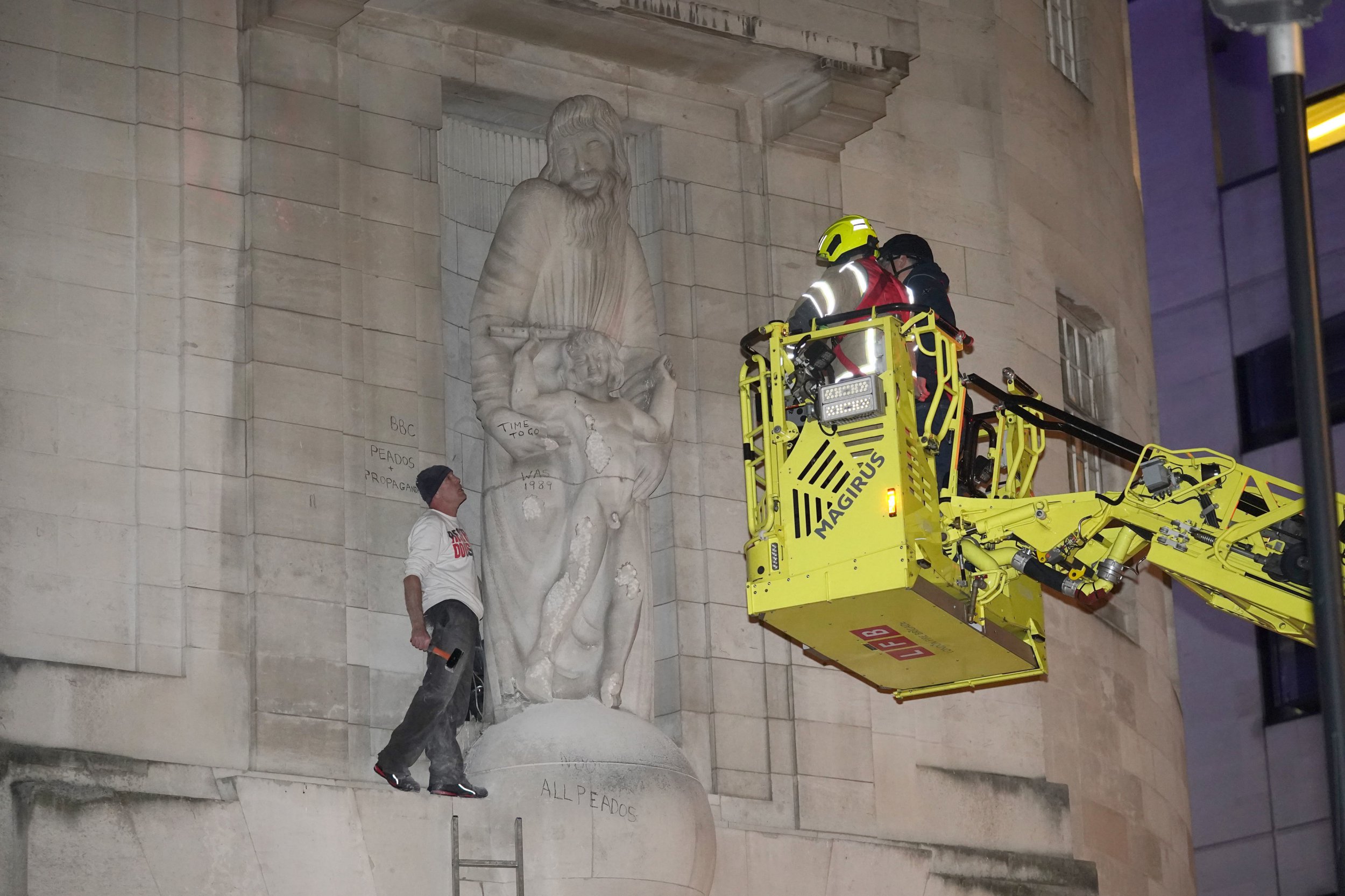 The BBC will not take down a controversial statue outside its London headquarters after a protester defaced it with a hammer.

Eric Gill’s sculpture of Prospero and Ariel has been on display at Broadcasting House since 1933.

He was a renowned sculptor until his death in 1940, but his personal diaries revealed he sexually abused his two eldest daughters and a family dog.

A man was pictured on the statue’s ledge yesterday and arrested on suspicion of criminal damage.

The incident has stirred up a conversation around Gill’s past, but the BBC has defended its decision not to remove or replace the work.

A spokesperson said: ‘The statue at the front of old Broadcasting House is a representation of Prospero and Ariel from Shakespeare’s The Tempest. Prospero is shown sending Ariel out into the world.

‘When the statue was commissioned, Ariel – as the spirit of the air – was seen as an appropriate symbol for the new dawn of broadcasting.

‘The BBC doesn’t condone the views or actions of Eric Gill. Clearly there are debates about whether you can separate the work of an artist from the art itself.

Nearly 2,500 people previously signed a petition demanding the removal of the sculpture.

It comes a week after a jury in Bristol cleared four people of criminal damage after they pulled down the statue of slave trader Edward Colston.

The bronze memorial to the 17th century figure was toppled during a Black Lives Matter protest in the city in June 2020, before being rolled into the River Avon.