Kirsty Young brought tears to BBC viewers’ eyes with an emotional monologue, as she concluded the channel’s eleven days of coverage of the Queen’s funeral. In the poignant address, Ms Young said the Queen “made history.” She said: “Queen Elizabeth II has gone, but she will surely never be forgotten.” Her comments sparked emotions among viewers who admitted they cried.

T Shepherd tweeted: “This was absolutely beautiful, poised, fitting and delivered with grace. It made me cry. Exceptional. #KirstyYoung.”

Marijana (M&M) said: “I could sense her choking up as she was reading the teleprompter.”

“Kirsty…that was both professional and deeply moving.Thank you for giving the days coverage a beautiful and perfect ending,” Winston smith said. 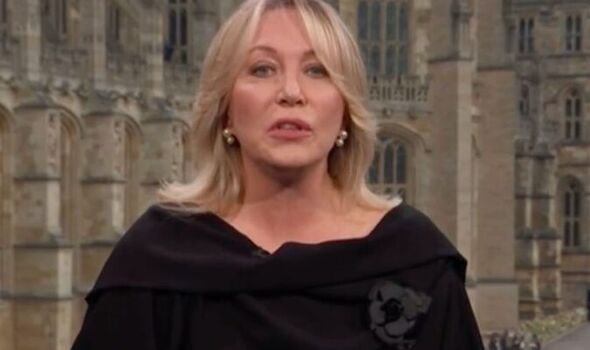 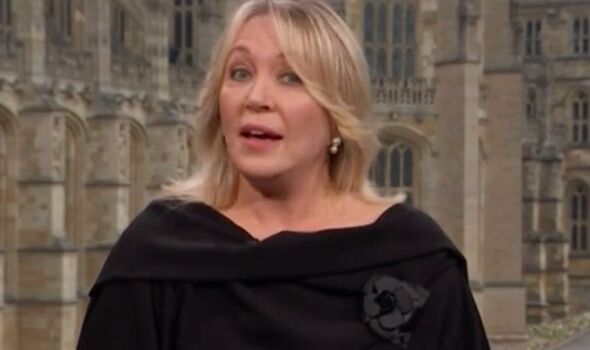 In her touching monologue, Ms Young said how much Her Majesty The Queen’s legacy will live on beyond her death.

She said: “It’s often felt in recent days that a veil of sorrow has covered the nation.

“But the Queen’s funeral has surely exemplified her reign,” Ms Young added, sighing. 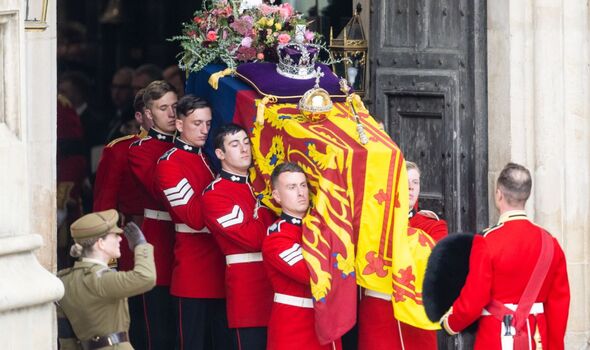 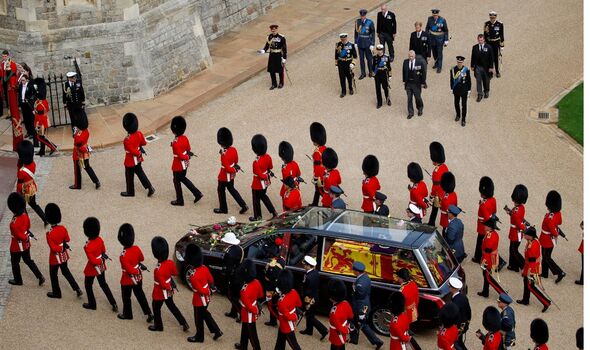 Ms Young continued: “She united us in one final act of togetherness, unifying the United Kingdom.”

Choking back her tears, she said: “And indeed the world beyond in respect of the ceremony and significance.”

“As a very young woman, she famously said her whole life whether it should be long or short, would be devoted to our service,” Ms Young said, struggling to contain her emotion.

“Well, never was a person truer to their word.” 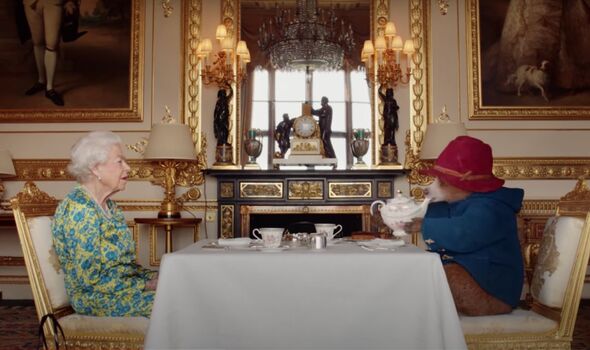 Despite being overwhelmed with emotion, the BBC presenter kept saying her monologue.

“Many of us with tears in our eyes, but all of us with an abiding warmth in our hearts for all that she gave.”

The late Queen died aged 96 after more than 70 years of service to the British people, making her the longest-reigning monarch the country has ever known.