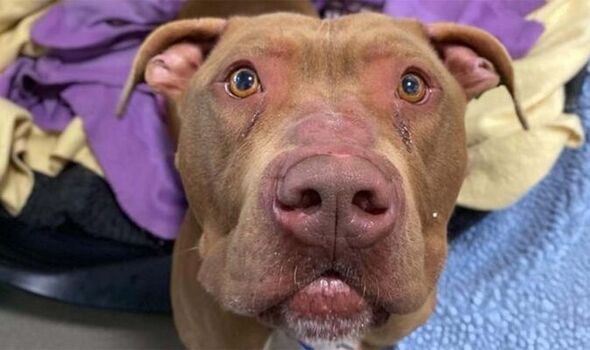 The animal charity is urging lawmakers to review and change the banned breeds list in the UK after a “sweet and loving” dog had to be put down. Under the 1991 Dangerous Dogs Act, four breed types – including pit bull terrier, Japanese Tosa, Dogo Argentino and Fila Brasileiro – are banned, with any dog identified as one of these being sentenced to death.

This is regardless of their good behaviour or history of being a gentle and friendly pet, the Mirror reports.

The most common of the four is the pit bull terrier, which is not a specific breed and instead a ‘type’ recognised by vague physical characteristics, including a square-shaped head and athletic build.

Staff at Battersea recently had to euthanise an innocent rescue dog named Murphy, for his likeness to a pit bull terrier. Murphy was found by a member of the public chained to a fence in May, but despite his horrific start to life, he was friendly with everyone he met and quickly became a favourite with caregivers.

Battersea’s vets estimated he was only a couple of years old and put a plan in place to get him fit and healthy, including a special diet to help him gain much-needed weight and soothe his sores. Staff were determined to give Murphy the second chance he deserved, but sadly it wasn’t meant to be.

One week later, Murphy was viewed by the visiting dog legislation expert, who decided he met the physical criteria of a pit bull and the charity was legally obliged to put him to sleep. 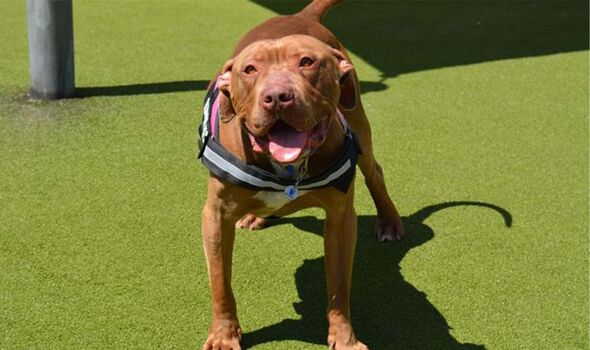 Rescuers at Battersea are no strangers to saying goodbye to beloved dogs as a result of their physical characteristics.

Another puppy unfortunate enough to meet the subjective criteria of a banned pit bull type was Georgie, who was only six months old when she was taken into the London centre as a stray. Days later, the pup was singled out as a ‘dangerous dog’ by a legislation officer, who found that her appearance ticked certain boxes.

The charity was legally obliged to put Georgie to sleep, despite her having only ever shown friendly, affectionate behaviour to all humans and dogs she met.

Many leading experts support the belief that a dog’s appearance cannot accurately indicate potentially dangerous behaviour and aggression levels. Behaviourists also believe that the current criteria is wholly subjective and lacks any consistency between each of the dog legislation experts responsible for identifying banned breed types.

Battersea’s centre manager Steve Craddock told The Mirror: “Dogs like Murphy are why we at Battersea have long been calling for a complete overhaul of the law around banned breeds. There are many reasons why any dog could display negative behaviour, but the way they look is certainly not one of them. This is clear from the fact that the number of dog bite incidents has in fact increased since the ban on certain breeds came in over thirty years ago. 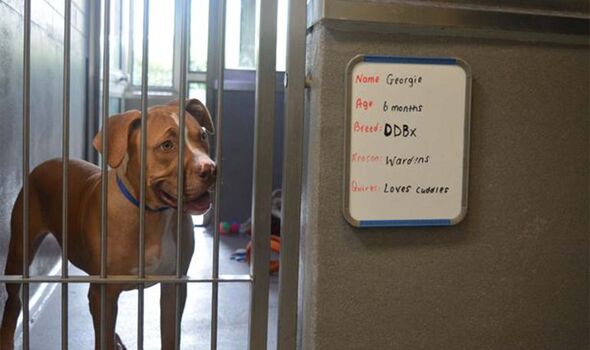 “Any dogs that are genuinely a threat to people should of course have to face consequences alongside their owners, but thousands of dogs like Murphy that have done nothing but look the ‘wrong’ way deserve so much better.”

Over the past decade, the rescue organisation has been forced to put almost a thousand dogs to sleep based purely on their physical appearance.

Steve said: “Battersea and other rescue centres have to regularly deal with the heart-breaking consequences of this ineffective legislation and a change in the law is long overdue. It never gets any easier for our caring staff who spend time getting to know these dogs with their individual quirks and characters, only to then be told that the dog’s life must be cut short due to an outdated law.

“We hope that there will soon be positive steps towards long overdue changes in the law that will not only be fairer to innocent dogs, but also better protect the public from the small minority of dogs that do behave dangerously.”

Rescue centres across the UK are currently not allowed to rehome any dog identified as a banned breed type and are legally forced to put them to sleep. There is no consideration allowed for the individual dog’s temperament or history of good behaviour. 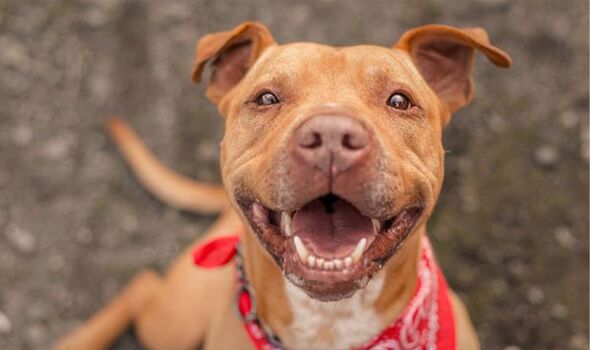 Battersea urgently wants to see this part of the law changed – with measures put in place to allow rescue organisations to rehome these dogs, once behaviourally assessed, to responsible owners in loving homes.

The current inability to give banned dogs the second chance they deserve has taken its toll on the charity’s dedicated staff over the years, many of whom have been forced to say goodbye to innocent dogs.

In 2018 the Environment, Food and Rural Affairs Committee released a report into the current laws, Controlling Dangerous Dogs. The report stated that the current Dangerous Dogs legislation has not only failed to protect the public, but also harms animal welfare.

Despite this Parliamentary Committee’s findings, the Government has so far failed to proceed with any of the report’s recommendations.

Members of Parliament recently had to discuss the efficacy of the current law after over 100,000 people signed a petition calling for change. 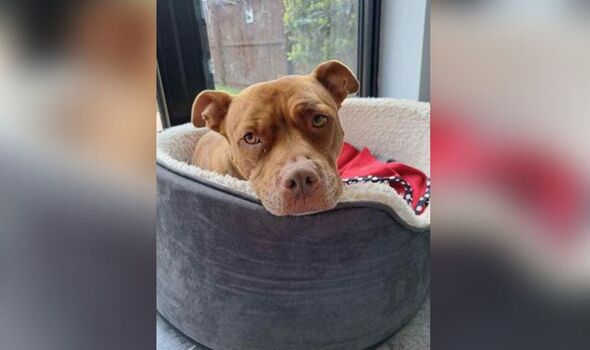 Anita Mehdi, 56, from Middlesbrough, is the face behind the petition to change the Breed Specific Legislation (BSL) after her “obedient and gentle” dog fell victim to the law.

In 2019, five-year-old Lola was seized by police after a member of the public reported her as a vicious pit bull.

Lola, who is an American bulldog crossed with a Staffordshire bull terrier, was almost euthanised for meeting specific measurements on the BSL. Despite the court agreeing that Lola was not at a risk to the public, she has now been forced to wear a muzzle and be kept on a lead outside for the rest of her life.

Lola developed anxiety and became traumatised, and now often refuses to leave the house for walks.

Anita said: “A dog should not be deemed dangerous by a tape measure – it’s ludicrous. Dogs should be categorised by their actions instead of their appearance.”