The bumper reward for Mr Walsh was rubber stamped, despite nearly 30 percent of shareholders in BA parent company IAG failing to back boardroom pay plans at the group’s AGM yesterday. The meeting marked Mr Walsh’s retirement from IAG, where he was chief executive. The Irishman, 58, has pocketed £33million in pay and perks since 2011.

But while he can look forward to a comfortable retirement, many BA workers face an uncertain future.

Since Mr Walsh’s bonus was agreed, IAG’s fortunes have gone into freefall after the coronavirus pandemic triggered a slump in business. BA responded by proposing 12,000 job losses in April.

It led to a bitter row with unions, with Unite claiming BA planned to “fire and rehire” staff who survived the cull on far worse terms. Thousands of BA staff have already taken voluntary redundancy.

New contracts sent to BA crew last week included a clause which means they could be temporarily laid-off, without pay, “due to a reduction in business or for any other reason”.

Workers who do not sign the contract by September 19 will get the axe. 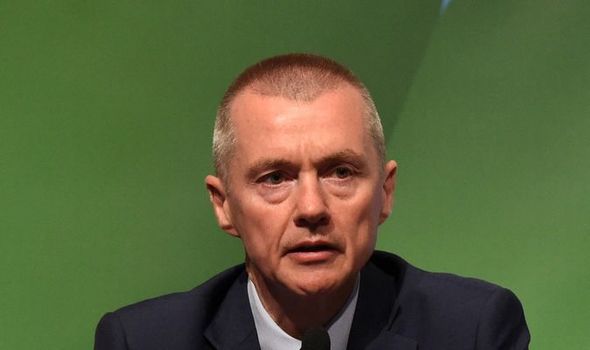 The £883,000 annual bonus was part of a £3.2million pay and perks package MrWalsh was handed for last year.

Unite executive officer Sharon Graham said: “So far, over 280 MPs are backing Unite’s call for a review of British Airways’ lucrative hold on take-off and landing slots and now the Government has also backed a review.

“So British Airways needs to pull back from its fire and rehire behaviour and ensure they retain the workers to hold onto their slots.”

Mr Walsh hands over the reins to Luis Gallego, the boss of BA’s sister airline Iberia. He will receive a base salary of £820,000, as well as possible cash and share bonuses worth up to £3.3million a year.