The Russian president called the talks “constructive,” but his other comments suggested the two leaders did not find much common ground. 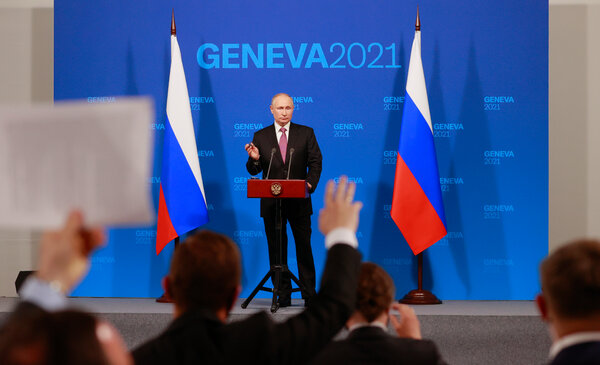 President Vladimir V. Putin of Russia, speaking to reporters after meeting privately with President Biden on Wednesday, denied that Russia has played a role in a spate of increasingly bold cyberattacks against U.S. institutions, and said the U.S. was the biggest offender.