Home » Europe » As Virus Cases Surge in Europe, Hospitalizations Lag. But for How Long?

For now, countries are betting they can suppress hospital admissions and deaths without imposing more lockdowns, even as case numbers approach peak levels from last spring. 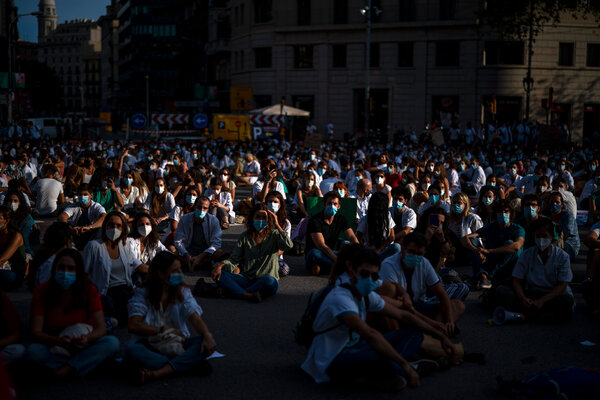 LONDON — In Munich, normally brimming with boisterous crowds for Oktoberfest this month, the authorities just banned gatherings of more than five people. In Marseille, France, all bars and restaurants will be closed next Monday. And in London, where the government spent weeks urging workers to return to the city’s empty skyscrapers, it is now asking them to work from home.

Summer ended in Europe this week with a heavy thud amid ominous signs that a spike in coronavirus cases may send another wave of patients into hospitals. Officials across the continent fear a repeat of the harrowing scenes from last spring, when the virus swamped intensive care units in countries like Italy and Spain. Already in Spain, some hospitals are struggling with an influx of virus patients.

“I’m sorry to say that, as in Spain and France and many other countries, we’ve reached a perilous turning point,” Prime Minister Boris Johnson said on Tuesday, as he imposed new restrictions — including shutting pubs and restaurants at 10 p.m. — to prevent Britain’s National Health Service from becoming overwhelmed.

But just how imminent is the peril?

As they weigh actions to curb a second wave of the virus, Mr. Johnson and other European leaders are dealing with a confusing, fast-changing situation, with conflicting evidence on how quickly new cases are translating into hospital admissions — and how severe those cases will end up being. 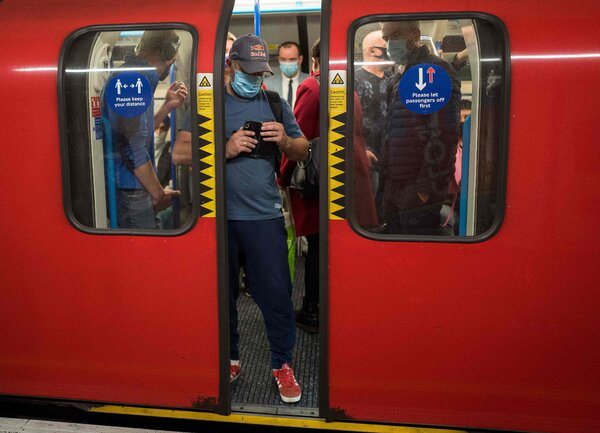 In Spain, where new cases have surged to more than 10,000 a day, hospitals in Madrid are close to capacity and the government said it was preparing to reopen field hospitals in hotels and in the city’s largest exhibition center. Yet in France, which reported 66,000 new cases over the last seven days, hospital admissions and deaths, while also rising, are going up more slowly.

There is a similar divergence between infection rates and hospitalizations in Germany and Austria. And in Britain, which reported 6,178 new coronavirus cases on Wednesday — the highest figure since May 1 — just 134 patients were admitted to hospitals on Monday, barely a tenth of those admitted in early May.

Some experts argue that this shows the virus has lost potency since it first arrived in Europe, or that it is now infecting mostly younger people, who are less likely to experience severe symptoms. Others say it is a testament to social distancing, the widespread use of face masks, greater precautions for more vulnerable people and better medical treatment.

“It’s not going to be like the first time when we needed to stop everything,” said Dr. Karol Sikora, an oncologist and professor of medicine at the University of Buckingham Medical School. “It’s going to be a slow burn.” He and 31 other doctors and scientists sent a letter to Mr. Johnson urging him to take a more targeted response to the spike in cases.

Other experts, however, warn against being lulled into complacency: the gap between case numbers and hospital admissions, they say, is mainly a reflection of the fact that more people are being tested, and more quickly.