This is the moment armed police swept in to arrest a suspect after a drive-by shooting at a memorial service in London left a seven-year-old girl fighting for her life.

The man, 22, who has not been named, was held after police stopped a car in Cricklewood Lane, Barnet, on Sunday.

The arrest comes as police continue to appeal for more information about the ‘shocking’ shooting, which occurred outside St Aloysius church, next to Euston station in London.

Around 300 mourners were leaving the funeral for Sara Sanchez, 20, who died of leukaemia in November, and her mother Fresia Calderon, 50, who suffered a fatal blood clot three weeks earlier.

A gunman then opened fire with a shotgun from the window of a nearby car.

The shots sent mourners running and screaming, with many of them sheltering inside the church, witnesses said. 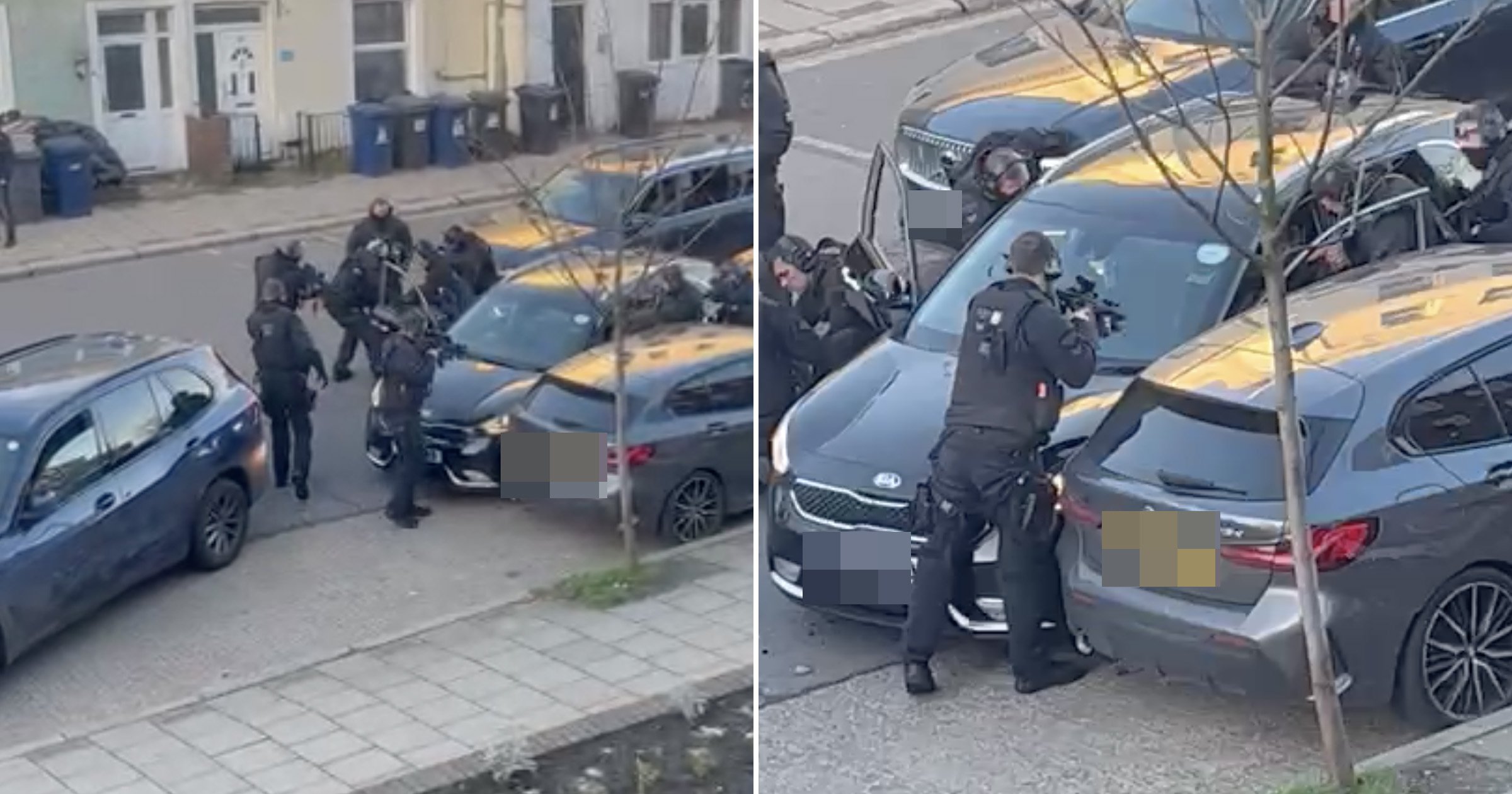 Father Jeremy Trood, who conducted the service, ‘I was inside the church. I heard the bang and people ran back into the church. They knew something had happened outside.

‘They were very scared, people sheltered in the church until the police said they could leave but some of them were so scared they had to wait a while to get their confidence back up to go outside.

‘But I was in the church the whole time so I didn’t actually see what had happened.’

Four other women and a 12-year-old girl were also injured in the blast, which authorities believe may be linked to the activities of a Colombian drug cartel.

‘Thankfully their injuries were assessed as non-life threatening. The 48-year-old woman has sustained potentially life-changing injuries.

‘Two children were also injured. A 12-year-old girl sustained a leg injury. She was treated at hospital before being discharged yesterday afternoon. She is expected to make a full recovery.

‘A seven-year-old girl was more seriously injured. She remains in hospital in a stable but life-threatening condition, and our thoughts are with her and her family.

One parishioner said: ‘We are in deep shock. It’s a tragedy. We are praying for those who were hurt. Why anyone would target a funeral I don’t know.’

Ms Sanchez suffered from leukaemia for three years before succumbing to the disease, after her mother died suddenly from a rare blood clot on arrival at Heathrow from Colombia.

Ms Calderon’s former husband, Carloz Arturo Sanchez-Coronado, was jailed in 2009 after being extradited to the UK and accused of laundering cash for Colombia’s infamous Cali cartel.