Aid charity War Child has begged Boris Johnson, Rishi Sunak and Dominic Raab to reverse the decision to delay Aid Match payments until next April. Under Aid Match, any donations from the public to charities on the scheme are equalled pound for pound by the Government. But War Child has been told the £500,000 it would get to match its fundraising target for rescuing, feeding and educating Afghan youngsters is postponed.

The decision – which stems from the Government’s decision to cut aid expenditure by 0.2 percent of Gross National Income – means 3,430 children will be without support.

War Child – championed by the Daily Express and supported by readers – called the postponement “a breach of the promise” to generous donors, who took Aid Match into account when they decided to donate.

Actors Carey Mulligan, Vanessa Kirby and Gillian Anderson are among the high-profile supporters who signed an open letter to the Premier, Chancellor and Foreign Secretary. Other signatories include film and TV stars Jodie Whittaker, Jude Law, Margot Robbie and Mark Strong.

“But the Government reversed its decision and delayed their match funding by 10 months. 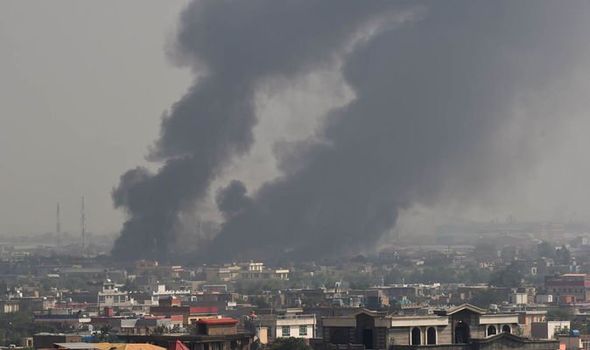 “The children at risk of abuse and exploitation need our support now, not next year. I urge the Government to reverse this damaging decision and keep their word to the public who donated so generously in such a challenging year, and most importantly the children we all committed to helping.”

The letter added: “A promise has been broken – a time-sensitive project bringing lifesaving support is now delayed.”

War Child set up the Torn from Home scheme to rescue children displaced by the almost continuous warfare in Afghanistan.

Its workers ran education and careers projects to prevent them having to make perilous journeys to other regions to find work.