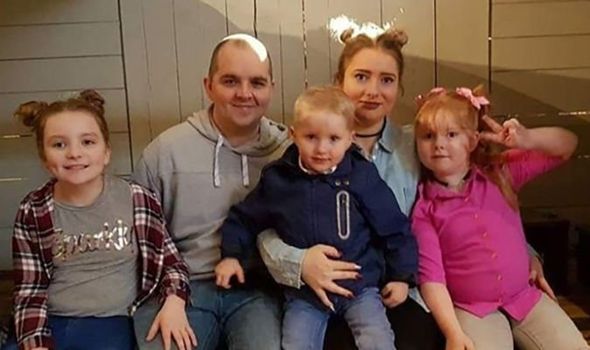 Tammy Morrow, 30, lost her fight with Haemophagocytic lymphohistiocytosis (HLH), a rare immune disorder where the body reacts inappropriately to a ‘trigger’, usually an infection. It is hard to diagnose because the symptoms can mimic severe infection or other conditions.

A month before she passed away, she had complained of having itchy fingers which she could not relieve.

She then contracted what they thought was thrush, which she was also unable to relieve symptoms of.

Tammy rang her GP when she developed a temperature, headache and rash. She went to A&E as advised, and was admitted to hospital.

Tammy, who was a few months from becoming a qualified midwife to achieve “her dream”, then endured “13 days with no answers” as her symptoms worsened.

She was given tablets which, after one week, appeared to help so she was discharged from hospital.

However, as Belfast Live reports, Tammy was rushed back to A&E and put into intensive care after she became unwell again. She died there on May 26 with her heartbroken husband Paul by her bedside.

Paying tribute to his “one in a million” wife, Paul said: “Everyone always came before herself, pretty much.

“It’s really hard to sum her up because she was just absolutely amazing.

“She was always pushing herself to be the better person.

“She really was a one in a million person.”

Paul, who met Tammy 11 years ago, was unable to visit her in hospital initially due to Covid restrictions.

The warehouse worker was only able to speak to his wife on the phone. He said: “It was like talking to a completely different person.

“She could hardly breathe,” he said, “You could hear the ventilator in the background.”

Paul, from East Belfast, was called in when she took another turn for the worse.

Paul said: “I never left her side. Never raised my head off her shoulder.

“I heard her very last breath. It will never ever leave me, that sound.”

Tammy, who worked in a bar, longed to become a midwife and was about to finish her course at Queen’s University Belfast.

Paul added: “She was so, so close to living her dream.

“I’m still expecting her to come through the front door and shout at me and say, ‘Why haven’t you done the washing!’

“I am totally lost without her. It’s the kids that have kept me going.”

“I’ve said to the kids, we will never forget how sick mummy was. But at the same time, we need to learn to live with it.”

The couple met in their teens but got together a few years later, after a New Year’s Eve kiss.

“Ever since then I have pretty much never left her side,” Paul continued.

They since married and had three children; Amber Lei, 12, Pegan, 10, and eight-year-old Logan.

As well as paying tribute to his wife, Paul wants to raise awareness of the syndrome that took Tammy’s life, to prevent other families having to go through the same pain.

You can find more information about HLH on the NHS Great Ormond Street Hospital website.

A GoFundMe has also been set up, ‘In Memory of Tammy Morrow’.