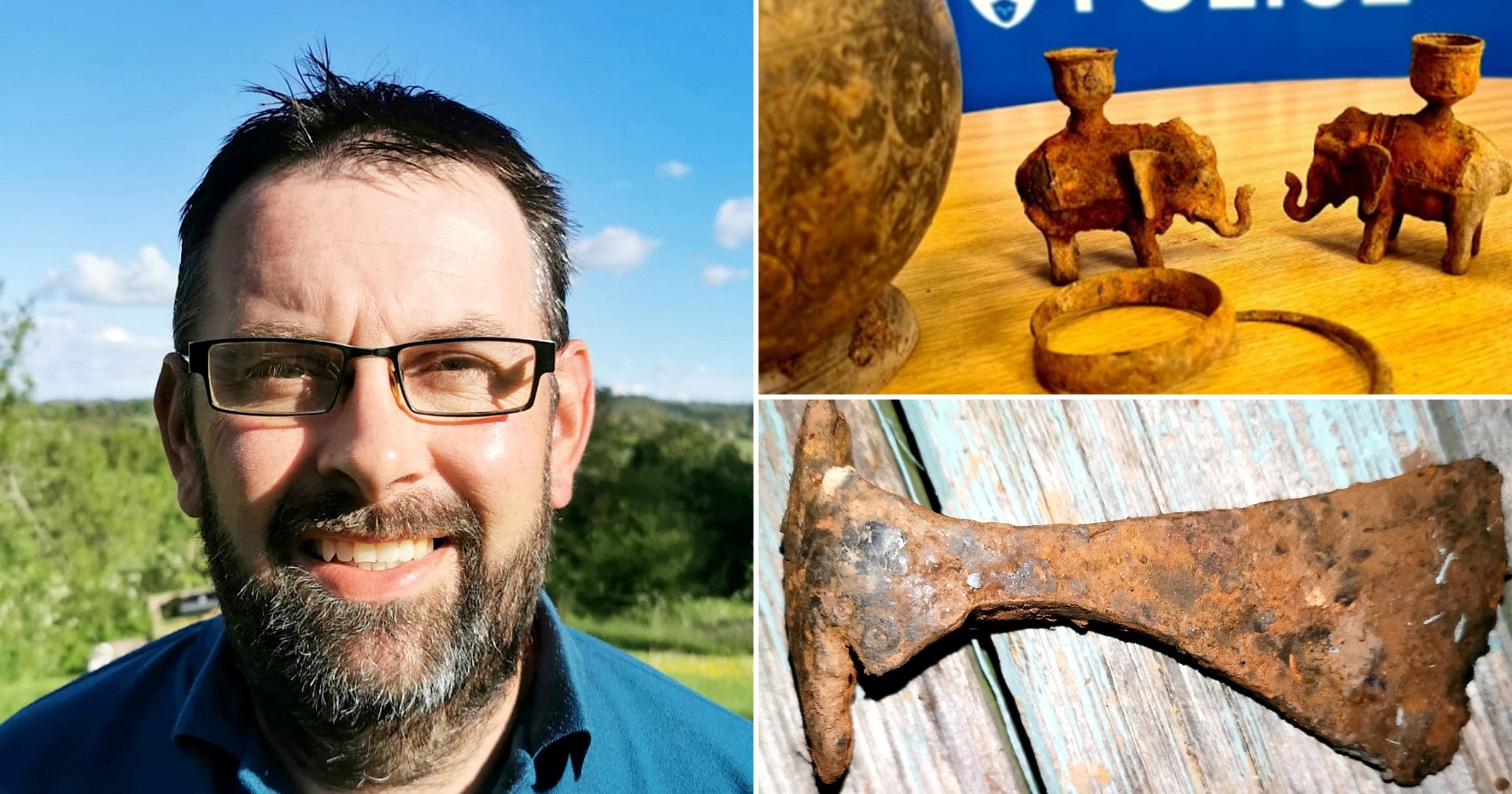 An amateur metal detectorist struck gold on his first treasure hunt, unearthing thousands of pounds worth of stolen ancient artefacts.

The precious items had been buried four years earlier after they were stolen in a burglary from a home in Ludlow, Shropshire, around 45 minutes drive away.

Charles reported the find to the landowner and coroners’ office, who traced the loot back to its rightful owners.

He told how the metal detector ‘went crazy’ when he stumbled upon the ‘amazing find’ on May 7.

Charles said: ‘I have so many questions in relation to these items and can’t wait to speak to the owner.

‘I can’t believe this is my first time out with the metal detector, to find such an amazing find is just incredible.’

‘You always hear stories like this, but you never get to be a part of one. So, it is exciting to be part of such a happy conclusion.’

The owner of the relics, who has not been named, told how they never expected to be reunited with the treasure.

‘I am so pleased to get these items back, we had resigned ourselves that we wouldn’t get them back as they had been gone that long, you just don’t even think about them being returned anymore,’ they said.

‘The metal detecting community have helped to reunite the rightful owners with the Roman and Viking jewellery and other treasure items. We will continue to investigate who took these items and buried them,’ DC Court said.

‘We are exceptionally pleased to be able to return the items to the rightful owner and once again thank Charles for finding and reporting them promptly.’

A metal detecting couple celebrated finding a stash of incredibly rare silver coins dating back 1,000 years, worth £5million, in 2019.

In the same year, Buckingham Palace was forced to halt its £369million refit job after documents revealed workers were likely to encounter ‘buried archaeology’.