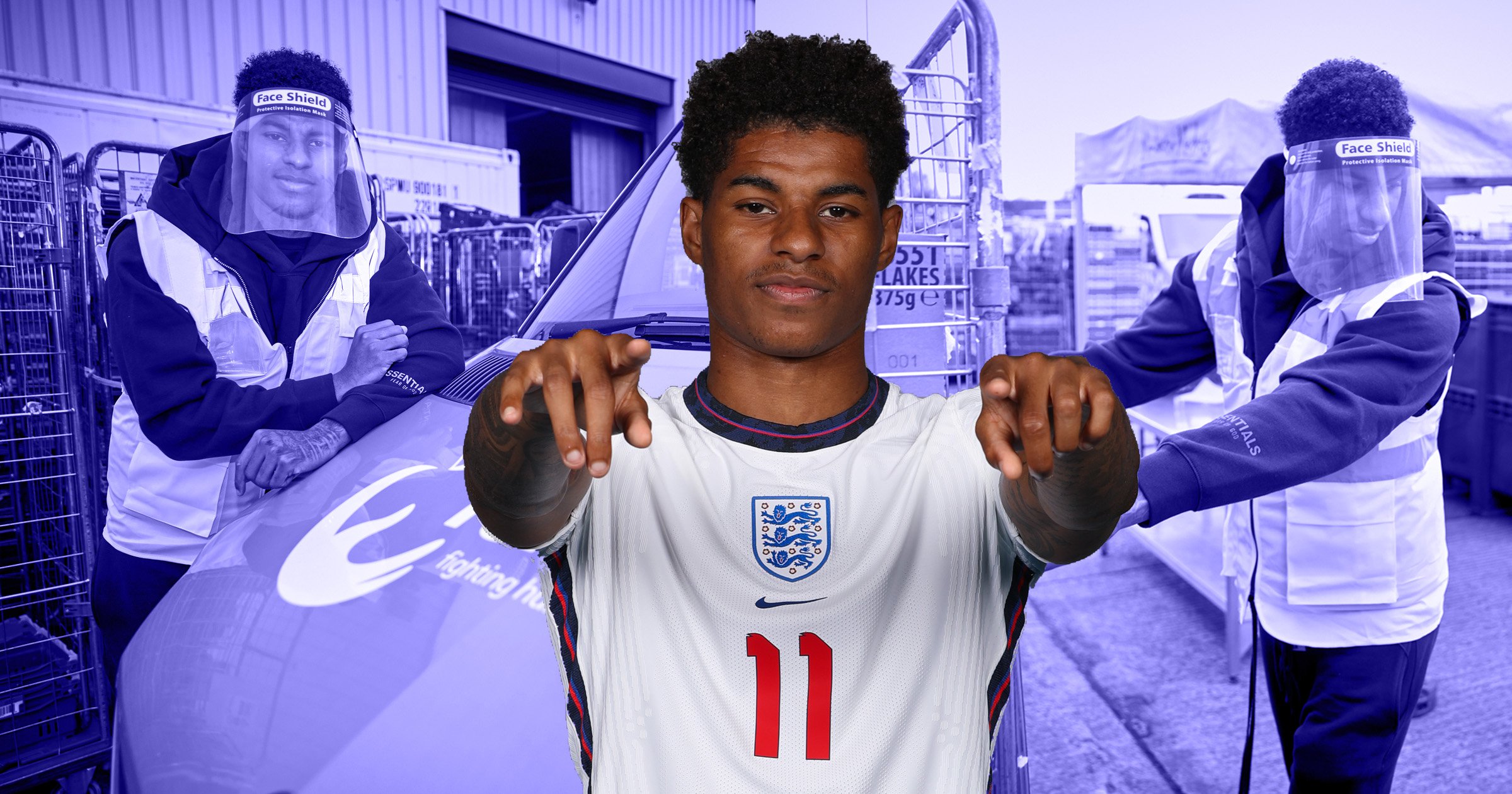 The whole of England was left devastated last night after watching the Three Lions lose to Italy in the Euro 2020 final.

But few will be as heartbroken as Marcus Rashford, who along with Jadon Sancho and Bukayo Saka, missed their penalties in the crucial shootout.

Rashford was visibly distraught after hitting the post, and was then seen heartbreakingly sad as he shared a hug after the game.

But on top of the disappointment of losing England’s first final since 1966, Rashford and his teammates were subjected to a string of racist abuse.

Somehow, people have even managed to find a way to take a swipe at the Manchester United star’s charity work, which has fed millions of disadvantaged children all over the UK.

Tory MP Natalie Elphicke told other MPs in a WhatsApp group after the game: ‘They lost – would it be ungenerous to suggest Rashford should have spent more time perfecting his game and less time playing politics.’

She later apologised but other disappointed football fans have since made a string of similar comments.

However, true fans have not let their team down, with many flooding their social media accounts with messages of love and support.

One little boy wrote a tear-jerking letter to Rashford, which read: ‘I hope you won’t be sad for too long because you are such a good person.

‘I am proud of you, you will always be a hero’.

On top of inspiring kids to be better people, here is a list of everything Rashford has achieved while ‘playing politics’.

All the amazing things Marcus Rashford has done

Manchester United supporter Matt Waymont tweeted a request for help to get match tickets for his friend in the US, John Berk, who had never been to England or seen a game live before.

Rashford casually replied: ‘Hey man, drop me a DM. I’ll sort this for you.’

Mr Berk, who had beaten stage-three cancer, was later pictured fully kitted out, smiling next to the footballer.