Home » Europe » A-level grades: Which grades can be used? What is your grade NOW?

A-level grades: Which grades can be used? What is your grade NOW?

A-level results were released last week and caused uproar after an algorithm designed to standardise results across England saw nearly 40 percent of grades marked down. The algorithm saw grades worked out based on the school or colleges previous results, teachers ranking and estimated grade.

The idea was the grades this year – even without exams – would be consistent with how schools had done in the past.

The teachers’ rankings would then determine which pupils received the top grades in their particular school.

However, when the results were released on August 13 in England, nearly 40 percent were lower than the teachers’ assessments.

The issues arose from the algorithm putting so much stead in previous school performances – which meant a top-performing student at a school with below average results were likely to have their grades lowered through no fault of their own. 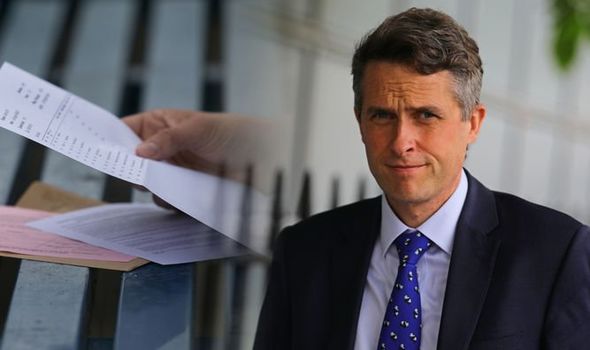 Similarly, this benefited private schools, as with smaller class sizes and better funding, students typically get higher results – potentially pushing up grades under the algorithm.

The grading process was met with widespread criticism, and students took to the streets in central London on Sunday to demand change.

Pressure mounted on Education Secretary Gavin Williamson after he backed the marking scheme as “robust” despite anger from all sides.

Speaking on Monday night, Mr Williamson apologised for the “distress” caused and announced a huge U-turn to grading A-levels and GCSEs, the latter of which are due to be released on Thursday, August 20. 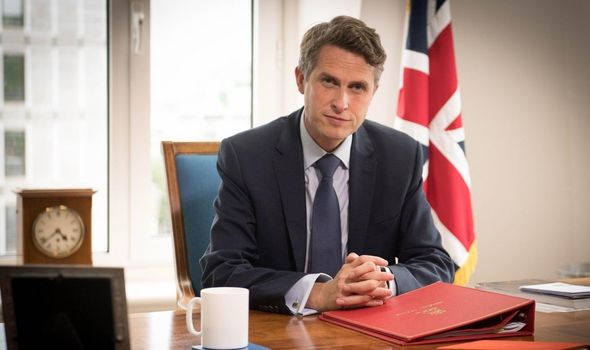 Which grades can be used?

Mr Williamson announced the abandonment of the algorithm last night and said teachers’ grades would be used instead.

Students who had been awarded a higher grade by the moderation process will be allowed to keep it. For example, if your teacher predicted you a B but you were awarded an A on results day, you will be able to keep that A grade.

But for many pupils, the algorithm produced grades were lower – and so they will be able to use their predicted results given to them by their teachers.

For example, if a student was predicted a B, but their moderated results awarded them a C, they will be able to record the higher B grade.

But while this may seem like good news, this could cause yet more uncertainty for A-level students hoping to go to university.

An increase in the number of people achieving the required entry grades could cause trouble in the admissions process.

Ministers have urged universities to be as flexible as possible when looking at who to admit on to a degree course, saying they expect institutions to honour all offers made and met.

But some institutions have already raised concerns about a lack of capacity, staffing, accommodation and facilities if numbers increase – especially at a time when universities are trying to be COVID-secure. 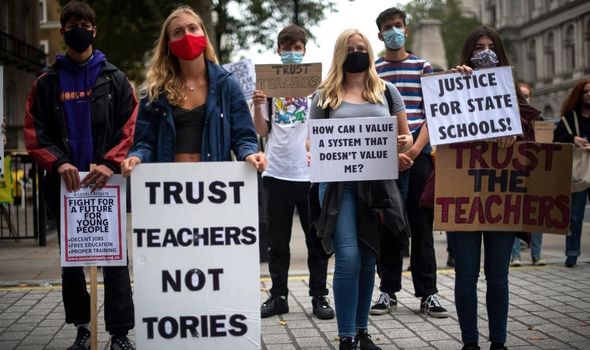 For others, the change may already be too late if they have missed out on courses as a result of the lower grades awarded last week.

Students who are unhappy with both their calculated grade and centre assessment grade will still be able to sit exams in the autumn.

There is uncertainty over Btec results, with Mr Williamson saying his department is working with the awarding body Pearson to extend the change to the vocational qualifications.

GCSE students will also be able to use their centre assessment grades (CAGs) – the grades submitted by schools and colleges to the exam boards – if they are higher than the moderated grade. 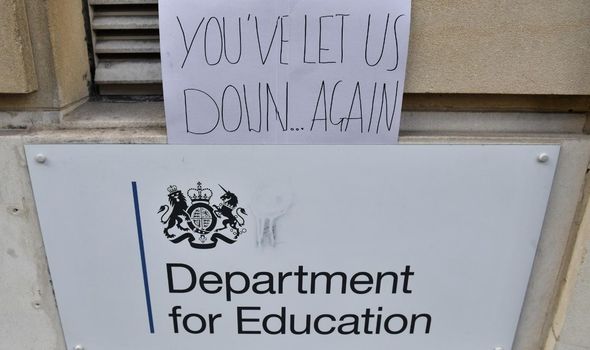 GCSE results are due out on Thursday, August 20 at 8am.

Mr Williamson said he acted after realising over the weekend that there were “real concerns” about results, but his intervention at such a late stage led some critics to call for his resignation.

In Scotland, the Government was forced into a U-turn after a backlash about the moderation system used there.

Students complained after more than 124,000 test results were brought down.

Last week it was announced the lower results would revert to the grades estimated by pupils’ teachers.

Less than a week later – just four days after A-level results were awarded in England, Northern Ireland and Wales – the devolved administrations also announced they were moving to teacher-assessed grades.

Most A-level and GCSE students will be given grades predicted by teachers in Northern Ireland following an outcry from teachers, parents and pupils.

Like elsewhere in the UK, Welsh pupils will now be awarded results on the basis of teacher assessments rather than an algorithm for grading A-levels and GCSEs.