A ban on machete is being drawn by the Home Office 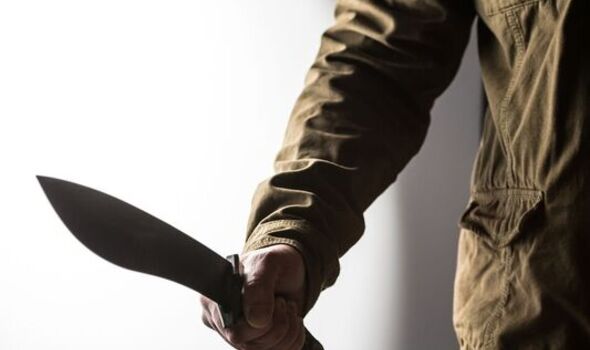 Crime minister Chris Philp has consulted the National Police Chiefs’ Council on a ban. It revealed that an announcement is due “in the near future”.

The possession of so-called “zombie knives” has been punishable by up to four years in prison since July 2021.

Sales of the weapons were outlawed in 2016.

However, legislation defines a zombie knife as a blade decorated with images or words. Police representatives are worried killer knives without writing are not covered, and can still be sold to people aged 18 or over.

Machetes, including those with serrated blades, are easily available in the UK from online stores. They are often advertised as “bushcraft” tools for camping.

Machetes were used in 1,364 crimes in November and December last year in areas outside London, Freedom of Information requests showed.

A court was told his five killers used a knife and three machetes in the savage attack.

Meanwhile, four men were jailed for murder and two for manslaughter following the killing of Abdirahim Mohamed, 18, in a residential Leicester street last year.

Terrified residents witnessed the “ferocious attack” on Abdirahim by drug gang members, with weapons including a machete, a court heard.