Home » Business » Where Does America Sit in a Pandemic World?

Where Does America Sit in a Pandemic World?

A conversation with The Times’s Tom Friedman about how Covid-19 has changed the United States’ position in global affairs. 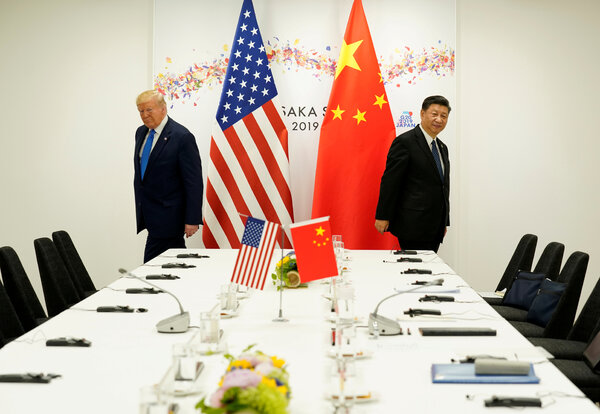 The pandemic has disrupted life as we knew it, and the Trump administration has upended American policies along with it. The Times foreign affairs columnist Tom Friedman joined us for a DealBook Debrief call to make sense of it all.

President Trump has broken countless norms of political life, both at home and abroad, in ways that Tom said worried him greatly. One area of particular concern is China policy, where Mr. Trump’s hard-line approach is both too headstrong and counterproductive. Of Beijing’s leaders, Tom said, “they know as long as Trump is president, he can never galvanize the global coalition” against them.

• “We are going to see innovation on steroids.”

Not all of the upheaval of recent months has been bad. While acknowledging the toll of the pandemic on lives and livelihoods, Tom said that changes brought about in response to the coronavirus have set us up for “one of the most massive, amazing, creative and destructive periods of human history.” Innovative thinking, aided by advanced and cheap technology, could bring major changes to how we live and work.

Has the pandemic wiped out the idea of globalization? Tom — whose book“The World Is Flat” examined the increasing interconnectedness of the 21st century — doesn’t think so. “It’s flatter than ever because when it comes to globalization, I am a technological determinist,” he said, pointing to the ubiquity of smartphones. “Technology is not just interconnecting the world,” he added. “It’s actually making the world interdependent.”

Cooking the Books podcast: Side hustles that don’t suck