Home » Business » When Getting Money Hurts

When Getting Money Hurts

When a 31-year-old stepped up to the microphone at a recent New York City conference on women and money, she asked a surprising question: “What do you do when getting money hurts?”

She had been sexually assaulted in the military when she was 22, she said, and was finally receiving disability payments because of the psychological effects of the attack.

So, every month, in her bank account, was not only a deposit but also a reminder of what had happened.

“I was getting that money, and I couldn’t save it,” said the woman, who asked to be identified only by her first name, Jennifer. “I couldn’t do anything with it. I was spending it because I wanted to get rid of all of it.”

Although financial compensation can be an enormous benefit, it can also be a source of great pain, whether it comes from an injury, a divorce, the loss of a parent in an accident, or an attempt by someone to make amends.

“You feel the trauma, and at the same time, you feel so much freedom,” said Jennifer, now a part-time elementary schoolteacher. “My student loans were paid off, but I was raped. At the end of the day, that money was from a terrible incident.”

How should people handle financial gain, a supposed symbol of freedom and power, when it derives from events that made them feel trapped or powerless? It is a good question for the growing number of financial therapists, who, according to the website of the Financial Therapy Association, can help people “think, feel and behave differently with money.”

“We have set up this idea in our culture that when there’s an injury, there’s a dollar amount that can compensate,” said Amanda Clayman, a licensed clinical social worker and financial therapist based in Los Angeles. “While that may be true in terms of liability, money cannot serve as a substitute for our own work of healing.”

The first thing, she said, is to realize that the money will not fix what happened.

“If you had PTSD around a certain experience, it might make sense, in the initial phase, to limit your exposure to the trigger,” Ms. Clayman said. So, if getting a deposit monthly in your regular checking or savings account is tough, you might consider having the money deposited in a separate account. But at some point, she said, the finances will have to be dealt with.

“It may help to view the money as an opportunity for healing,” Ms. Clayman said. “Time and time again, money brings our attention to areas where we need to grow. Just think, ‘This money is opening a door for me to walk through.’”

She said that in cases of trauma, the best course was to deal with the hurt directly and not think you were going to get around that if only you could find a “right” way to deal with the money.

When you are ready, Ms. Clayman recommends making a plan for the date the money will be deposited. Expect to feel the emotions around that, she said, and then face them head-on. 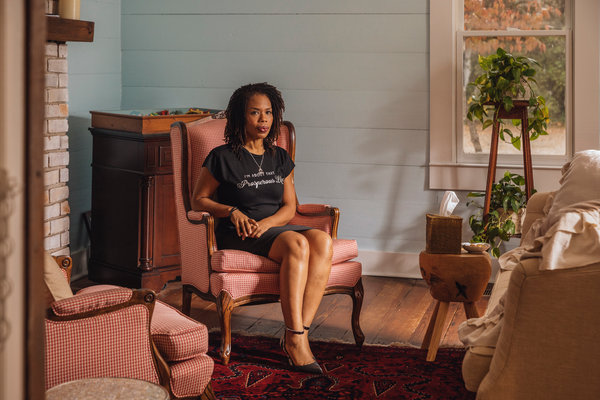 “You have to tell yourself: ‘This is the day the money’s coming in. I’m going to have complex feelings about that, and I’m just going to practice good self-care, because the truth is, something bad did happen to me,’” she said. “Instead of cutting ourselves off from that feeling, money gives us a tool to help us constructively work through it. It’s about accepting that money has come into your life in this way, and using it to help you heal.”

Jennifer has undergone therapy as a result of her rape. Now she moves the money over to savings almost as soon as it is deposited and gives a portion to philanthropic causes. While the payments still remind her of the attack, she said they were also a reminder that someone had believed her account.

“I’m very thankful that I receive that much money,” she said, “but I also wouldn’t wish that on anybody.”

As a specialist in financial therapy who is based near Atlanta, Kiné Corder encourages clients to deal with the trauma separately. “You know it’s still there when every time the money comes, it breaks your heart a little,” she said. Consulting a professional can help, she added, but it is also important to rewrite your story about what the money means.

“If you just tell yourself, ‘This payment is a reminder of what happened to me,’ then that’s the meaning that’s attached to that payment,” she said. “If you can attach a different meaning to the payment — ‘Every time I receive a payment, I heal a little bit more and a little bit more’ — if you could say that, then that would shift your brain from thinking, ‘I’m so hurt. This terrible thing happened to me,’ to ‘I’m healing.’”

If the money is a result of someone’s death, Ms. Corder suggested using it the way that person would have wanted. Or, if it’s from a traumatic episode, the money might be best used for an experience that brings feelings of joy or power. You might also decide that you’ll give part of it away to help other victims.

Once that stage ends, a new one can begin.

Such was the case after a truck going 65 miles per hour hit Elisa Hays, then the owner of a touring entertainment company, as she ran to safety from an accident on a two-lane highway in Oklahoma in 2014. The force threw her body 90 feet, where it was impaled on the center median’s cable barrier. More than two years later, after being treated for traumatic brain injury and kidney failure, having 20 surgeries, selling her business and enduring insurance fights on multiple fronts, she pursued litigation and received a large sum in damages.

“I was just so grateful to be done with what had been an agonizing emotional process,” said Ms. Hays, who is now a leadership speaker. “I just felt relieved for it to be over. And then it got weird. Trauma produces so many crazy emotions, from a grief response of losing the person that I was, losing my hopes and dreams and assumptions about my future, to a kind of euphoria that I’m alive and I’m going to celebrate by buying new cars. ‘I’m not dead; let’s go on vacation!’”

She said she took once-in-a-lifetime trips, gave her children more than she could have otherwise and became a donor to charity.

To other people in similar situations, Ms. Hays said: “I would advise to decide ahead of time, before the money arrives, to say, ‘Ok, I deserve to feel good, because everything has been pain and suffering for a long time.’’ But decide how much that is, and then put everything else into an investment fund.”

She said that when you had more money than you had ever seen in your checking account, it was easy to burn through it. After a year, she decided she had to put it in a place that wasn’t so easy to get to.

“I’m looking at these big dollars sitting in my bank account, and thinking I could somehow buy back time,” she said. “It’s so stupid when I say it out loud. I’m a smart person — I know you can’t buy happiness. But when there’s been so much suffering, and then you’re given so much money, you feel like you’ve paid the price, you deserve it, and everyone around you deserves it.”